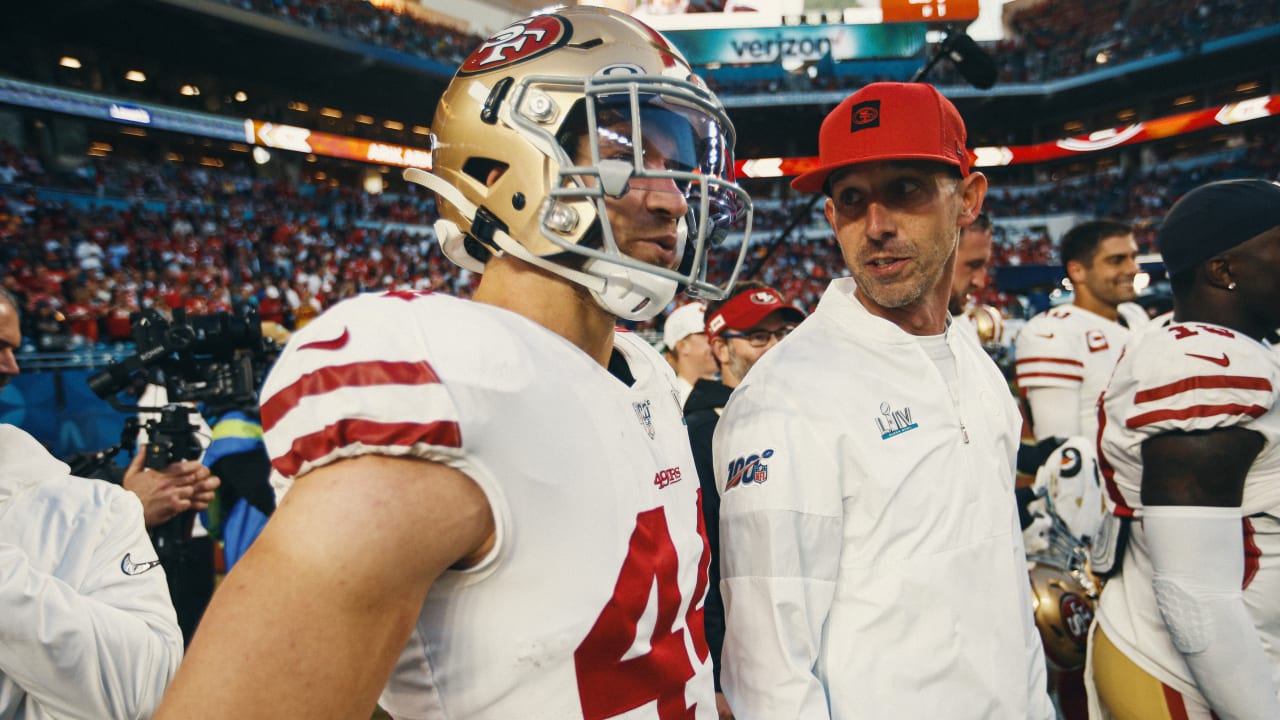 An emotional ﻿Kyle Juszczyk﻿ spoke to the media at the close of the 49ers 2020 season. Heading into the second free agency of his career and a shrunken salary cap across the league, nothing was promised for a return to San Francisco.

“Kyle (Shanahan) is going to do everything he can to keep us all together,” Juszczyk said back in early January.

The 49ers head coach kept his word, bringing back several key players at the start of the new league year, including Juszczyk, who was signed to a five-year extension through the 2025 season. Juszczyk adds to kicker ﻿Robbie Gould﻿ as the 49ers lone remnants of John Lynch and Shanahan’s first free agency class.

Amid Juszczyk’s criteria for potential landing spots, San Francisco was his top destination entering into free agency. Location, scheme fit, Super Bowl contention, compensation and being near his hometown of Cleveland all influenced his decision. The 49ers checked all (but one) box, including his closeness with the 49ers staff.

A series of unexpected late-night Tweets from owner Jed York and Lynch dropped distinct hints that a deal was underway for the fullback. While celebrating York’s 40th birthday, the 49ers were simultaneously securing the finishing touches of Juszczyk’s extension, which led to an impromptu (and undisclosed) series of premature celebratory FaceTime calls.

“Honestly, it’s so cool to be a part of that and to get FaceTimes from your owner and your GM and your head coach and speak with their families and be comfortable like that,” Juszczyk recalled. “It’s just real conversations and real genuine joy. That’s why I feel so connected to this this program.

In addition to the 49ers front office, Mike McDaniel was another of the many congratulatory FaceTime calls the fullback received. Back in January, McDaniel was promoted to offensive coordinator after serving as the team’s run game coordinator (2018-20) and run game specialist (2017). He helped orchestrate San Francisco’s offense that averaged 131.1 rushing yards per game, ranking sixth in the NFL between the 2019-20 seasons.