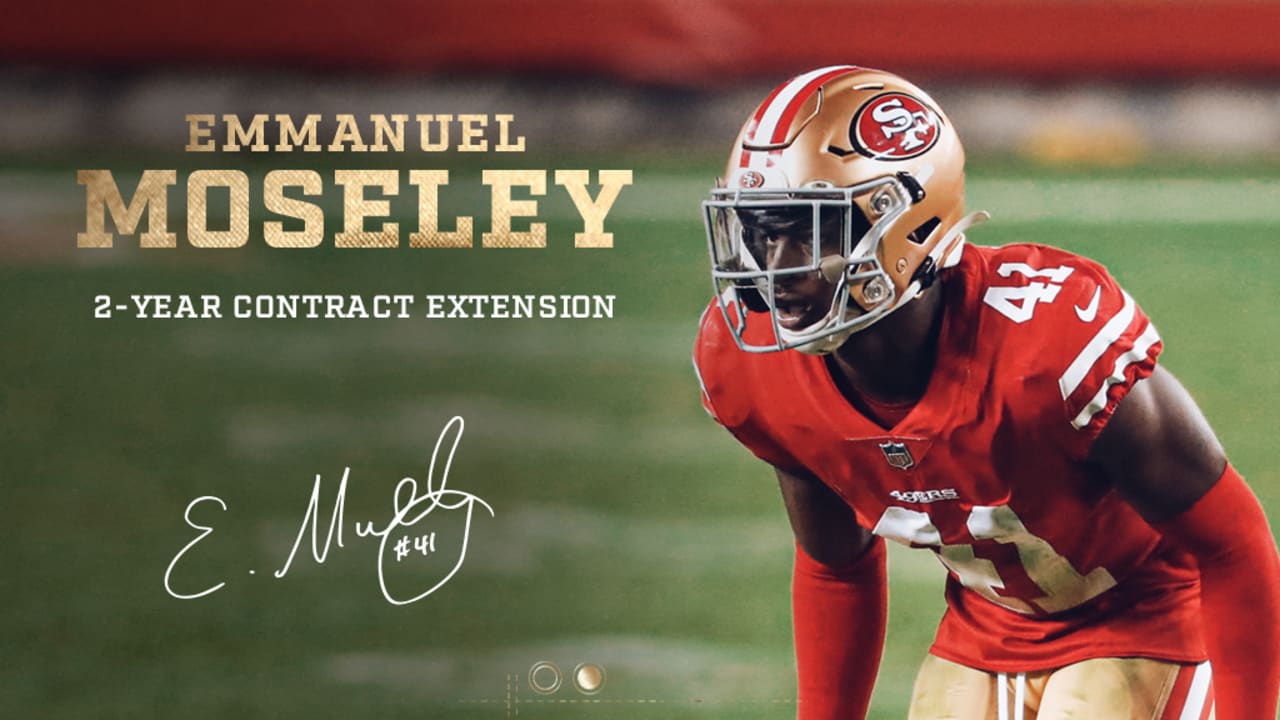 The San Francisco 49ers announced on Monday that the team has signed CB ﻿Emmanuel Moseley﻿ to a two-year extension through the 2022 season.

“Emmanuel is a great example of how we look to build our football team,” said General Manager John Lynch. “After originally joining us as an undrafted player, he put in the time and effort and we have watched him develop into a key contributor on both defense and special teams. We are excited to keep him as a 49er for the next few seasons.”

A 24-year-old native of Greensboro, NC, Moseley attended the University of Tennessee (2014-17) where he appeared in 51 games (30 starts) and recorded 142 tackles, 31 passes defensed, two interceptions and 9.5 tackles for loss.