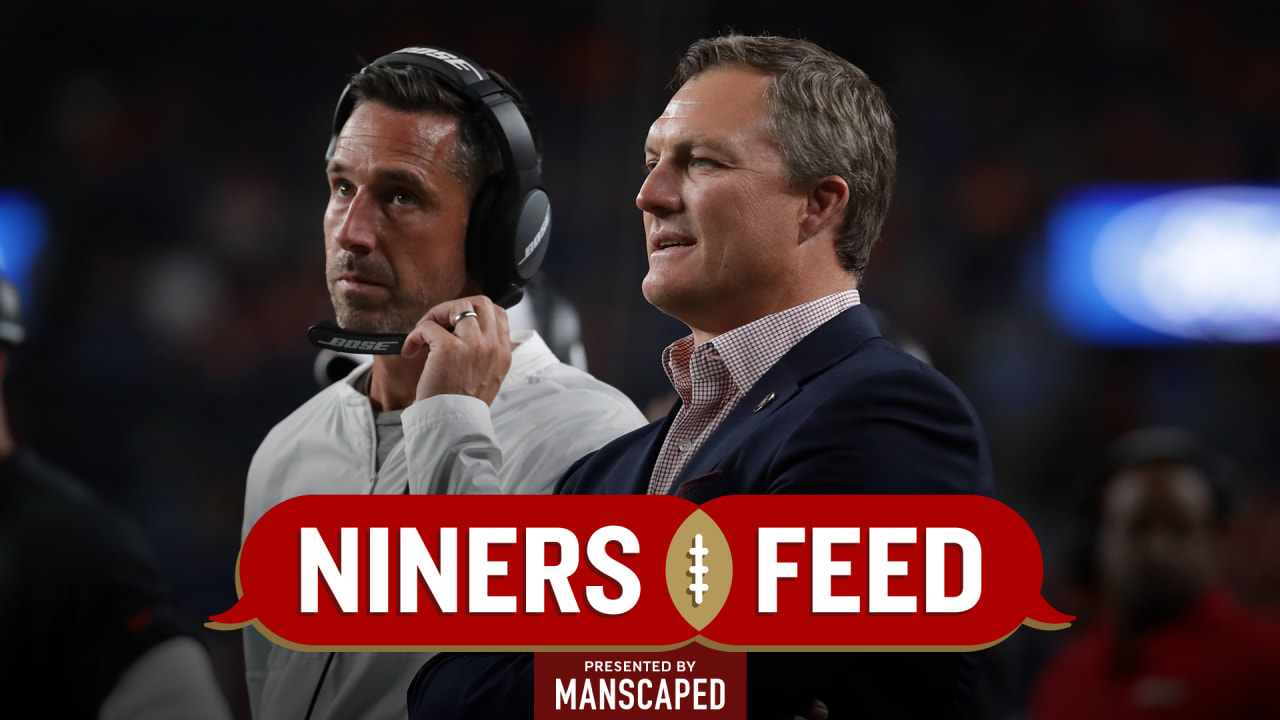 The buzz has continued to swirl surrounding Shanahan and his admiration for a quarterback like Jones. While he isn’t as flashy as some of the other signal callers in the draft, Jones’ quick processing in the pocket stands out among his competition. His mental strengths, accuracy, decision-making skills and ability to diagnose defenses has Jones considered by some as the most “pro-ready” quarterback in the draft.

Nothing is set in stone. Literally, nothing. And there’s a chance that although the vast majority of the national media project the Jets to select Wilson second-overall, they could opt to go a different route to lead their franchise (Fields has also been tied to New York as of late). Wilson has pinpoint accuracy and a natural athletic ability to throw from several arm angles. He’s also a dual-threat quarterback who can extend plays with his legs. His history at BYU working off of boot action, his rocket arm and ability to create explosive plays inside and outside the pocket would make him an ideal fit for Shanahan in San Francisco.

Hear me out. The 49ers gave up quite a bit of capital to jump up to No. 3 overall. Of course, Lynch and Co. have likely zeroed in on a prospect or two (or three) and pending how the phone rings on April 29, San Francisco could feel comfortable enough to move a few spots back and still land their quarterback of the future. They could manage to do all of this and re-acquire some draft capital that will allow them to pick up another early-round prospect or re-collect lost picks for the future. Hey, stranger things have happened.

While it’s not likely the 49ers invested three first rounders to move up in the draft to select a non-quarterback option, it’s also not impossible. One of the most intriguing players in this year’s draft happens to be a tight end. Florida’s Kyle Pitts sits among the Top 3 on many analysts’ draft boards and has been regarded as the top non-quarterback option in this year’s draft. Pitts boasts a rare combination of size, athleticism, speed and pass catching abilities that allows teams to align him all over the field. He creates problems for linebackers and cornerbacks and possesses elite ball skills. He has drawn comparisons to Kansas City Chiefs tight end Travis Kelce and would add yet another layer to Shanahan’s creativity on offense. Again, while this option is not likely, it’s still fun to imagine what Shanahan could do with a playmaker like Pitts on offense.

Why Didn’t the 49ers Address the Receiver Position in the Draft?

Jimmy Garoppolo Reaching Out to Trey Lance ‘Speaks to His Class’