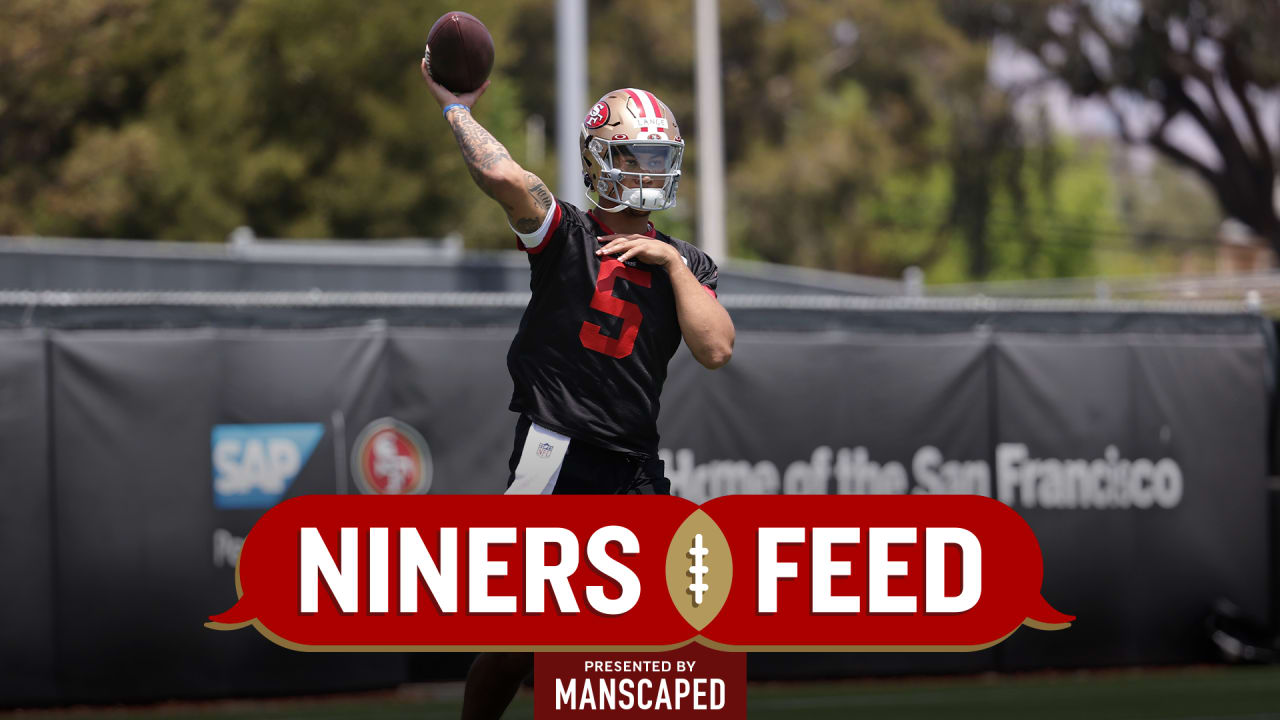 On Friday, the San Francisco 49ers held their first rookie minicamp of the season at the SAP Performance Facility. In addition to the 49ers eight draft selections, all five of the team’s undrafted rookies, several tryout players and other veterans were on hand for the hour-long session.

1. The 49ers had 23 participants in total on hand for the session, including five tryouts. Those trying out included, first-year cornerback KiAnte Hardin out of Pittsburgh State, second-year cornerback Adonis Alexander, who signed a reserve/future contract with the 49ers in January and was waived on May 4, 2021, fifth-year safety Blake Countess, third-year tight end Alex Ellis and seventh-year wideout Marqise Lee.

In addition to the 49ers tryouts, fullback ﻿Josh Hokit﻿ and wide receiver ﻿Jauan Jennings﻿ were also on hand for the session.

2. Of the participants on hand, there were six defensive backs, four wide receivers, four offensive linemen, three linebackers, two tight ends, two running backs, one fullback and one quarterback. There were no defensive linemen on hand for the session, so no pass rush or 11-on-11 work.

3. The group underwent individual drills in addition to 7-on-7 work. ﻿Trey Lance﻿, who was the star of the day, made his practice debut since being drafted No. 3 overall in April. The majority of his passes were short underneath throws, however, the rookie put his arm strength and quickness on display.

During the group’s 7-on-7 periods, the first-year signal caller notched just four incompletions (two drops) on the day on roughly 24 passing attempts.

Between his first two 7-on-7 periods, Lance connected on 12-straight passes before his first incompletion of the day.