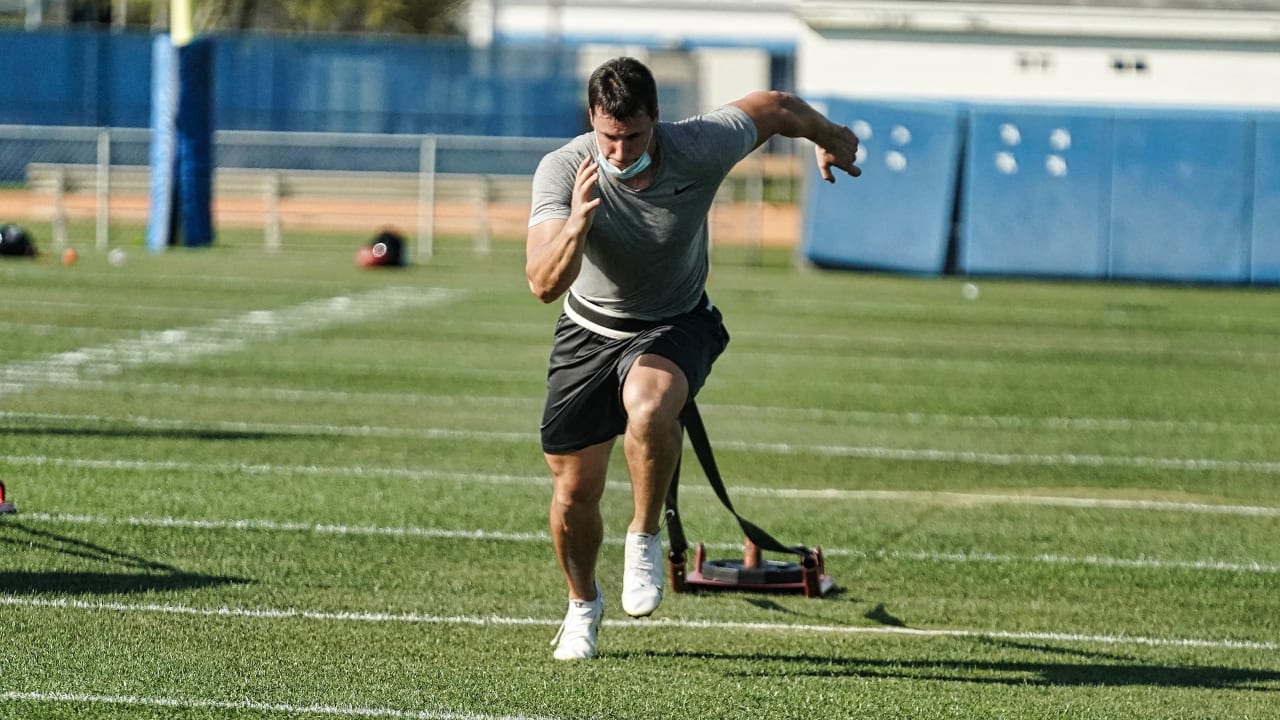 In 2004, Rolando Cantu used the International Practice Squad Program as a jumping off point for his professional career with the Cardinals. Rod Graves, then the general manager of the team, called the offensive lineman to offer a spot after Cantu impressed during a stint in NFL Europe.

Cantu, a Mexico native, was a success story: He made the practice squad that season and was promoted to the active roster for the final game of the 2005 season. Even so, there was an early learning curve.

“The first memory I remember was getting off the plane at 10 p.m. on a Wednesday night and it was mid-June,” Cantu said. “It was like 104 degrees and I was like, ‘Oh my God.’ I was supposed to run with the strength and conditioning group at 7 a.m., but when I got here, they had to show me the ropes with H.R. and I had to sign some paperwork, so I didn’t run until 9 a.m., and it was already 107 degrees. That day I said, never again will I run at 9 a.m. I’m running with the early group.”

Tight end ﻿Maxx Williams﻿ has already reached out to welcome Seikovits, who must try to acclimate quickly on and off the field.

The Cardinals can choose to keep Seikovits as a roster-exempt 91st player in 2021, but that would keep him on the practice squad and make him ineligible to play. That decision doesn’t have to be made until the end of training camp, which gives Seikovits time to make an impression.

“I’m aiming for the active roster,” he said. “I’m trying to compete with everybody in here. I’m trying to get a role on special teams and maybe a little third-string or second-string tight end. I’m really looking forward to the challenge.”

Cantu said the most important thing is for Seikovits to stay tuned in to the football work even if the world seems to be spinning at a breakneck speed. Seikovits said that he currently doesn’t have a car or a phone.

“It’s going to be a culture shock,” Cantu said. “We know you’re going to have to look for a place to live and look for a new bank account. But all those things will fall into place. For the most part, maintain the focus. You were chosen because you’re one of the best players in the world, and you’ve got to show up now.”

Seikovits seems to be handling it well so far. He went on a run Friday and marveled at his new surroundings. Other than a few weeks at the IMG Academy in Bradenton, Florida, he has never spent time in the United States.

“I’m like a kid with really big eyes soaking everything up,” Seikovits said.

When he steps on the field, Seikovits won’t have long to adjust, but he doubts that will be a problem.

After being bypassed in the Pathways Program a year ago, Seikovits added weight and improved his athleticism to get a shot with the Cardinals. Now he feels more than ready.

“To be honest, since my road was so long to get to this point, I’ve prepared my mind for this opportunity,” Seikovits said. “Basically everything I’ve done the last two, three years, I did it because of this moment and this opportunity. I don’t see a reason why I have to be nervous.”