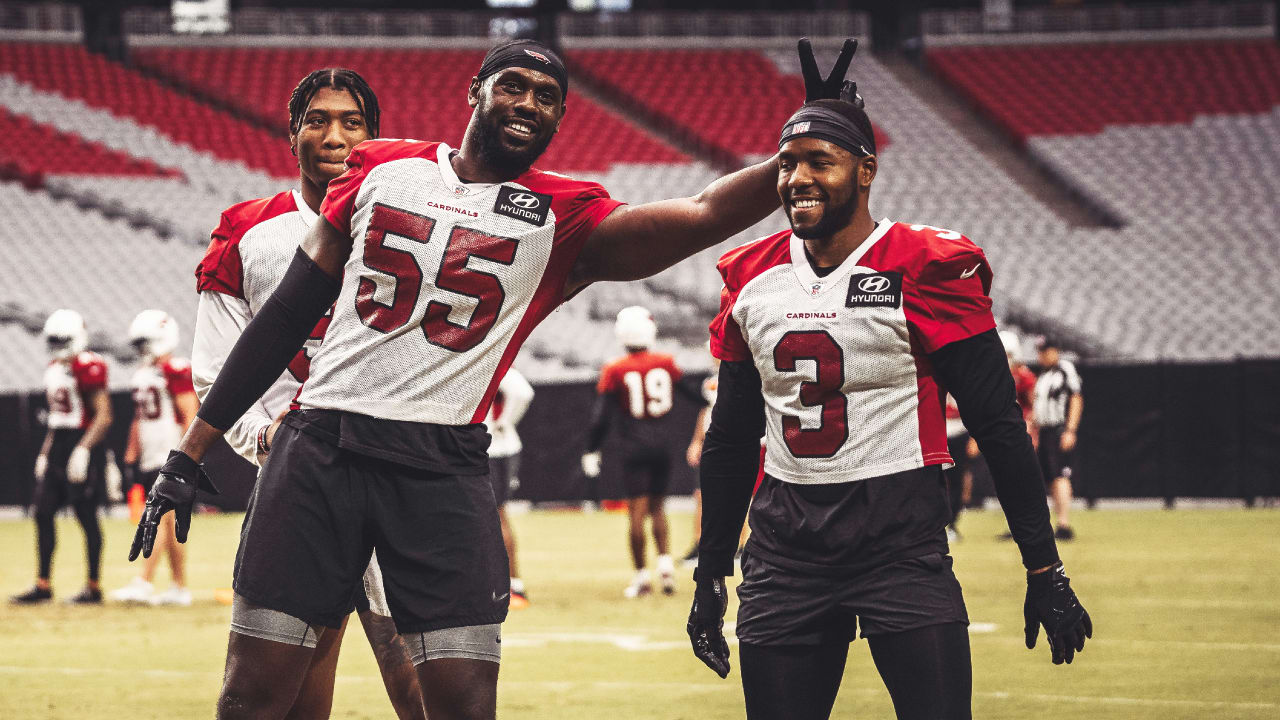 When it’s suggested that the departure of Patrick Peterson played a role in this change, Baker says no. Peterson was a great leader, he said, but “I feel like it was going to be inevitable for me to do this myself.”

There was a reason Baker was given the captain’s “C” after Chandler Jones went down with a season-ending injury. He was already morphing.

Now, though, “I’m more consistently vocal, not letting average stuff get by,” Baker said. “For me (in the past) I’d see average things and I might call it out, might not call it out. This year, definitely seeing average stuff, I’m calling it out. Helping players, whoever needs help. I know a lot of guys don’t like to ask questions, but I’ll walk up to different players and tell them different things they could have done, or if they need help for this situation, I can help.”

He’s helped the secondary. He’s helped with the playcalls with young linebackers Zaven Collins and Isaiah Simmons. His example will remain second to none, but the wisdom now comes with it.

“Budda has always been a grinder and played with a reckless mentality, (but) over the past year I’ve seen him evolve as a leader,” GM Steve Keim said. “A lot of good players try to be leaders. It’s not natural for many and doesn’t come off as authentic. Budda has become much more vocal and taken the reins as the guy who will light the fire and hold his teammates accountable. He may be a small player, but make no mistake, he’s a grown man and no one has a bigger heart in the NFL in my opinion.”

That’s aside from his play, of course, which gives him the stature he has in the first place. Being more talkative as a leader may have been the only spot Baker had left in which to improve.

“He’s as good as anyone on the field week in and week out and I think if you asked the players and coaches around the league, they would say the same,” coach Kliff Kingsbury said. “There is a ‘wow’ factor when you turn his tape on.”

The whole package is what Baker is hoping the No. 3 represents by the time his career is done – although that change, unlike his personal one, did come at a cost.

Players who switch jersey numbers have to pay to buy out the remaining stock of their old jerseys across the retail landscape. Baker already did it once when he went from 36 to 32. So how much did it cost him this time?

“Not too much,” Baker said with a smile. “Not the (price) you’ve been seeing on Dalvin Cook’s and all that. Not that much. But a pretty penny.”