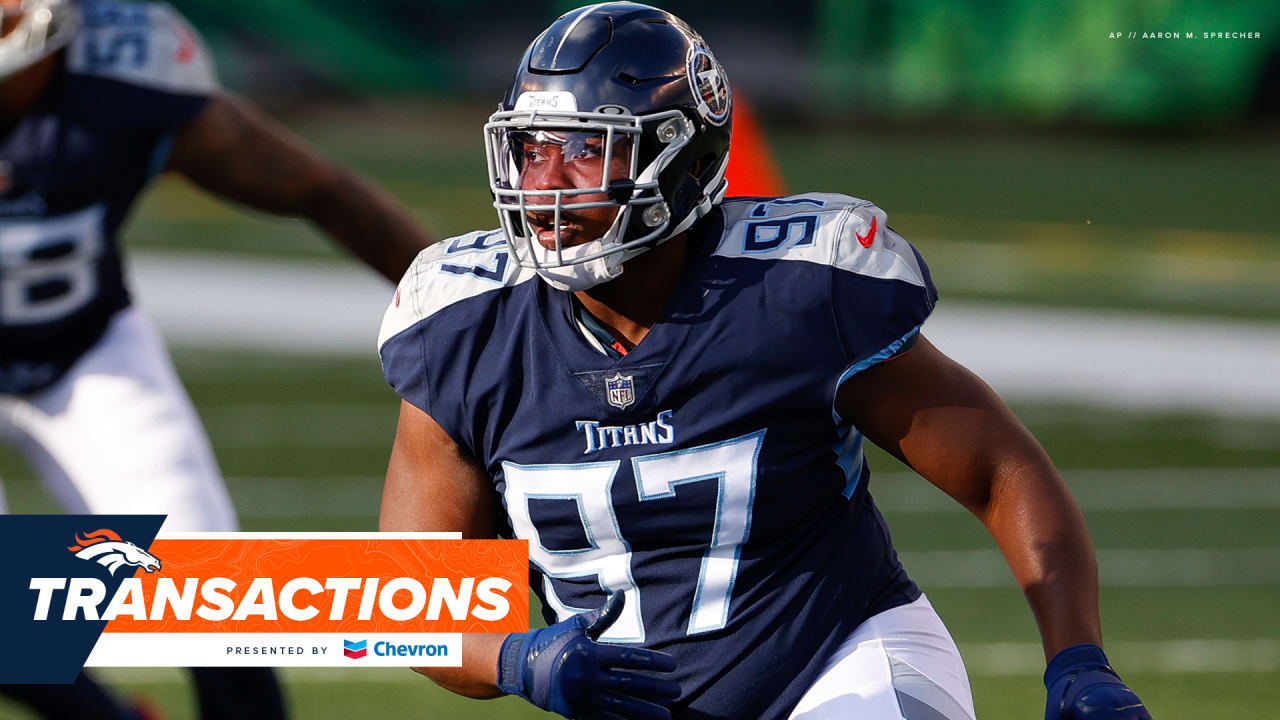 ENGLEWOOD, Colo. — The Broncos have added depth to their defensive line.

Mack, who is entering his third year in the NFL, is a former undrafted free agent from the University of Tennessee at Chattanooga.

Mack appeared in eight games in 2020, as he played six for the Titans and two for the Patriots. He joined New England after being waived by the Titans in early November. Mack recorded three total tackles on the season and a quarterback hit.

As a rookie in 2019, Mack played 13 games for Tennessee and started one. He posted eight tackles, two quarterback hits, 1.5 sacks and a fumble recovery.