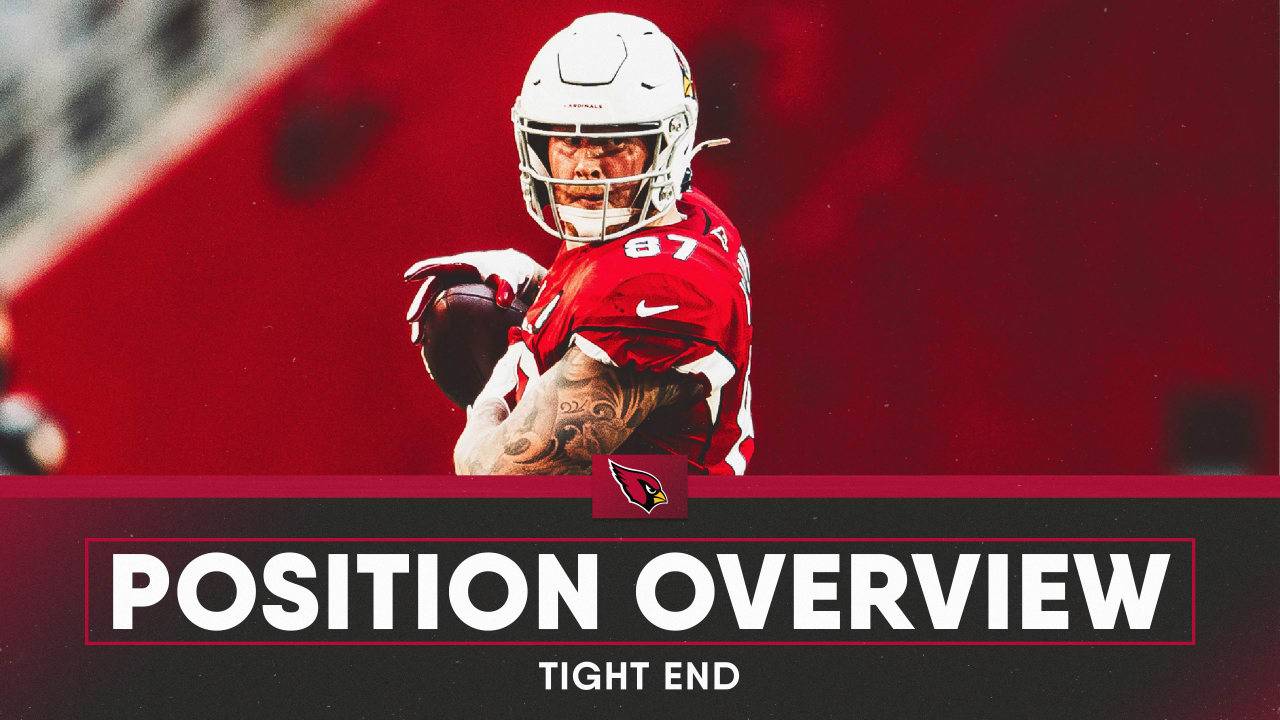 With July here and training camp scheduled to start soon, azcardinals.com will take a look at the Cardinals’ individual position groups during this quiet time in the NFL and give our opinions about where the groups stand prior to camp. Today, tight ends.

With Dan Arnold leaving in free agency – the top pass-catching tight end – there was a hole left. But Williams has been the main guy since he arrived and, assuming he can stay healthy, he is a good start for how and when the Cardinals would prefer to use the tight end. Daniels has been a steady reserve the last couple of years, although probably not a player the offense can lean on for extended periods of time.

Behind the main two options are a handful of mostly inexperienced players. Seikovits, part of the NFL’s international player program, is a long shot to make the team. The others may be too, although until training camp (and preseason games) arrive, it will be difficult to tell.

Kliff Kingsbury already said an addition is likely in the room, and it would make sense to add a vet to Williams and Daniels. Who that would be, and how they would arrive (whether it be as a free agent or in trade) is TBD. It’s not like the Cards go to the tight end often. But it’s still a position in need.