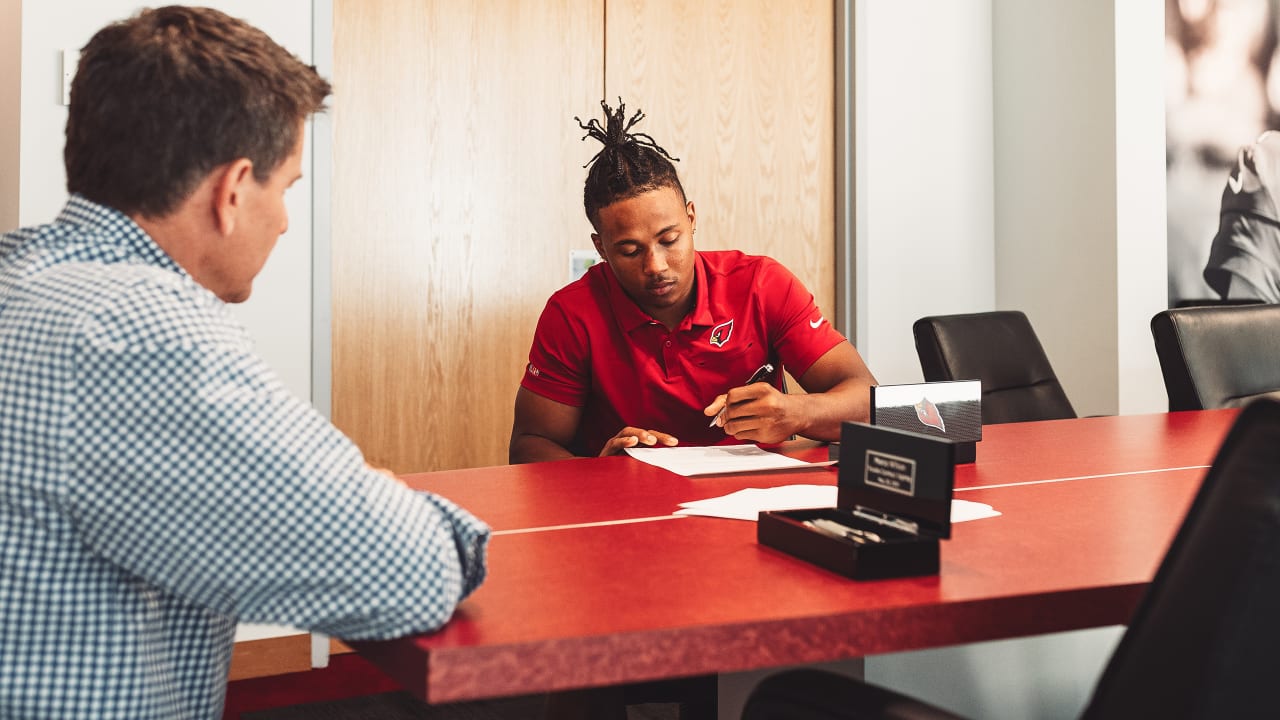 The road to the NFL is always hard, and the 2021 draft class had the added difficulty of navigating the COVID-19 pandemic last season.

The group persevered, and three of the picks can now officially say they are NFL players.

“There was a lot of pressure with everything being thrown at the whole world,” Wilson said. “It’s a relief to sign my contract, and I’m just ready to play some football now.”

The trio was chosen on Day 3 and will look to make a quick impression this offseason. Wilson has the most likely path to become a significant contributor, as the fourth-rounder could compete for playing time at cornerback if he impresses the coaching staff early on.

Wiggins, a seventh-round pick, may need to make the team from a special teams perspective before getting a chance on defense.

Menet was the Cardinals’ final draft pick and is also hoping to land on the 53-man roster. The three-year starter at Penn State will aim to acclimate quickly and make a run for one of the backup interior offensive line spots.

The draft picks left to be signed are first-round linebacker Zaven Collins﻿, second-round wideout Rondale Moore﻿, sixth-round outside linebacker Victor Dimukeje and sixth-round cornerback Tay Gowan﻿. With the rookie slotting system in place, it usually doesn’t take long to get the full class under contract.