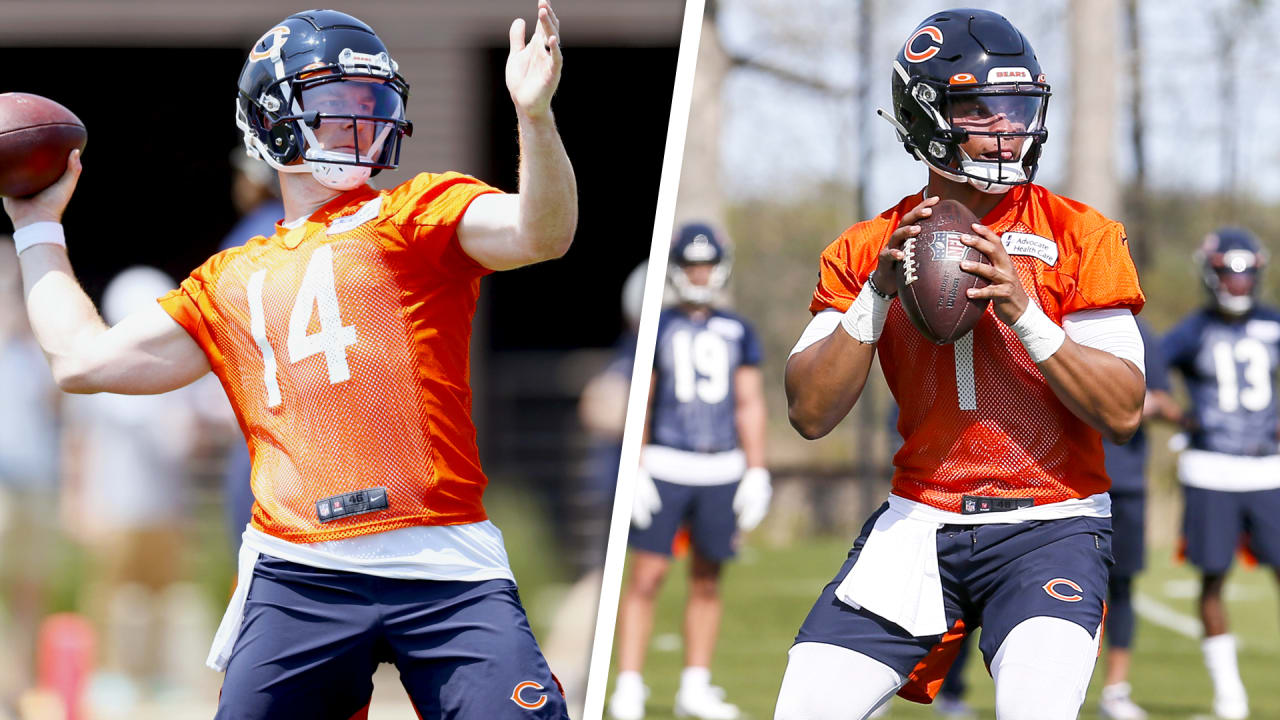 Selected by Cincinnati in the second round of the 2011 draft out of TCU, Dalton was voted to the Pro Bowl in three of his first six seasons and helped lead the Bengals to the playoffs in each of his first five years in the league.

In Cincinnati, Dalton worked closely with current Bears offensive coordinator Bill Lazor, who served as Bengals quarterbacks coach in 2016 and offensive coordinator in 2017-18. The 6-2, 220-pounder was named to the Pro Bowl in their first year together after passing for 4,206 yards, the second highest total of his career.

“Bill and I have a great relationship,” Dalton said after signing with the Bears. “I really enjoyed my time working with him. It wasn’t just him as a coach; it was him as a person, him as a friend. I think that’s going to make this whole transition here a lot easier just because we have this past relationship.”

In Dalton’s only season with the Cowboys last year, he became the team’s starter after Dak Prescott sustained a season-ending ankle injury. Appearing in 11 games with nine starts, Dalton completed a career-best 64.9 percent of his passes for 2,170 yards with 14 TDs, eight interceptions and an 87.3 passer rating. His best performance came in a 37-17 Week 16 win over the Eagles when he threw for a season-high 377 yards and three TDs.

In late April, the Bears boldly traded up nine spots with the Giants to draft Fields, a talented dual threat quarterback at Ohio State.

Fields compiled a 20-2 record as a starter for the Buckeyes the past two seasons, connecting on 68.4 percent of his passes for 5,373 yards with 63 touchdowns and nine interceptions while also rushing for 867 yards and 15 TDs on 218 carries.

“The kind of player the Bears are getting is a versatile player,” Fields said after the draft, “a player that can make plays both with my arm and also with my legs and, of course, a smart player; a player that’s going to make smart decisions and a player that wants to win, that’s willing to do whatever to win. That, of course, is my No. 1 job, however that may be, whatever my position may be on the team.”

In each of his two years at Ohio State, Fields quarterbacked the Buckeyes to the Big Ten title, an undefeated regular season and a berth in the College Football Playoff while being named Big Ten offensive player of the year and first-team all-conference.

As a junior in 2020, Fields threw for 2,100 yards with 22 TDs and six interceptions and rushed for 383 yards and 5 TDs on 81 carries while starting all eight games. He led the Buckeyes to a 49-28 win over Clemson in a national semifinal contest, throwing for 385 yards and six touchdowns while playing through a painful injury he incurred while taking a hard hit.

Coach Matt Nagy has made it clear that Dalton will be the starter and Fields will learn behind him. The Bears are confident that Fields is in an excellent environment to succeed, having the opportunity to work with and learn from veteran quarterbacks Dalton and ﻿Nick Foles﻿ as well as Nagy, Lazor and pass game coordinator/quarterbacks coach John DeFilippo.

“I think it’s going to be exciting for him to just come in here and learn how to be a professional quarterback,” Nagy said during the offseason. “It’s not going to happen overnight. He’s going to be able to learn from great coaches and from great players that are going to be in the same room as him.

“And he knows that. He’s super mature, he’s very focused, but he’s competitive as hell. Sometimes that pushes people. I think it certainly pushes him, but he does it in a respectful way and he’s had a lot of success doing it.”

Fields told reporters in June that he buys into the plan.

The Bears’ No. 3 quarterback will be Foles, a 10-year NFL veteran who led the Eagles to their first Super Bowl championship in 2017. Foles was acquired by the Bears in March 2020 from the Jaguars in exchange for a compensatory fourth-round pick. He appeared in nine games with seven starts last season, completing 64.7 of his passes for 1,852 yards with 10 TDs, eight interceptions and an 80.8 passer rating.

Dalton and Fields have already created a bond on and off the field.

“He’s talked to me a lot,” Fields said. “I actually went to dinner with him and his wife, so we talked a lot there. Andy has completely taken me under his wing. Any question that I have for him, he’s going to answer, even when I’m throwing. There was one day after OTAs, I was throwing extra after practice, and he stayed out there specifically to see maybe what I was doing wrong. He was just trying to help me out.”

“Absolutely,” he said. “Everybody should enjoy it. All our experiences in our lives are for us and other people. You’re just trying to pass that along.”