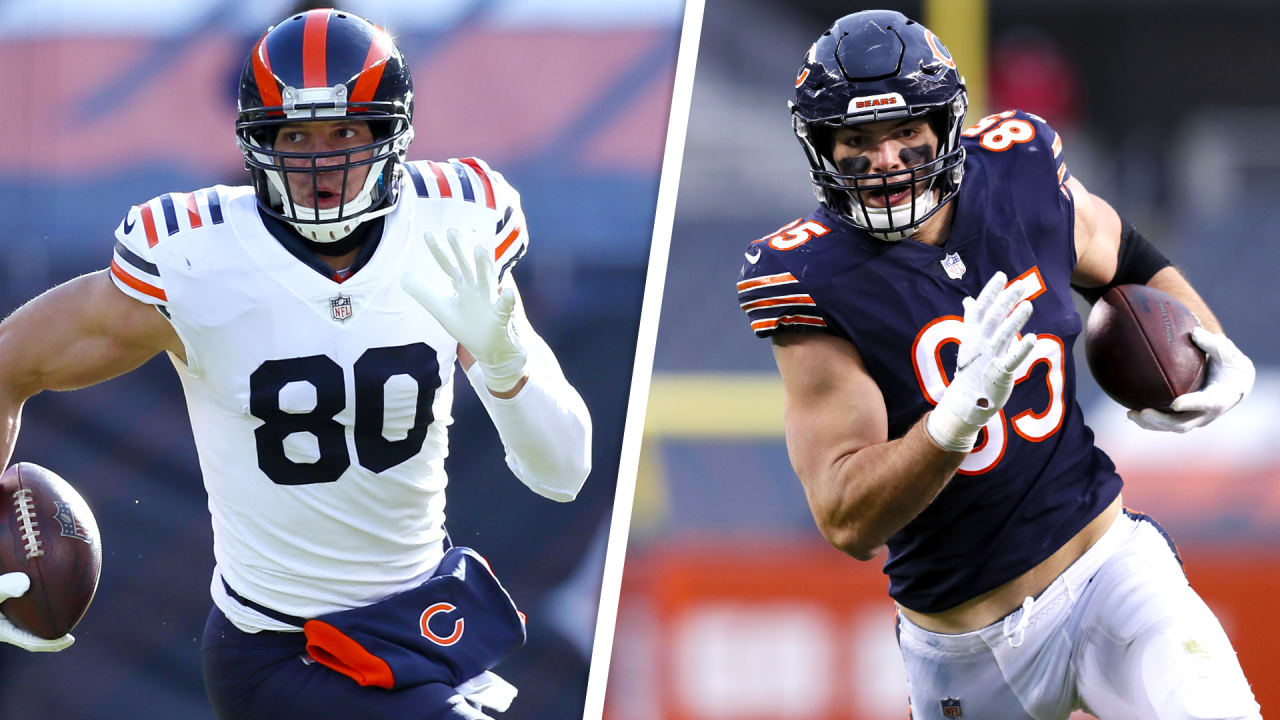 Last season Graham led the Bears with eight touchdown receptions, catching 50 passes for 456 yards while playing all 16 games. The eight TDs were three more than he compiled in 32 contests the previous two years with the Packers.

Graham briefly contemplated retiring after the Bears lost to his former team, the Saints, in last season’s playoffs. But he ultimately decided to return for a 12th NFL campaign after speaking to general manager Ryan Pace and coach Matt Nagy.

“I certainly did [consider retiring] for a second there, for a little bit, [but] I’ve got a lot of unfinished business,” Graham said. “It was very difficult for me to go back in the dome and especially to lose. I’m a pretty fiery person. I’m a pretty enthusiastic person. And I hate losing, simple as that.

“It was a lot of frustration there because I haven’t won a ring, and that’s all I think about. So just knowing that it’s another year, I wasn’t sure what I was going to do. But I talked to Ryan and I talked to Matt, and I’m on board and I’m ready to do whatever it takes to get back in that position and to move forward and hopefully to make a run.”

Graham is one of the most prolific tight ends in NFL history, ranking fourth all-time at the position with 82 touchdown receptions, sixth with 699 catches and eighth with 8,339 receiving yards. But the 34-year-old has never reached the Super Bowl—despite playing with future Hall of Fame quarterbacks Drew Brees, Russell Wilson and Aaron Rodgers.

“Jimmy’s done a lot of things individually,” Nagy said. “He’s scored a lot of touchdowns. He’s been playing with a lot of great quarterbacks. He’s been in great offenses. He’s won a lot of games. But I say this and I mean this: This guy cares about one thing and one thing only, and that’s that trophy. He wants to win the Super Bowl. That’s the only thing he cares about.

“So, for him to decide to come back here and to continue to play, he’s not doing it for records. He’s not doing it because he just wants to play a little bit more or get one more year in. He’s doing it because he believes that we have the ability to be really good. He knows that. And he is a valuable, valuable piece of this offense in so many different ways—in the classroom, at practice and on game day—that is just worth every penny.”

Graham is excited to continue mentoring Kmet. The 2020 second-round pick from Notre Dame took advantage of expanded playing time late last season, catching 20 passes for 149 yards and one touchdown in the final five games after recording eight receptions for 94 yards and one TD in the first 11 contests.

“He’s just a pro, the way he handles himself and the way he works,” Graham said. “He’s in there all the time, getting bigger, getting stronger, completely focused. He never rests on his laurels. He’s going to give 100 percent effort all the time on everything he does. He’s just a special kid.

“For him, there’s truly no ceiling. He can be as good as he wants to be. I’m excited to be a part of that, to help him get there and to win some games with him. He has a bright future and it’s been special to be able to help him do that.”

The depth chart behind Graham and Kmet is wide open. Those competing for roster spots in training camp and the preseason will include returnees J.P. Holtz and Jesper Horsted and newcomers Jake Butt and Scooter Harrington﻿.

Holtz has appeared in 30 games with eight starts the past two seasons with the Bears, catching seven passes for 91 yards.

Horsted joined the Bears in 2019 as an undrafted rookie from Princeton, where he played receiver. He appeared in six games with one start as a rookie, catching eight passes for 87 yards and one touchdown. Horsted spent all of last season on the Bears’ practice squad.

This year the Bears signed Harrington as an undrafted rookie from Stanford and added Butt to the roster after he participated in the team’s full-squad minicamp on a tryout basis.

Butt was selected by the Broncos in the fifth round of the 2017 draft out of Michigan. He was being projected as a second-round selection before sustaining a torn ACL in his final college game with the Wolverines. Injuries limited the 6-6, 250-pounder to just eight games in four seasons with the Broncos.