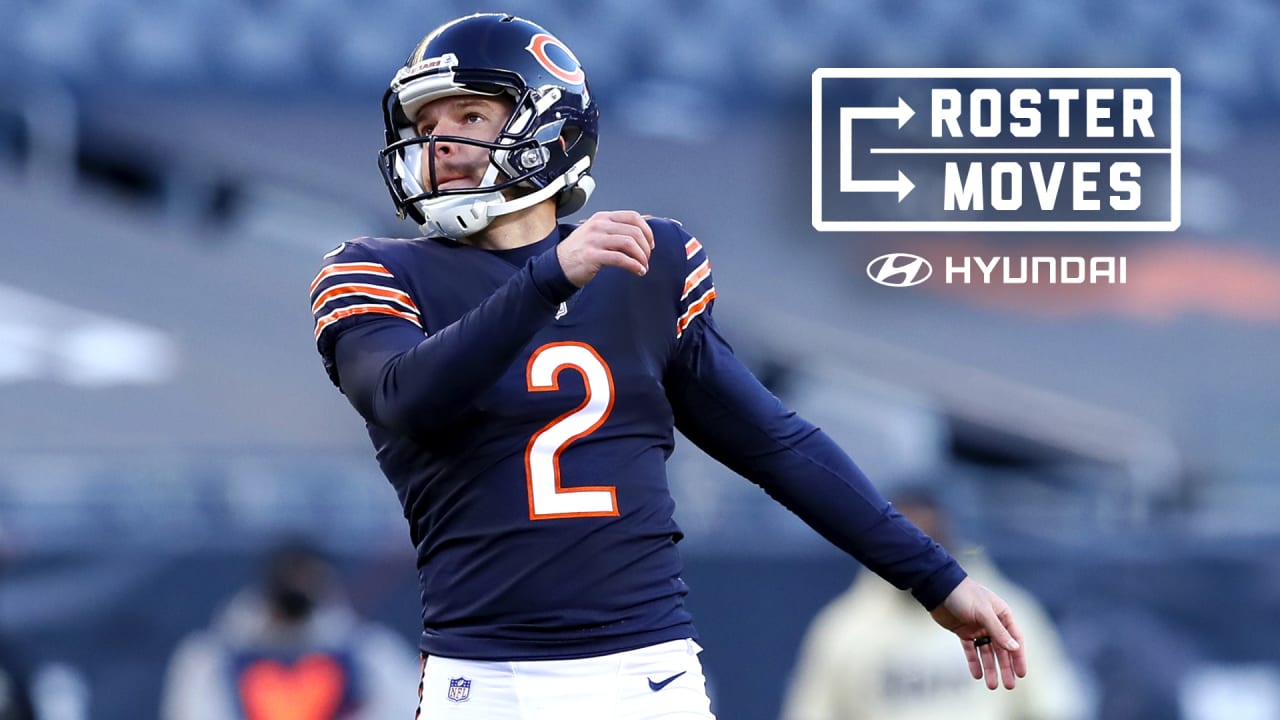 Santos was named NFC special teams player of the month for December. In four games, he made nine field goals without a miss, helping the Bears register three straight wins over the Texans, Vikings and Jaguars to put them in position to earn a wild card berth in the playoffs.

Santos was named NFC special teams player of the week after he made field goals of 31, 55 and 31 yards without a miss in a 23-16 win over the Panthers last Oct. 18 in Carolina. His booming 55-yarder with :02 left in the first half was a career-long and gave the Bears a 13-6 halftime lead.

A week earlier, Santos had lifted the Bears to a 20-19 win over the eventual Super Bowl-champion Buccaneers by drilling a 38-yard field goal with 1:13 remaining in a Thursday night game at Soldier Field.

Santos excelled early in his career, converting 84.8 percent of his field-goal attempts (89 of 105) during his first four NFL seasons with the Chiefs from 2014-17. But after aggravating a groin injury in a Week 3 win in 2017, he was placed on injured reserve and then released by Kansas City.

Santos signed with the Bears later that season. He appeared in two games, making 1 of 2 field-goal tries, but he hurt his groin again and landed on injured reserve. He kicked for the Rams and Buccaneers in 2018 and the Titans in 2019 before rejoining the Bears in 2020.

With Eddy Piñeiro sidelined by a groin injury last summer, Santos was promoted from the practice squad to the active roster before the season opener against the Lions in Detroit. Santos made the most of his opportunity, producing arguably the best season by a kicker in Bears history.