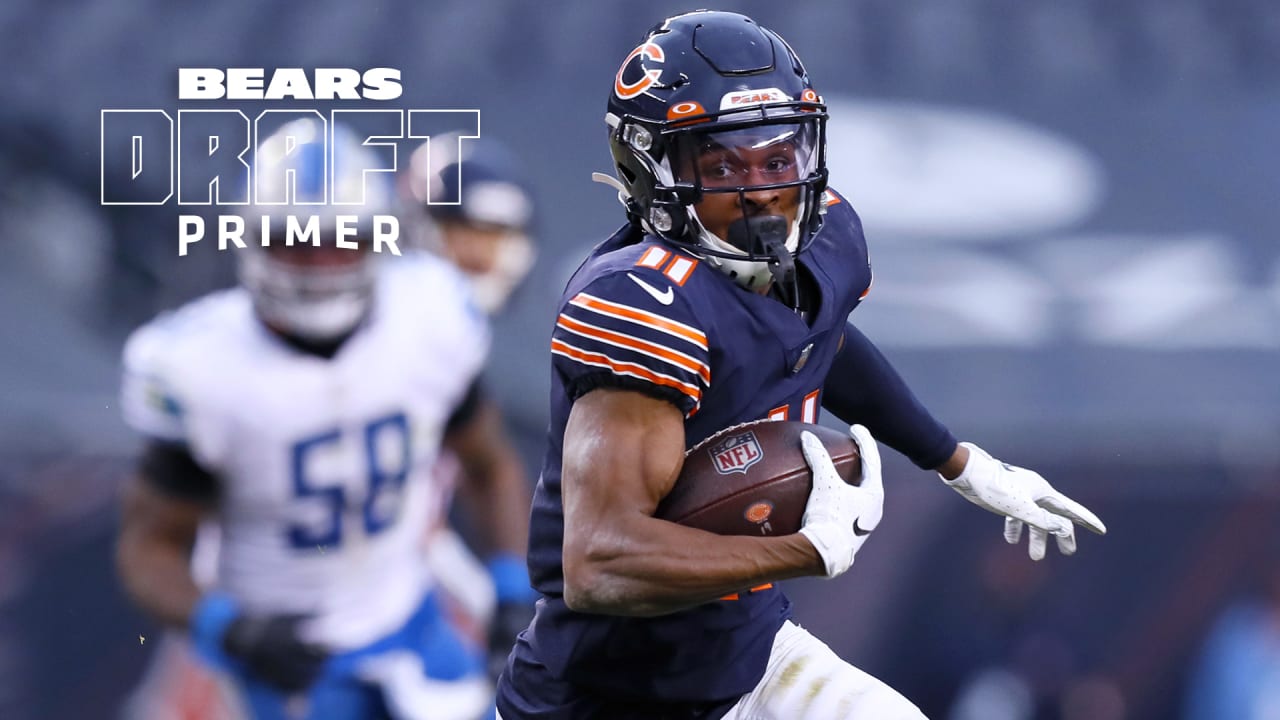 Blanda spent the first 10 seasons of his NFL record 26-year career with the Bears from 1949-58. He exited as the franchise’s all-time leading scorer with 541 points, but now ranks fifth. Blanda was inducted into the Hall of Fame in 1981.

Fortunato was voted to five Pro Bowls in 12 seasons with the Bears from 1955-66 and was named to the NFL’s All-Decade Team for the 1950s. He was a key member of the 1963 NFL Championship team. Fortunato recorded 16 interceptions and 22 fumble recoveries during his career.

Jones played 12 of his 13 NFL seasons with the Bears from 1954-65. He was voted to seven Pro Bowls and was a three-time first-team All-Pro. He was a key member of the Bears’ 1963 championship squad and was enshrined in the Hall of Fame in 1991.

J.C. Caroline, defensive back (1956 seventh round)

Caroline played 10 seasons with the Bears from 1956-65. He had 24 career interceptions, tied for eighth in franchise history with Doug Buffone. The Illinois product was voted to the Pro Bowl in his first season with the Bears in 1956 after leading the team with six interceptions. He spent one season in the CFL before joining the Bears.

Morris played his entire NFL career with the Bears from 1958-67. He remains the franchise’s all-time leading receiver with 5,059 yards. He was a key member of the 1963 championship team and was voted All-Pro in 1964 when he led the NFL in all three main receiving categories with 93 receptions, 1,200 yards and 10 TDs.

Pyle, a Chicago area native who attended New Trier High School, played his entire nine-year NFL career with his hometown team from 1961-69. Pyle anchored the Bears offensive line and was voted to the Pro Bowl in 1963.

Known by younger generations as a fiery Bears postgame radio host, O’Bradovich displayed that same temperament on the field for 10 seasons from 1962-71. He made a key play in the 1963 NFL title game against the Giants, intercepting a Y.A. Tittle pass and returning it 10 yards to the New York 14 to set up the winning touchdown. Like Pyle, O’Bradovich was a local product who attended Proviso East High School and the University of Illinois.

A physical, hard-hitting safety, Plank played his entire NFL career with the Bears from 1975-82, starting 96 of 101 games played. The famed “46” defense was named after Plank’s jersey number.

Chosen with the Bears’ final selection in the 1975 draft, Harper played his entire NFL career in Chicago from 1975-82. A perfect complement to superstar Walter Payton, Harper was an excellent blocker. But he could also run with the ball, rushing for 3,044 yards and 15 touchdowns in his career, including 992 yards and six TDs in 1978.

Dent played 12 of his 15 NFL seasons with the Bears and remains the franchise’s all-time leader with 124.5 sacks. He was a key member of the 1985 Bears championship defense and was named MVP of Super Bowl XX. Dent was enshrined in the Hall of Fame in 2011.

Chosen 16 spots behind Dent, Bortz played his entire NFL career with the Bears from 1983-94. The two-time Pro Bowler was a converted college defensive tackle who was part of some of the best offensive lines in NFL history. Bortz appeared in 13 postseason games, the most by any player in Bears history.

Leno was voted to his first Pro Bowl in 2018 when he helped the Bears win the NFC North with a 12-4 record. He’s been very durable throughout his career, having started 93 straight games dating back to Week 4 of the 2015 season when he was promoted to the No. 1 offense.

Jordan Howard, running back (2016 fifth round)

Howard became the first Bears player to rush for at least 1,000 yards in each of his first two seasons. He was voted to the Pro Bowl as a rookie after finishing second in the NFL in rushing with 1,313 yards and then followed with 1,122 yards in 2017.

Tags: bears he was