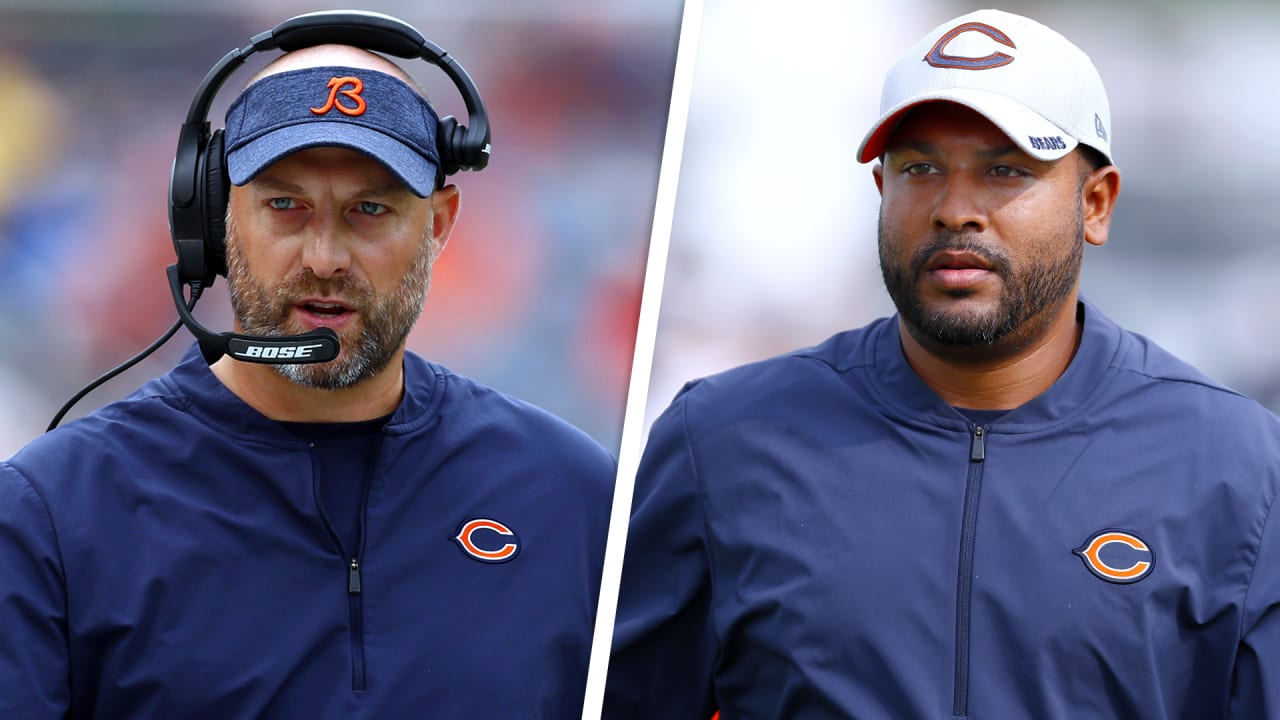 In his role as a quality control assistant, Desai worked with Bears defensive backs and linebackers while also assisting on special teams.

During the search for Pagano’s replacement, former Bears outside linebacker Sam Acho offered a strong endorsement of Desai. In one Twitter post, Acho wrote: “The Bears don’t have to look far for their next DC. Sean Desai has been ready for that role for years. He was Vic Fangio’s right-hand man for 4 years, & helped craft that defense to greatness. Smart, talented, knows ball and has all the credentials. All he needs is an opportunity.”

Desai began his coaching career at Temple, his alma mater, in 2006, serving as a defensive assistant and special teams coach for five seasons. As special teams coordinator in 2010 at the age of 27, he was one of the youngest coordinators in college football.

Desai was assistant director of football operations at the University of Miami (Fla.) in 2011 before spending the 2012 season as running backs coach and special teams coordinator at Boston College.

Desai earned his doctorate in educational administration, with an emphasis in higher education, at Temple in May 2008, serving as an adjunct professor at the school in 2009 and 2010, teaching in the master’s and doctoral programs in education administration.

Although Desai didn’t play football in college or the NFL, he nevertheless has developed a close bond with the Bears players he’s coached.

“He has an unbelievable connection with these players,” Nagy said. “And what I find fascinating is when you go through the process, every person that we talk to, they all have their strengths and weaknesses. And one of the big obstacles and hurdles that Sean has always had to go through coming through the ranks is the fact that he did not play college football, he did not play in the NFL, he did not play in the Arena League. But that said, to see the way the guys respect him and the way that he works and how he got to this point, it was really neat.

“I’m just really excited and looking forward to him putting his spin onto this defense. He’s been waiting for this for a long time and now the opportunity’s here and I’m really, really excited for him and our team.”

Desai no doubt will lean on veteran coach Mike Pettine, who was hired by the Bears Feb. 10 as a senior defensive assistant. Pettine has spent two seasons as an NFL head coach with the Browns (2014-15) and nine years as a defensive coordinator in the league with the Jets (2009-12), Bills (2013) and Packers (2017-20).

“I’ve always had a lot of respect for the way that he does things,” Nagy said. “Coming in with the first-year coordinator in Sean Desai, what I thought was beautiful about our conversations, the three of us, was that there’s just zero ego involved the whole way through. So coach Pettine really is here [to be] a sounding board for Sean and him to be able to ask questions when he has an idea or thought, or confirmation.”