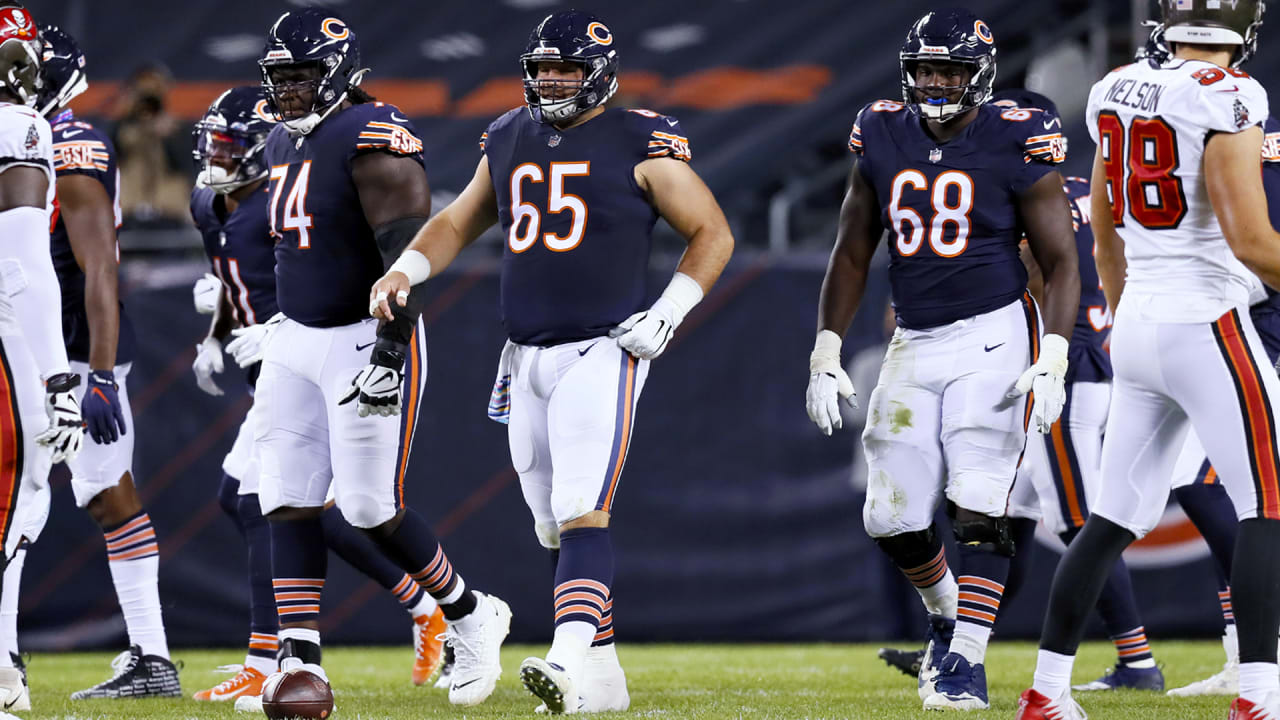 The one-for-all, all-for-one mentality is being preached by veteran offensive line coach Juan Castillo, and his players are eating it up.

“We’re a close-knit group,” said right tackle ﻿Germain Ifedi﻿. “We really care for each other. We do everything together. We try to be one heartbeat. We don’t try to be individuals.

“Unfortunately, it can happen. But our line here—me, Cody [Whitehair], James [Daniels], all of us with experience on the line—have really hammered that point home; that we’re about unity. We’re all about doing things together and having camaraderie, and we know that’s going to feed into what we do on the field come the [regular] season and preseason.”

Improved play from a reconfigured line keyed an offensive resurgence over the second half of last season. During the Bears’ bye week in October, Ifedi was moved from right guard to right tackle, while Notre Dame products ﻿Sam Mustipher﻿ and ﻿Alex Bars﻿ were inserted into the starting unit at center and right guard, respectively.

In the Bears’ first five games after making those changes, they scored 19 touchdowns and averaged 33.0 points. In their previous seven contests, they had mustered just nine TDs and averaged 16.7 points.

The line hopes to pick up this year where it left off last season. The Bears bolstered the unit this offseason by signing free agent ﻿Elijah Wilkinson﻿, who started 26 games at right guard and right tackle for the Broncos the past three seasons; and spending two of their first three draft picks on tackles ﻿Teven Jenkins﻿ in the second round and ﻿Larry Borom﻿ in the fifth.

Jenkins and Borom have impressed in offseason workouts, but the rate of their development will become much clearer when the pads come on in training camp.

“It’s going to take a little bit of time, and what’s hard with O-linemen is we have no pads right now,” Nagy said. “There are so many rules that we can’t do this and we can’t do that. So once we get into training camp it’s going to be the true test to see really where they’re at. But they’ve been doing great, the young guys, Teven and Larry.”