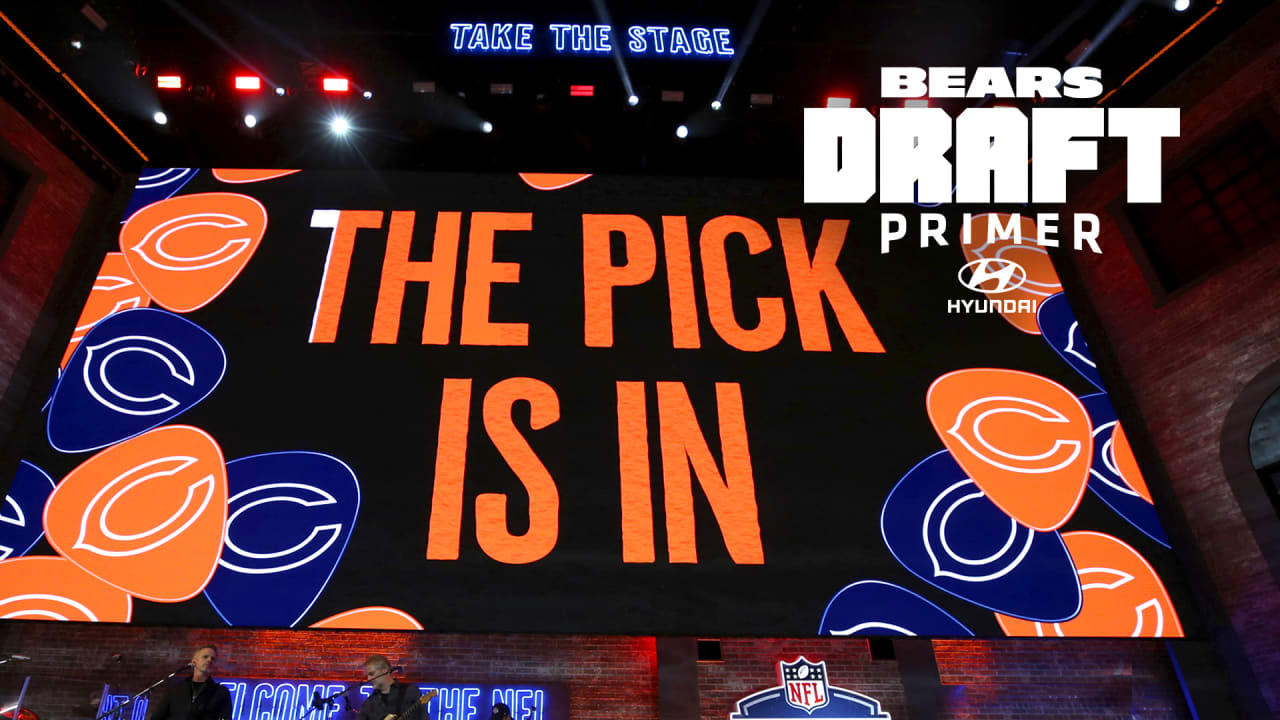 Charles Davis, NFL.com (April 16)
Pick: Miami edge rusher Gregory Rousseau
Comment: The towering pass rusher didn’t quite perform up to expectations at his pro day, but his play speed is evident and his upside extensive.

Kevin Fishbain, The Athletic (April 12)
Pick: Oklahoma State tackle Teven Jenkins (at No. 26 after trading down with the Browns and acquiring a third-round pick)
Comment: Jenkins posted outstanding athletic numbers at his pro day, affirming that teams can feel comfortable taking him in Round 1. He plays with the type of nastiness that this Bears O-line could use. The Bears have some flexibility here. Jenkins could come in as a right tackle, compete with Germain Ifedi and eventually take over that job. If that happens, he could man the right side throughout his career. Maybe his athletic traits, intelligence and versatility allow him to work at left tackle, too, where he could play down the line or compete right away to take over from Charles Leno Jr.
Previous picks: Florida receiver Kadarius Toney (Feb. 25), Minnesota receiver Rashod Bateman (March 29)

Vinnie Iyer, The Sporting News (April 22)
Pick: Oklahoma State tackle Teven Jenkins
Comment: The Bears are in the market for some kind of offensive line impact and getting the prototypical right tackle to be a rock for the running game with a smooth-enough frame for pass protection is a smart move should Toney not be available.
Previous picks: Northwestern tackle Rashawn Slater (Jan. 26), Alabama defensive tackle Christian Barmore (Feb. 18), Florida receiver Kadarius Toney (March 25)

Adam Jahns, The Athletic (April 12)
Pick: Michigan edge rusher Kwity Paye
Comment: A pass rusher? Seriously? Yep. With Paye, the Bears get a pass rusher with a high ceiling while opting to wait until the second round to address their offensive line. Paye was a second-team All-Big 10 selection the past two seasons. As a team captain for the Wolverines, Paye likely also meets some of the intangible requirements that [Bears general manager Ryan] Pace wants his scouts to target in their evaluations.
Previous picks: Virginia Tech tackle Christian Darrisaw (Feb. 25), Oklahoma State tackle Teven Jenkins (March 29)

Mel Kiper Jr., ESPN (April 13)
Pick: Oklahoma State tackle Teven Jenkins
Comment: Jenkins is the last of four offensive tackles on whom I have first-round grades. A three-year starter at right tackle for Oklahoma State, he’s outstanding in the run game. He’d fill the spot created by the release of Bobbie Massie. Chicago could also be in play for a pass-rusher, though it has put a lot of capital toward Khalil Mack and Robert Quinn. A young edge defender such as Jaelan Phillips could be a situational player as a rookie.
Previous picks: Oklahoma State tackle Teven Jenkins (Jan. 26), Florida receiver Kadarius Toney (Feb. 25), USC offensive lineman Alijah Vera-Tucker (March 23)

Todd McShay, ESPN (April 5)
Pick: Florida receiver Kadarius Toney
Comment: Chicago is likely out of reach to trade up for a top-five QB, at least without completely leveraging the organization’s future. So it might as well give Andy Dalton—and his eventual replacement—another playmaker to work with, even after placing the franchise tag on Allen Robinson II. Toney is a different kind of receiver: He isn’t polished, but he’s versatile and explosive. Get the ball to him and he’ll make things happen. The Bears could use that skill set on offense.
Previous picks: Mississippi receiver Elijah Moore (Jan. 7), Alabama quarterback Mac Jones at No. 12 via trade with 49ers (Feb. 9), Virginia Tech tackle Christian Darrisaw (March 4).

Pete Prisco, CBS Sports (April 22)
Pick: Stanford quarterback Davis Mills
Comment: Hey, they have to get their long-term guy at some point. Andy Dalton could play this year and then they could go to Mills next season.
Previous picks: Michigan tackle/guard Jalen Mayfield (Feb. 17), Oklahoma State tackle Teven Jenkins (March 9 and April 3)

Peter Schrager, NFL.com (April 20)
Pick: Minnesota receiver Rashod Bateman
Comment: I think the Bears are prime candidates to move out of the No. 20 spot to collect some additional picks in the later rounds. They love their young WR, Darnell Mooney, but with Allen Robinson on the franchise tag and Anthony Miller’s future unknown, I could see Bateman being the guy if Chicago stays put.
Previous pick: Florida receiver Kadarius Toney (April 8)