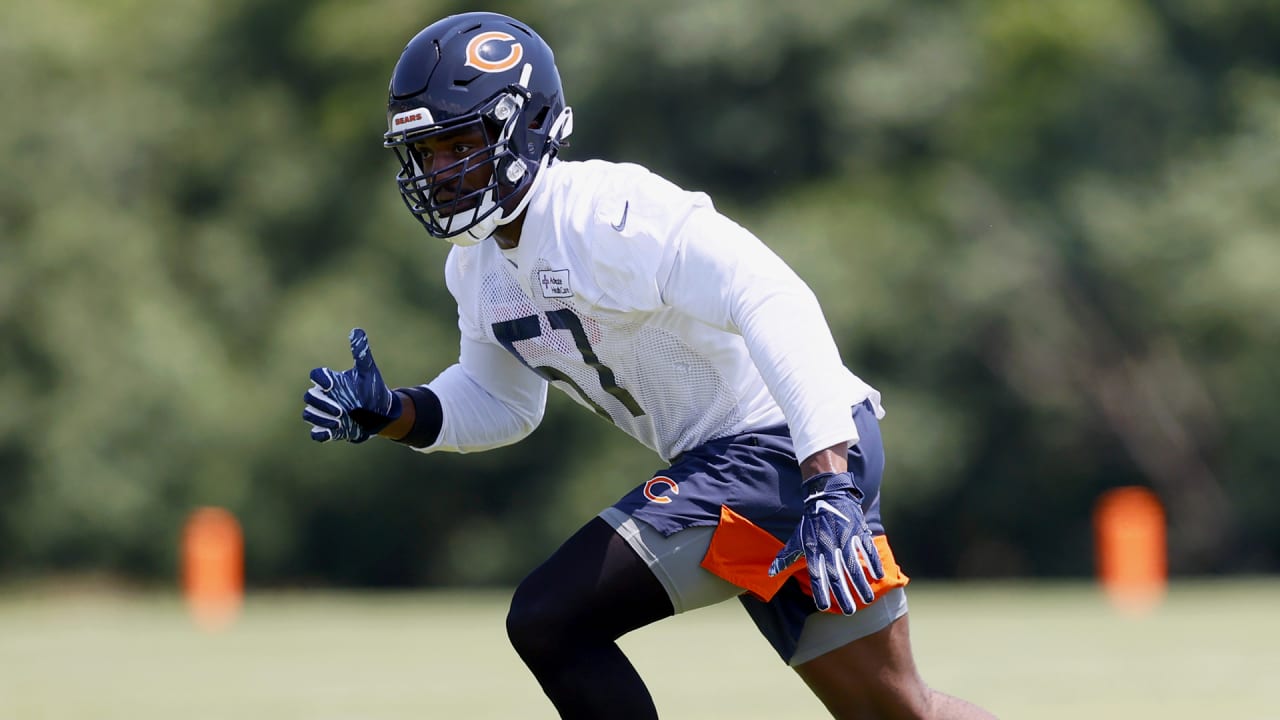 Jones entered the NFL with the Bears in 2014 as an undrafted free agent from Florida State. He appeared in 63 games with 31 starts over four seasons, registering 262 tackles, 4.0 sacks, 10 tackles-for-loss and eight pass breakups. The 6-3, 245-pounder was also a regular contributor on special teams.

Jones then signed with the Lions in 2018 and spent the past three seasons in Detroit, recording 177 tackles, 3.0 sacks, 7.0 tackles-for-loss and eight pass breakups while starting 42 of 45 games played.

The Florida native opted to rejoin the Bears in part because of his familiarity with the players, the defense and defensive coordinator Sean Desai, who was a defensive quality control coach during the linebacker’s first four NFL seasons in Chicago.

A star at Florida State, Jones was being projected as a second- or third-round pick in the 2014 draft. But he went undrafted and, as a result, joined the Bears with a sizeable chip on his shoulder, determined to prove that he could perform at a high level in the NFL.

After seven years in the league, Jones returns to Chicago just as driven as he was as a rookie—but with a slightly different source of motivation.

“[Not getting drafted] kind of molded me into the player I am today,” he said. “Now that I’m older and I have more experience, it’s more about continuing to show that I can still do it. It’s still the same thing, just a little different.”

Jones was a regular starter in all three of his seasons with the Lions. But he’s expected to be a reserve with the Bears behind veterans ﻿Roquan Smith﻿ and ﻿Danny Trevathan﻿. Regardless of what’s asked of him, however, Jones intends to perform his job to the best of his ability.

“I’m ready to do whatever the team needs me to do,” Jones said. “I see myself as a good football player, a starter in this league. But whatever role they want me in, I’m going to embrace it and I’m going to do all I can, and when the opportunity comes up, I’m going to take advantage of it.”