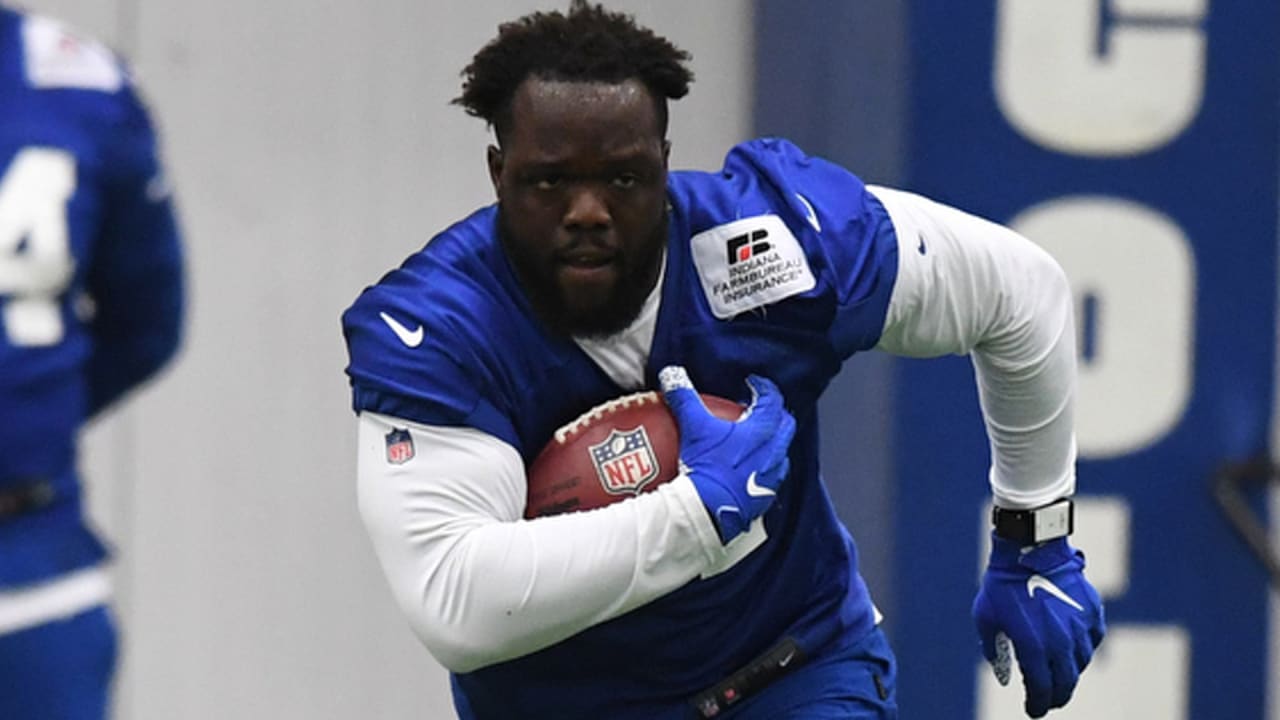 The last few weeks offered the Colts a glimpse into what kind of person and player Kwity Paye can be. And, after hearing from a few folks recently, it’s clear the early returns on the No. 21 overall pick in the 2021 NFL Draft have been encouraging.

“Kwity (Paye) is everything we’re looking for in terms of a character of men and what he brings to the table, and you can see that on his tape,” defensive coordinator Matt Eberflus said. “He has just been outstanding so far with us, working with the D-line coaches and everybody else.”

More specifically: A few of Paye’s new teammates noted his athleticism over the last few weeks while practicing with him at the Indiana Farm Bureau Football Center.

Added defensive end/tackle Tyquan Lewis: “(He’s) fast and explosive off the ball. You can just tell by his first step he’s a great young player coming up.”

But the Colts already knew about Paye’s athleticism — his three-cone drill was borderline legendary, after all. But for Eberflus, there was something he picked up coaching Paye over the last few weeks that he thinks will help the young defensive end quickly acclimate to the challenges of playing in the NFL.

“Some of the things that you look for, you say, ‘What makes him so great? ‘What are the examples of that?’ I would say that his attention to detail,” Eberflus said. “You can tell when you ask him questions about a particular defense, he can dive into the detail and absorb that in a quick manner and be able to give it back out to us on the practice field. That’s been really a pleasant surprise. Not really a surprise, but really a good thing to notice for him because he can pick up a big amount of scheme in a short amount of time.