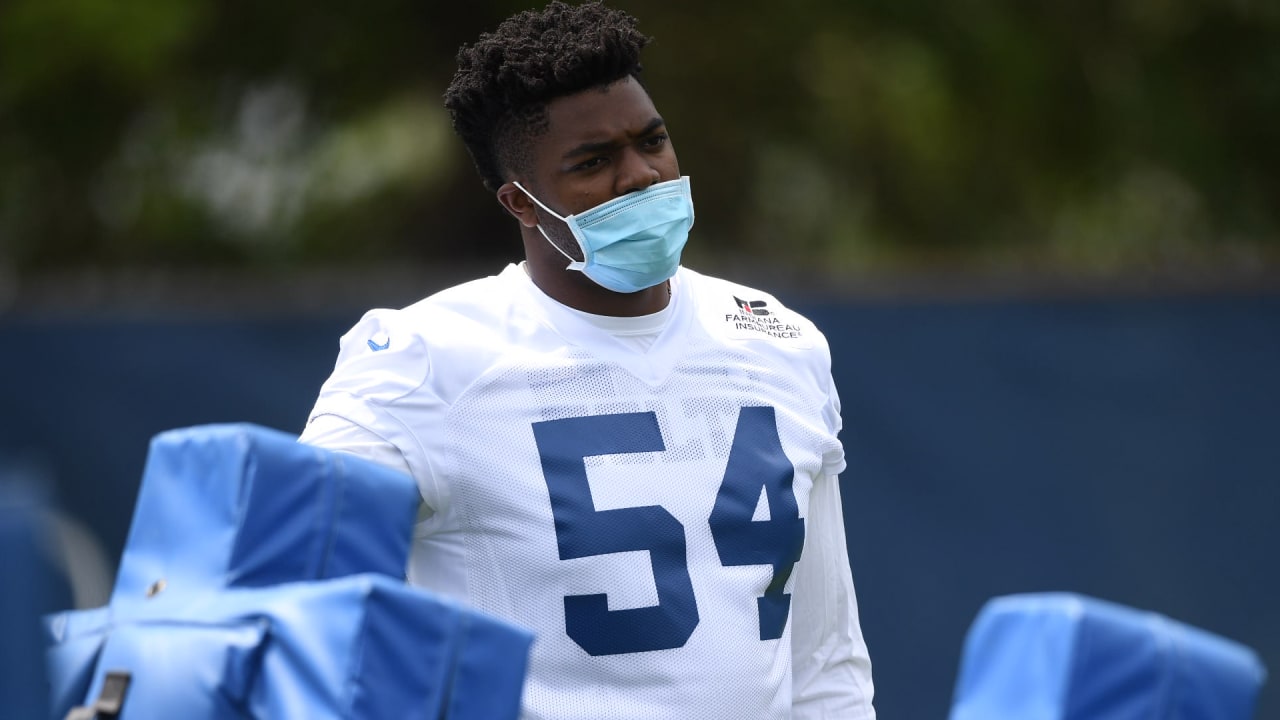 “Hurricane Dayo” arrived in Indianapolis for this weekend’s rookie minicamp, and while he’s not able to get on the field just yet, the second-round pick is looking forward to living up to the nickname bestowed upon him by Colts director of college scouting Morocco Brown.

“I definitely would like to live up to it. I feel like I definitely think that is a solid way to describe the way I play,” Dayo Odeyingbo said. “That disruption I bring to the game — I’m excited to get out there. I mean, I like the name, so I hope it sticks.

“I’m excited to get out there and let the hurricane loose.”

Odeyingbo, who suffered a torn Achilles’ in January while training for the Senior Bowl, said he’s looking forward to this weekend building a bond with the Colts’ other rookies — including first-round pick Kwity Paye — while learning from coaches and getting to know the athletic training staff. And all that will be important in building a foundation to accomplishing what he wants for 2021: Getting on the field.

“The goal is to be back playing this year,” Odeyingbo said. “So that’s what I’m working towards and that’ll play out how it plays out.