On the QB/Wentz chatter: “We are exploring lots of options…I can tell you this, there’s no trade going down today.”

Carson Wentz trade rumors are all the rage right now and his market seems to be heating up just days before Super Bowl LV.

Wentz had his best seasons with Frank Reich on the staff, so the Colts would be an obvious destination if the Eagles pulled the trigger on a trade.

Reich, currently head coach of the Colts, used to be the Eagles’ offensive coordinator, so the Colts come up often when there’s talk about where Wentz might go in a trade.

During an appearance on The Dan Dakich Show Friday, Colts general manager Chris Ballard was asked about the rumors of interest in possibly acquiring Wentz.

“We are exploring lots of options . . . I can tell you this, there’s no trade going down today,” Ballard said, via Kevin Bowen of 107.5 The Fan.

The Colts had interest in acquiring Matthew Stafford before he was traded to the Rams and Wentz may not be their only option at the position.

The Colts currently only have Jacob Eason under contract for 2021 at quarterback, so there will be a move made on their part, it’s just uncertain that it’ll involve Wentz and the Eagles. 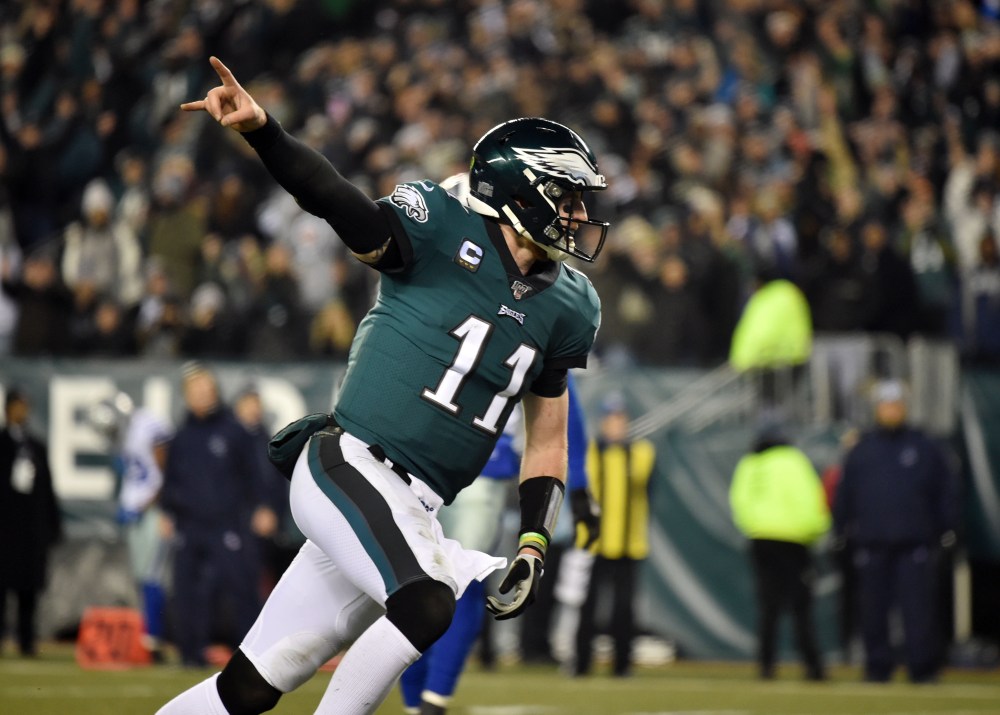 LeSean McCoy has high praise for the Eagles' Miles Sanders

Caleb Farley could be an option for Eagles in first-round