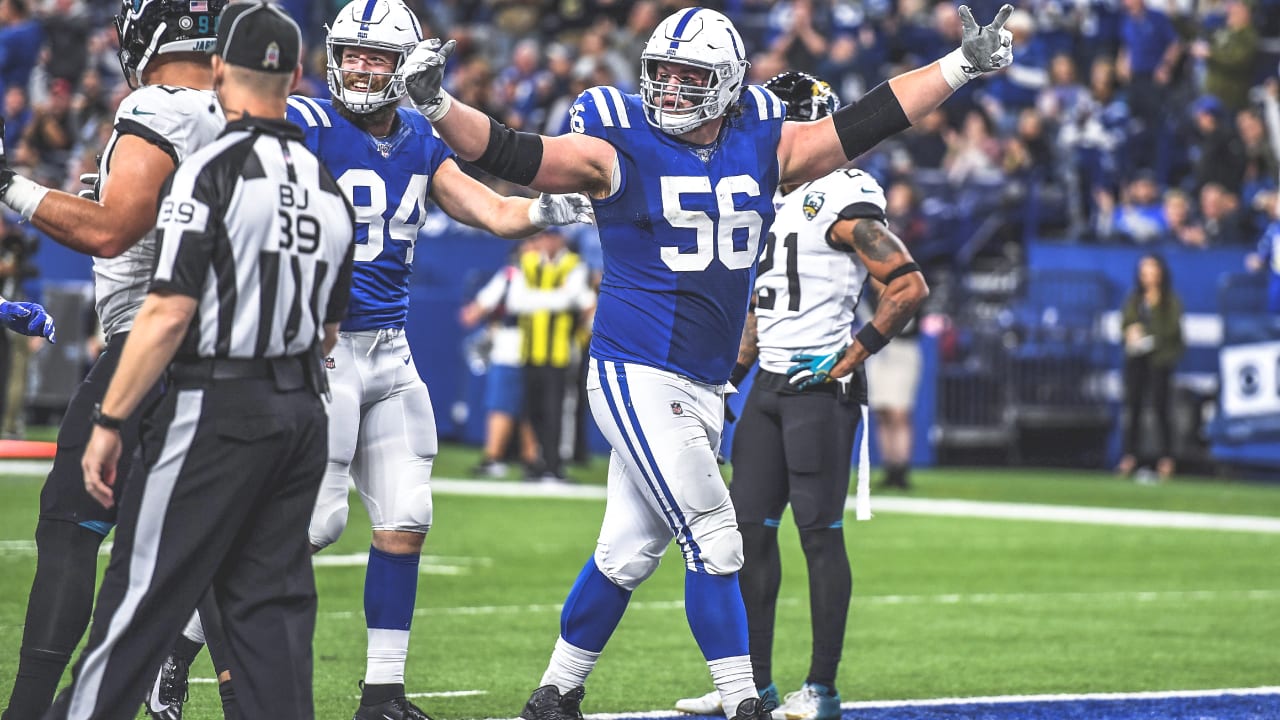 First, we want to give Nelson his due diligence. In 2020, Nelson…

• Started all 16 games for the third consecutive season. He currently ranks fourth in consecutive regular season games started (48) among active guards in the NFL.

• Became the first Colts player to earn Associated Press First Team All-Pro honors in three consecutive seasons since Peyton Manning (2003-05) and the eighth in team history to accomplish the feat.

It’s rare when a fanbase knows so early in a player’s career that they’re already on a Hall of Fame track. So Colts fans should enjoy every opportunity they have to see No. 56 dominating up front for the Indy offense.

Now it’s time to do a little griping, because Nelson is the only Colts player on this list.

Where’s defensive tackle DeForest Buckner? Last season, among players at his position, he ranked in the top-five in tackles (fourth), solo tackles (second), tackles for loss (tied-third), sacks (second) and forced fumbles (tied-third), and earned first-team All-Pro honors for the first time in his career.

Where’s linebacker Darius Leonard, who last season was a first-team All-Pro selection for the second time in his career? He is only averaging the most tackles per game (9.9) in the NFL since entering the league in 2018, and is among the top linebackers in sacks, interceptions and forced fumbles, too.

This is no slight to players selected ahead of Buckner (Donald, Chris Jones, Cameron Hayward and Grady Jarrett) and Leonard (Bobby Wagner, Fred Warner, Eric Kendricks and Lavonte David). Monson and the PFF crew are faced with plenty of challenges with this list, and I’ve got to imagine Buckner and Leonard were among the toughest omissions.

But that doesn’t mean we still can’t let our slight dissatisfactions known.

Oh well — this is the kind of thing that fuels Buckner and Leonard’s fire. Which is bad news for opposing offenses in 2021.