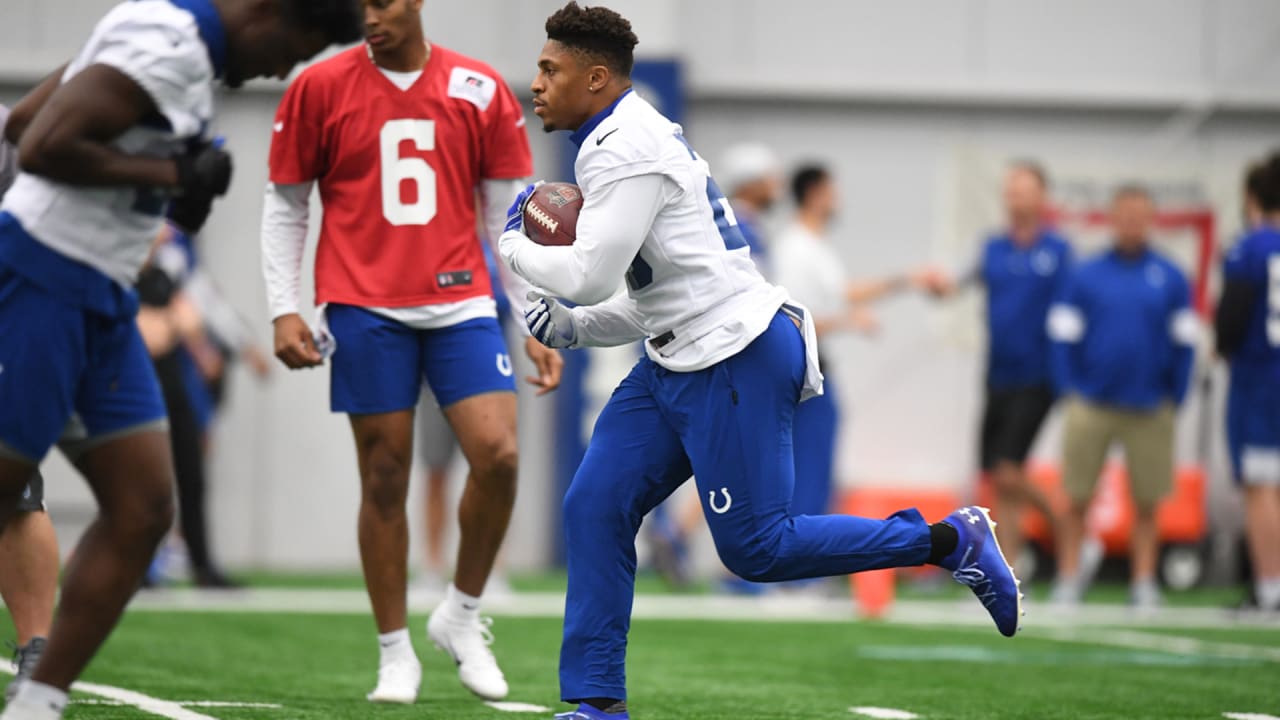 Jonathan Taylor is one of only 11 rookies in NFL history to rush for 1,100+ yards and average five or more yards per carry. It’s an impressive list Taylor is a part of — Barry Sanders, Clinton Portis, Adrian Peterson, Ezekiel Elliott and Saquon Barkley are on it — but the 22-year-old isn’t resting on his 2020 accomplishments.

“I always focus on things that I didn’t do just because you want to make sure those are things you add to your repertoire,” Taylor said. “You don’t want to have a weakness. You bring those up to your strengths.”

Taylor’s strong rookie season came against the backdrop of 2020’s unprecedented offseason, which was conducted virtually until training camp amid the COVID-19 pandemic. He had to pick up the Colts’ offense at a “super accelerated” pace during training camp and then had to learn on the go on a game-by-game basis in the regular season.

During the Colts’ spring workouts this month at the Indiana Farm Bureau Football Center, Taylor said he aims to start getting a tighter grasp on the playbook before training camp and the regular season start. It’s all part of his larger goal for 2021, which is to be able to take advantage of some finer details that’ll give him an edge in Year 2 as a pro.

“It’s from a perspective of I kind of know the basics, I know what needs to be done,” Taylor said. “Now, it’s how can I make the job a little bit easier, how can I see the pre-snap and kind of anticipate what’s going to happen — don’t really bank on it but anticipate that pre-snap read — understanding, seeing what the defense is giving me knowing our playbook and how we can make adjustments.”

These are things Taylor did in 2020 but can hone in on in 2021 with a year of experience in the NFL and a more normal offseason. And stuff like this is what can allow Taylor to build on what was already an impressive debut season.

“You think about it, you’re at the highest level of football so everyone is as athletically-gifted, everyone here is smart but it’s going to be who is going to be able to pay attention to the little details consistently,” Taylor said. “There might be a play where one person slips but but since you’re consistently on those little details, you’ll win that rep. So that’s one of the biggest things is making sure you’re in and locked on those details every single play consistently so when someone else slips up, you’re not the one that’s slipping up.”