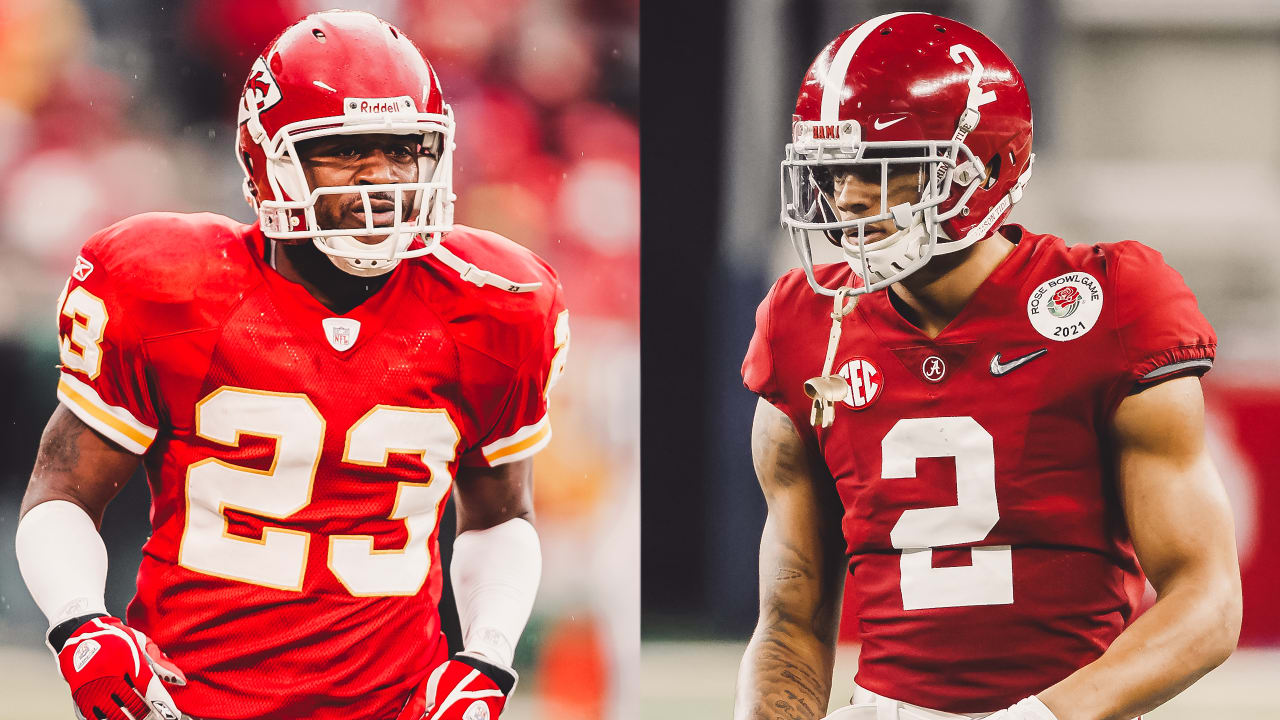 The relationship between father and son has been a hot topic for all three players during the pre-draft process. Surtain, Sr. coached Surtain II in high school and is lending him advice about this stage in his career.

“I tell him, ‘You’re a professional now,'” Surtain, Sr. told Touchdown Alabama. “It’s your job, so go in there and be professional, be workmanlike. Take coaching. Study film like no other. And just go out there and use your God-given abilities.”

Surtain II was asked if there are any downsides to having his father as a coach, but finds it exclusively beneficial.

“The best part is learning from him each and every day, taking his knowledge with me and carrying it on,” Surtain II said. “He’s a great coach. He wants you to do better, perfect your craft. When you’re around him, you understand he wants what’s best for you, and he’ll coach you like it. At the end of the day it’s all love.”

Samuel, Jr. is about the same size as his father – 5-foot-10, 185 pounds — and is aiming to prove he can be an outside cornerback. While Dad persevered through similar questions to pave out an 11-year Pro Bowl career, he is taking his cues from Samuel, Jr. about how much advice to give.

“He kind of wants me to do my own thing,” Samuel, Jr. said. “Learn how I learn and be self-oriented, do the things I want to do. He will piggyback off what I want to do.”

Surtain, Sr. went in the second round of the 1998 NFL draft, Samuel the fourth round in 2003 and Horn the fifth round in 1996. All three sons should get drafted higher, but aren’t interested in bragging rights.

“There’s no bet,” Samuel said with a smile. “He just wants to see me do good.”

Surtain II, Horn and Samuel, Jr. know this is the start of their journey. Their fathers are the ones who have already left their legacies in the NFL.