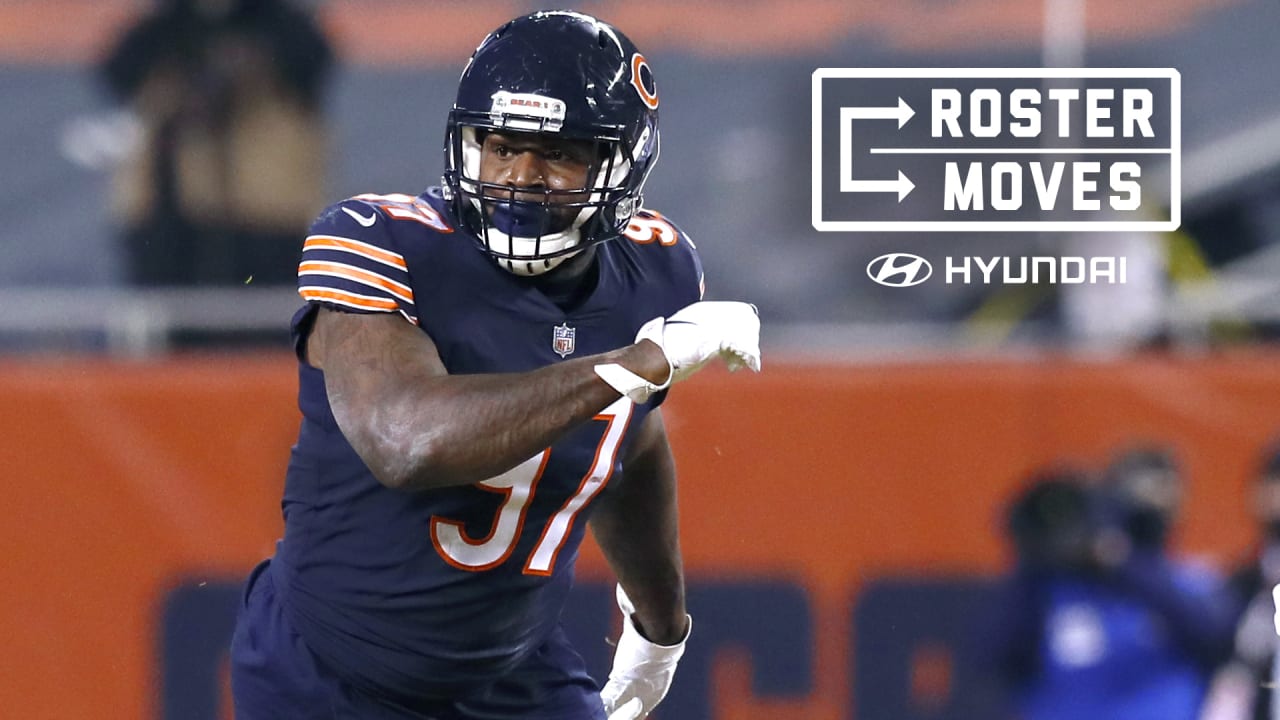 After being limited to two games due to injuries in 2016, Edwards started all 14 games he played in 2017, compiling 27 tackles, 3.5 sacks and 4.0 tackles-for-loss. Edwards, who spent his first three NFL seasons teaming with Bears star outside linebacker ﻿Khalil Mack﻿ in Oakland, was waived by the Raiders as part of final cuts in 2018.

Edwards was claimed the next day by the Giants and appeared in 15 games, all as a reserve, with New York, recording 14 tackles, 2.0 sacks and 3.0 tackles-for-loss. Edwards signed with the Saints in 2019 and played in 14 contests, all as a reserve, and registered eight tackles, 3.0 sacks and 2.0 tackles-for-loss. He was released by New Orleans as part of final cuts last year.

Edwards is the third Bears player who was due to become an unrestricted free agent to agree to a contract extension in the last week, following kicker ﻿Cairo Santos﻿ and punter ﻿Pat O’Donnell﻿.