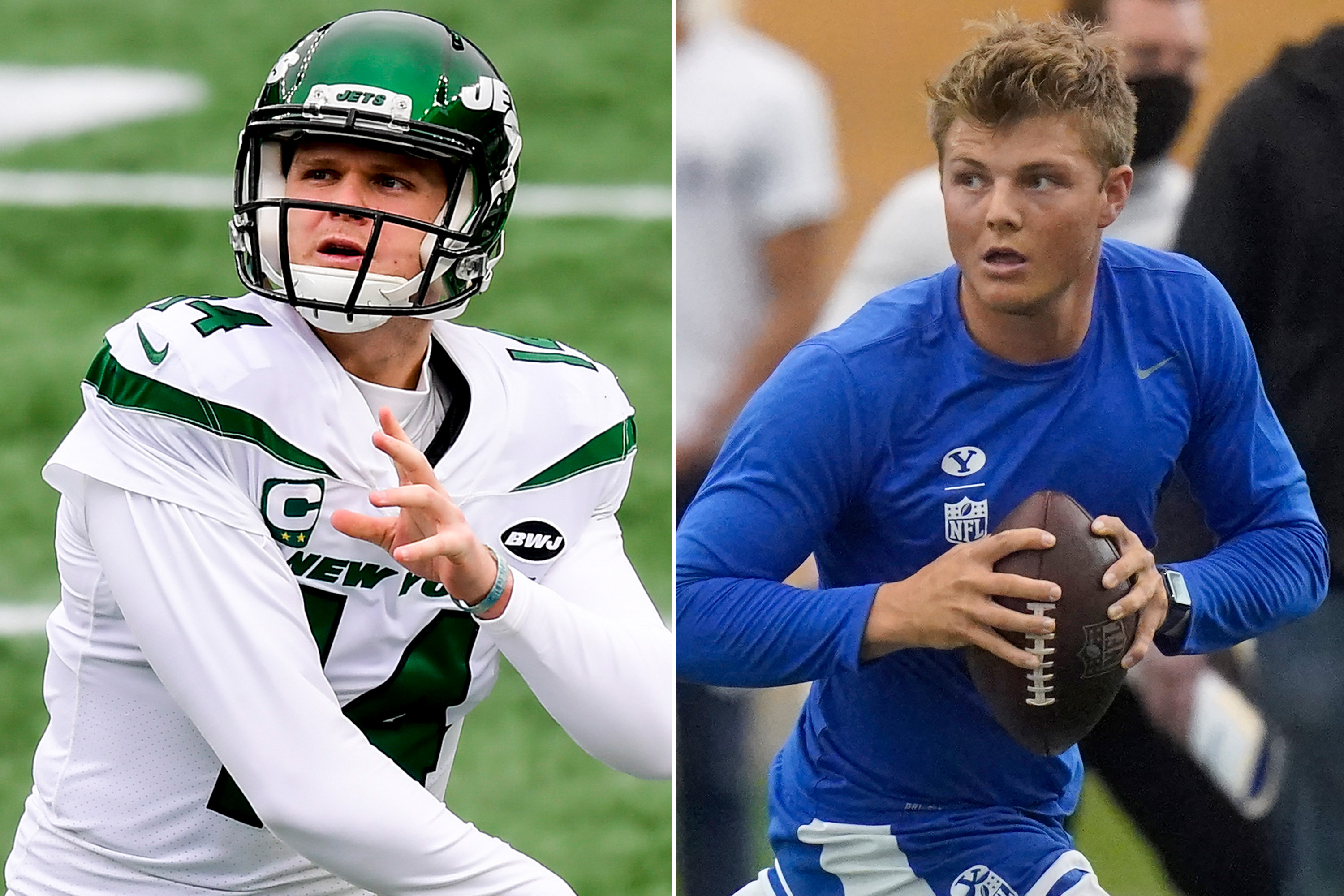 Sam Darnold doesn’t have to because he already has done it.

ESPN analyst Louis Riddick, a former safety who also spent 13 seasons scouting for the Washington Football Team and the Eagles, said Saturday on Twitter that Jets fans who think Wilson is the cure-all and Darnold was the problem these last three seasons are fooling themselves.

To do so, he pulled up a video clip of Darnold making a very similar throw to Wilson that had Jets fans drooling Friday.

Against the 49ers in Week 2 of the 2020 season, Darnold took a shotgun snap, shuffled right, fought through a sack around the hips, kept his feet after nearly stumbling, rolled left and threw across his body to a streaking Braxton Berrios for a 30-yard touchdown.

Darnold’s throw didn’t travel as far as the one Wilson made that stopped NFL Network analyst Daniel Jeremiah in his tracks during the Pro Day broadcast and caused projected No. 1 overall pick Trevor Lawrence to Tweet “sheesh!” over top of the video.

But Darnold’s was against a live 11-man NFL defense, not when he and his one receiver were the only ones running on the field.

“But I thought this kind of throw had never ever ever been made before yesterday …” Riddick wrote with the rolling eyes emoji.

He added, “Some of you really think the Jets would have been good if it just wasn’t for Sam Darnold screwing it up huh? You really act like he was holding your team back. Hilarious.”

The two trades made Friday – the 49ers moving up to No. 3 in the draft, the Dolphins dropping to No. 6 and the Eagles dropping to No. 12 – seem to indicate the rest of the league knows the Jets are set to draft Wilson at No. 2 and move on from Darnold. The 49ers and Eagles should have insight into the Jets’ plans because of their ties to coach Robert Saleh and general manager Joe Douglas, respectively.