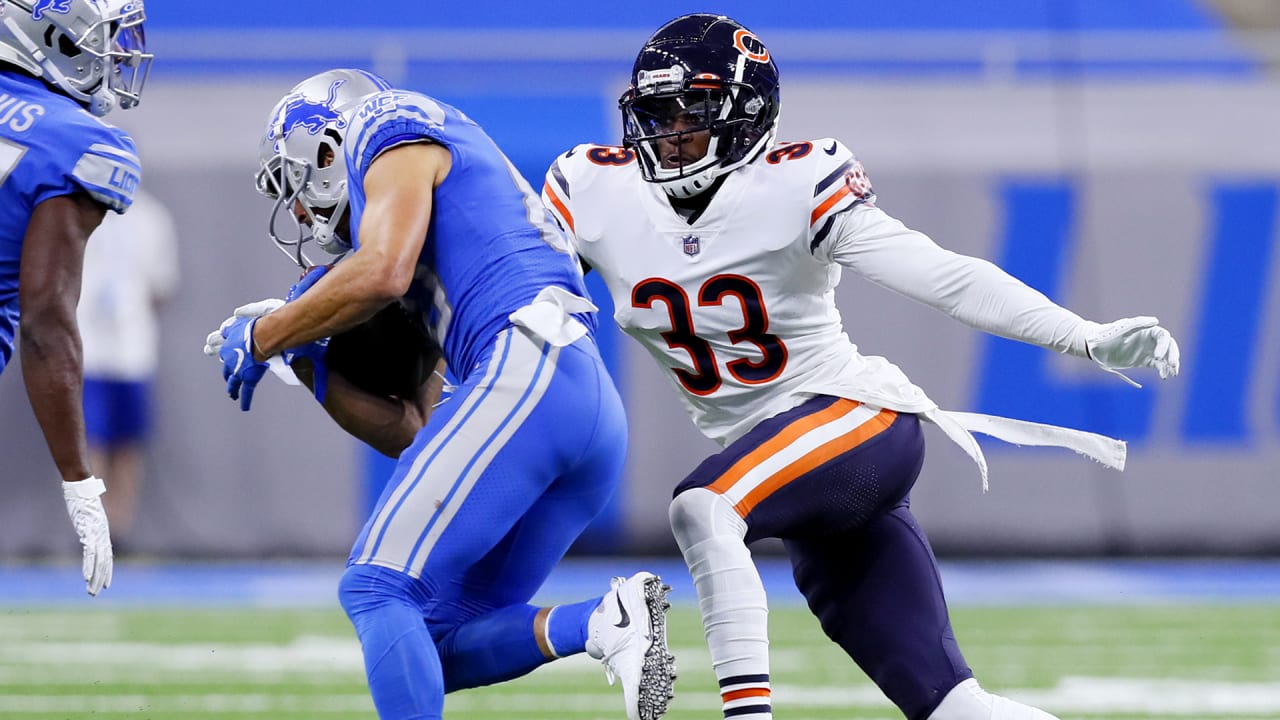 Minnesota Vikings (7-9)
Series: Bears trail 61-57-2 but have won five of last six.
Last meeting: Bears won 33-27 Dec. 20, 2020 in Minnesota. David Montgomery rushed for a career-high 146 yards and two touchdowns on 32 carries and Cairo Santos kicked field goals of 42, 35, 48 and 42 yards without a miss as the Bears kept their NFC wild card hopes alive.
Notable: The road team won both Bears-Vikings games last year for the first time since 1999 and has won three straight for the first time since 1996-97.

Arizona Cardinals (8-8)
Series: Bears lead 59-28-6 and have won five of last seven.
Last meeting: Bears won 16-14 Sept. 23, 2018 in Arizona. The defense generated takeaways on four straight possessions and shut out the Cardinals over the final three quarters, enabling the Bears to rally from an early 14-0 deficit. Khalil Mack registered two sacks and forced a fumble that teammate Danny Trevathan recovered.
Notable: While the Bears-Packers rivalry is generally considered the NFL’s oldest, the Bears actually played the Cardinals first—in the league’s inaugural season in 1920—one year before their initial game against the Packers.

Baltimore Ravens (11-5)
Series: Bears lead 4-2 and have won last two.
Last meeting: Bears won 27-24 in overtime Oct. 15, 2017 in Baltimore. Jordan Howard’s 53-yard run set up Connor Barth’s game-winning 40-yard field goal in overtime after the Ravens erased a 24-13 fourth-quarter deficit. The Bears rushed for 231 yards and generated three takeaways in the game.
Notable: The Bears have won each of their last two matchups with the Ravens in overtime. On Nov. 17, 2013 at Soldier Field—in a game that was delayed about two hours by inclement weather—the Bears beat Baltimore 23-20 on Robbie Gould’s 38-yard field goal with 8:46 left in overtime.

Cincinnati Bengals (4-11-1)
Series: Bears trail 6-5 but have won last two.
Last meeting: Bears won 33-7 Dec. 10, 2017 in Cincinnati. Jordan Howard rushed for 147 yards and two touchdowns on 23 carries and Mitchell Trubisky passed for 271 yards and one TD and rushed for a second score as the Bears recorded their most lopsided win in John Fox’s three seasons as coach.
Notable: The last five Bears-Bengals games have been decided by an average margin of 21 points.

New York Giants (6-10)
Series: Bears lead 35-24-2 and have won last two.
Last meeting: Bears won 17-13 Sept. 20, 2020 at Soldier Field. The Bears took a 17-0 halftime lead and then hung on to win last season’s home opener. The defense registered four sacks of Giants quarterback Daniel Jones and safety Deon Bush recorded his first career interception.
Notable: The Bears will host the Giants at Soldier Field in back-to-back seasons for the first time since they did so three straight years from 1991-93.

San Francisco 49ers (6-10)
Series: Bears trail 34-32-1 but have won two of last three.
Last meeting: Bears won 14-9 Dec. 23, 2018 in San Francisco. The Bears won for the eighth time in nine games behind a defense that did not allow a touchdown and blanked the 49ers in the second half. Danny Trevathan registered a key interception midway through the fourth quarter.
Notable: The teams have alternated winning the last six meetings, with the Bears recording victories in 2014, 2016 and 2018 and losses in 2012, 2015 and 2017.

Cleveland Browns (11-5)
Series: Bears trail 9-7 but have won last three.
Last meeting: Bears won 20-3 Dec. 24, 2017 at Soldier Field. The Bears extended a 6-3 halftime lead by outscoring the Browns 14-0 in the third quarter, dropping Cleveland to 0-15 en route to the second 0-16 season in NFL history. The Bears defense did not allow a touchdown and generated three takeaways.
Notable: A win would give the Bears back-to-back victories in Cleveland for the first time in the history of the series, which began in 1951. On their last trip to Cleveland, the Bears recorded a 38-31 win in 2013.

Las Vegas Raiders (8-8)
Series: Bears trail 8-7 but have won three of last five.
Last meeting: Bears lost 24-21 Oct. 6, 2019 in London. The Bears erased a 17-0 halftime lead by scoring touchdowns on three straight third-quarter drives to take a 21-17 lead. But the Raiders engineered a 97-yard drive that was capped by the winning touchdown on Josh Jacobs’ 2-yard run with 1:57 remaining.
Notable: With the NFL expanding to 17 games this season, the Bears will face the Raiders in the extra contest because both teams finished in second place in their respective divisions last year.

Los Angeles Rams (10-6)
Series: Bears lead 54-38-3 and have won six of last nine.
Last meeting: Bears lost 24-10 Oct. 26, 2020 in Los Angeles. The Bears offense failed to score a touchdown and was outgained on the ground 161-49. The defense provided Chicago’s only touchdown on ﻿Eddie Jackson﻿﻿’s 8-yard return of a Robert Woods fumble that was forced by ﻿Robert Quinn﻿.
Notable: The Bears will visit the Rams for the third straight season for the first time since 1982-84.

Pittsburgh Steelers (12-4)
Series: Bears lead 22-7-1 and have won last three.
Last meeting: Bears won 23-17 in overtime Sept. 24, 2017 at Soldier Field. Jordan Howard rushed for 138 yards and two touchdowns, including a game-winning 19-yarder with 8:27 left in overtime. Rookie Tarik Cohen ran for 78 yards on 12 attempts, highlighted by a 36-yarder that set up Howard’s winning TD.
Notable: The Bears are seeking their fourth straight victory over the Steelers for the first time since they won the first 13 meetings between the teams from 1934-49 (and held Pittsburgh to fewer than 10 points in 11 of those games).

Seattle Seahawks (12-4)
Series: Bears trail 11-7 and have lost three of last four.
Last meeting: Bears won 24-17 Sept. 17, 2018. Matt Nagy recorded his first win as an NFL head coach behind a Bears defense that registered six sacks and scored a key touchdown on Prince Amukamara’s 49-yard interception return of a Russell Wilson pass with 6:37 left in the game.
Notable: Since 2010, five of six meetings between the Bears and Seahawks have been played at Soldier Field. The Bears’ only trip to Seattle during that span resulted in a 26-0 loss in a 2015 game that was started by quarterback Jimmy Clausen.