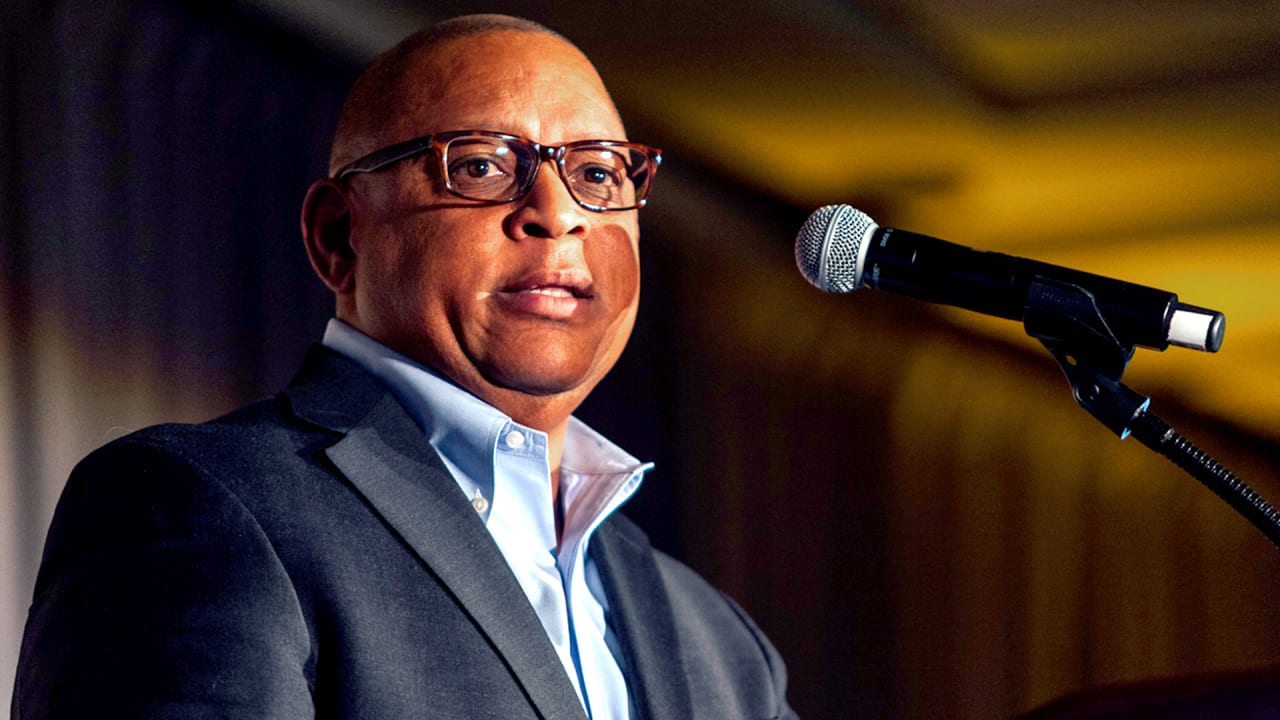 “If you drill right down to it,” Graves said, “the league promises all people who are interested in working with the league an opportunity to a fair, open and competitive process, and we’re just asking the league to live up to its promise.”

After 13 years with the Bears, Graves left in 1997 to join the Arizona Cardinals as assistant to the president. He was elevated to vice president of football operations in 2003 and was promoted to general manager in 2007, remaining in that role through 2012.

Fifteen months ago, Graves left the NFL to join the Fritz Pollard Alliance.

“I thought the time was right at that point in my career,” Graves said, “and given the circumstances of the day, I felt even more compelled to lend my experience and motivation to go out and help others for the cause of more diversity and more opportunities, particularly for men and women of color.”

The namesake of the Alliance, Fritz Pollard, was a star player who helped lead the Akron Pros to the league championship in the NFL’s inaugural season in 1920. (The league was then known as the American Professional Football Association until being renamed the National Football League in 1922.) In 1921, Pollard continued his playing career but also became Akron’s head coach, making him the first African American to serve in that role in NFL history.

There were no Black players in the NFL from 1934-45 and there wasn’t a second Black head coach until 1989 when the Oakland Raiders hired Art Shell.

Minorities have made advancements since that point, but Graves feels that there’s still a considerable amount of work to be done.

“The gratitude [comes from] working with various people who feel as passionate about this topic as I do,” Graves said. “But there’s so much work to be done that we hardly feel like there’s a moment that we feel victorious in any way.

“I’m happy to see those who are able to get opportunities and get big jobs like head-coaching jobs and GM jobs, but those are far and few between. There are many, many others out there who should be considered who have invested time and their lives to becoming the professionals that they are, and I believe they warrant an opportunity to at least be considered. I think for all of us who are involved, including the commissioner, we won’t rest until those opportunities are available.”

Graves remains grateful for the opportunity he received from the Bears in 1984, saying Thursday that he has so many fond memories from his time in Chicago “it’s just unbelievable.”

“The organization left such an impression on me and my approach to the business,” Graves said. “I learned a great deal. I had several mentors there, the biggest of which was Bill Tobin. Bill hired me back in 1984. There were so many outstanding figures in the organization.”

“Those people were just tall figures in my eyes,” Graves said. “They were principled every time. They were great in the way they handled themselves. They were fair and open-minded. I don’t ever believe that they saw color in their decisions, and again, they nurtured my growth and did it enthusiastically, so I’m forever in debt to them.

“I learned a great deal about the business when I was there; about personnel, about handling players, about the value of great coaches. To me, the Bears are like a first love; you never forget it. And I’m still grateful to many of [the people] who are still there.”

Atlanta Falcons do not make pick in NFL Supplemental Draft