Call it the calm before the storm.

After shrinking the first half of the year, the U.S. economy rebounded from July through September despite inflation that has hovered near a 40-year high and sharply rising interest rates. But the performance likely marked a reprieve ahead of next year’s projected recession rather than a sign of a brighter outlook.

The solid showing was fueled by a more favorable trade balance and modest rises in consumer and business spending, offsetting another plunge in housing construction and weaker business stockpiling.

“The U.S. economy is undeniably cooling,” Gregory Daco, chief economist of EY-Parthenon, wrote in a note to clients.

The nation’s gross domestic product, the value of all goods and services produced in the U.S., grew at a seasonally adjusted annual rate of 2.6% in the third quarter, the Commerce Department said Thursday. Bloomberg had forecast a 2.3% rise in output.

EVs faced hazards from hurricane: Flood waters can cause electric vehicles to catch on fire — And some did after Ian. Here’s why experts aren’t particularly alarmed.

The advance followed declines of 1.6% and 0.6% in the first and second quarters that were largely due to changes in business stockpiling and trade – two volatile categories that typically don’t reflect the health of the economy.

While those contractions met an informal benchmark for recession, the National Bureau of Economic Research looks at a broader range of economic activity, including employment, retail sales and industrial production, before determining when a downturn begins and ends. Most economists don’t believe the U.S. is in a recession, citing slowing but still-vibrant job growth.

There’s little doubt, though, that the economy is losing steam as households and businesses curtail spending amid soaring inflation and the Federal Reserve’s aggressive interest rate hikes aimed at tempering the price increases.

Final sales that exclude trade, inventories and government purchases – and thus reflect the economy’s underlying health – nearly flatlined, inching up just 0.1% after a 0.5% rise the prior quarter, the GDP report showed.

And earlier this month, the government said employers added a sturdy 263,000 jobs in September but that was down from an average 382,000 the prior three months.

The economy is expected to grow meekly the final three months of the year before contracting during the first and second quarters of 2023, according to economists surveyed this month by Wolters Kluwer Blue Chip Economic Indicators. Following 5.7% growth last year — a 37-year high — as the economy reopened after COVID-induced  shutdowns, they expect  gains of just 1.6% this year and 0.2% in 2023. 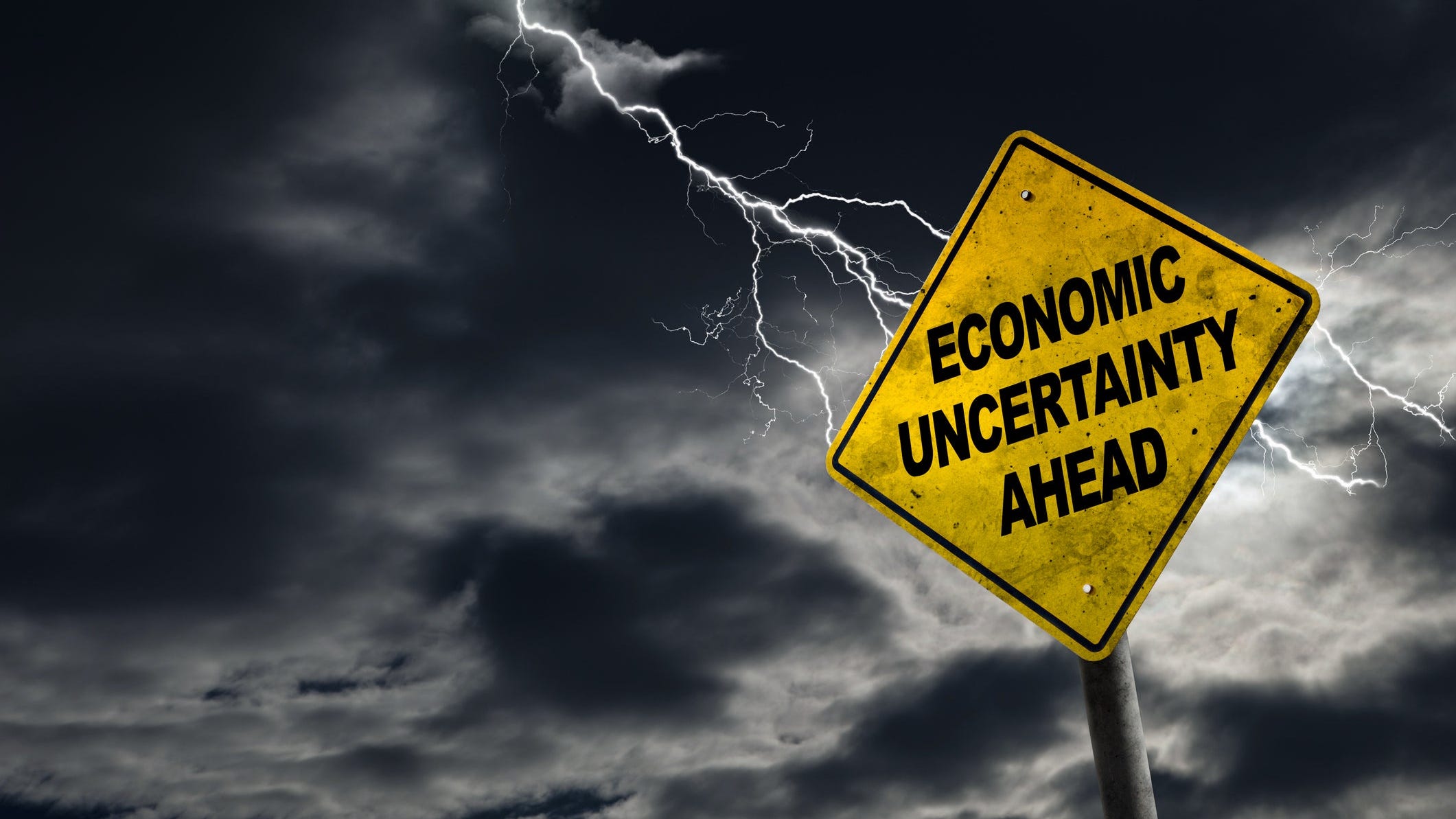 Seventy-eight percent of the economists expect a recession next year. And while most believe it will be mild, the risk of a more severe downturn is rising.

A breakdown of the economy last quarter:

After holding back growth early this year, trade was a big positive last quarter.

Imports, meanwhile, fell 6.9% as consumers who splurged on TVs, sofas, appliances and other goods during the pandemic pulled back.

But the robust showing won’t last, economists say. The dollar has strengthened because of rising U.S. interest rates and the relative soundness of the U.S. economy compared to other countries. That’s expected to hurt U.S. exports by making them more expensive for foreign buyers.

Americans reined in their spending amid surging food and rent costs, but they still showed resilience. Consumer spending, which makes up 70% of economic activity, grew 1.4% after adjusting for inflation following a 2% rise in the second quarter.

Households have been bolstered by solid job and wage growth and nearly $2 trillion in savings built up during the pandemic, though that’s down from a peak of $2.6 trillion last year. As COVID fears wane, consumers are shifting their spending from goods to services, such as traveling and dining out.

But consumption is expected to pull back further next year as interest rates rise, inflation eases just gradually and job growth slows.

Business investment rose 3.7% after edging up just 0.1% the prior quarter.

Outlays for computers, delivery trucks, factory machines, and other equipment leaped 10.8% as companies responded to solid consumer demand and caught up after cutbacks the prior quarter.

But spending on buildings, oil rigs, and other structures dropped 15.3%, the sixth straight quarterly decline, as borrowing costs continued to climb and some companies hunkered down because of recession worries.

Fed rate hikes have driven up mortgage rates, pummeling home sales and building. Fixed, 30-year mortgage rates have jumped to just under 7% from about 3% early this year.

Companies heavily padded their inventories last year in response to supply chain bottlenecks and product shortages. Many retailers now have too much product and are expected to offer shoppers big discounts to unload the goods.

As a result, businesses added more slowly to their stocks or drew them down last quarter, shaving 0.7% from growth following a nearly 2% hit the prior quarter.

Here are other things you should know about the GDP report:

How to calculate GDP

But the textbook equation for GDP is that it equals the sum of private consumption, gross private investment, government investments, government spending and the country’s net exports, which equals the value of a country’s exports minus its imports. That equation represents the total value of all the goods and services produced in a country.

The Bureau of Economic Analysis uses the second equation to calculate U.S. GDP every quarter. They also make seasonal adjustments so that, for example, GDP isn’t disproportionately high in the last quarter of the year when people are making holiday purchases.

What country has the highest GDP?

The U.S. has the highest GDP of all the countries in the world that measure it, according to data published by the International Monetary Fund. China and Japan have the second and third highest GDPs, respectively.

What country has the lowest GDP?

Tuvalu, a country in the South Pacific comprised of nine small islands, has the lowest GDP.

What are the different types of GDP?

There are a lot of different types of GDP. Two of the most important ones are nominal GDP and real GDP.

What is nominal GDP?

Nominal GDP doesn’t take inflation into account. Think of it as the dollar amount you see on your paycheck.

What is real GDP?

Real GDP does take inflation into account so you can think of it as how much your paycheck is worth based on the current level of inflation.

What is potential GDP?

There’s also potential GDP, which is an estimate of how much a country could produce in perfect economic conditions like maximum employment where everyone who wants a job has one and every employer’s labor demands are met.

What is GDP per capita?

Another type of GDP is per capita. It’s similar to GDP, except net taxes individuals pay are added to the GDP, which is then divided by a country’s total population. That estimate shows how much output each person produces in the country. It’s also an indirect indicator of how much each person earns. The higher the number, the richer individuals in the country are.

Currently, Luxemburg has the highest GDP per capita, according to the IMF.