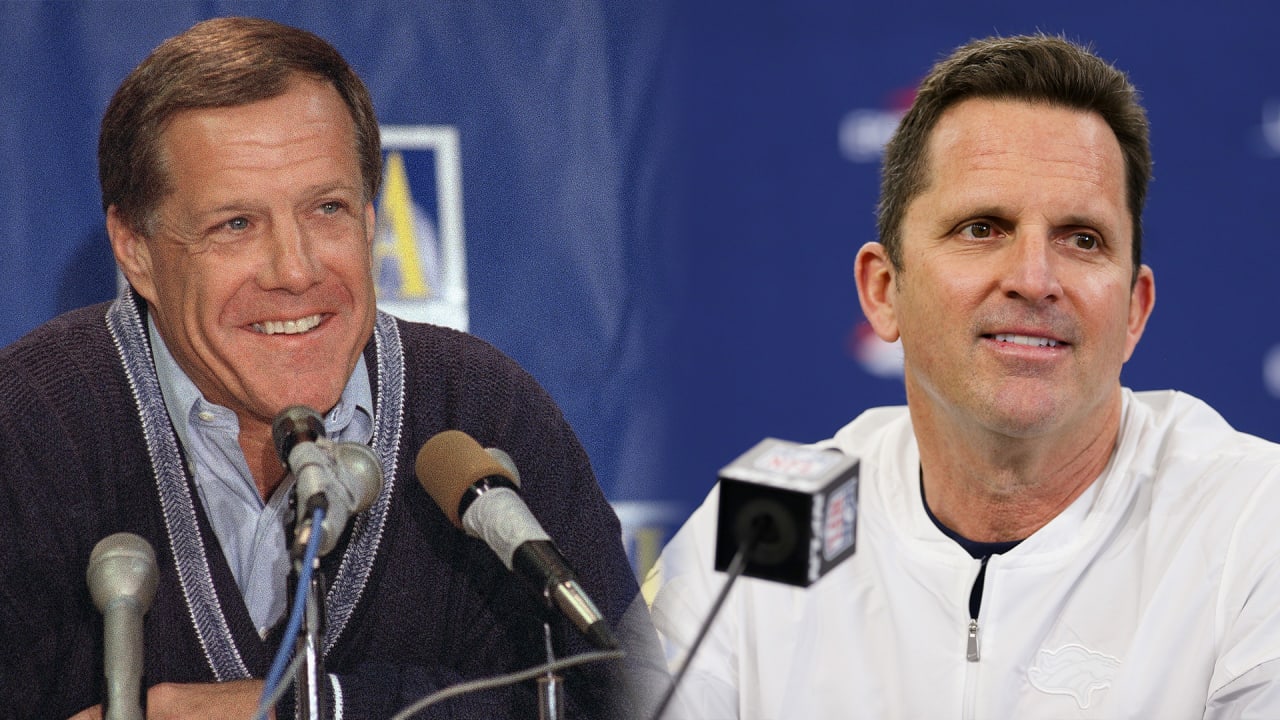 Donahue, who passed away Sunday at the age of 77, won five Pac-10 championships, was twice named the Pac-10 Coach of the Year and remains the winningest coach in both Pac-12 and UCLA history.

The College Football Hall of Famer, though, left an impact that was far greater than his more than 150 career wins. While with the Bruins, Donahue helped mold thousands of young men during their collegiate careers — and Broncos General Manager George Paton is among those who considers Donahue critical to his development as a player and person.

“Incredible coach, leader, mentor, friend — but really just a great man,” Paton said Monday. “A family man. Hard to find any flaws. He succeeded in everything he did. As a coach, he has the most wins in Pac-12 history, most wins in UCLA history. He retires and then is one of the lead broadcasters. From there, he’s a successful NFL executive, a GM. Was offered a number of NFL head jobs but turned them down.

“Just an incredible man and impacted so many thousands of players like myself. I know I speak for many, but I wouldn’t be where I am today if he wasn’t in my life. I’m just one of thousands. He impacted so many people both on and off the field. He connected with everyone regardless of where they came from.”

Paton’s relationship with Donahue began in the late 1980s, when he joined UCLA as a preferred walk-on. The Bruins had more highly recruited players, but Paton remembers Donahue treating each player with the same level of respect.

“The day I showed up, he called you by your first name, treated you like a scholarship player,” Paton said. “All the walk-on players, he treated you like you were five-star [recruits]. There was no separation. He made everyone feel like they were part of something regardless of how insignificant they were as a player. That was pretty unique for a head coach of his status. … He wanted to know how your family was doing, how you were feeling. Were you ready for practice? The days where you felt like you weren’t really a part of something, he made you feel a part of it.”

During his playing career, Paton said he learned lessons of hard work, fundamentals, attention to detail and accountability from Donahue. Those tenets translated to the field during Paton’s career, as they won the Cotton Bowl and Sun Bowl during his time in Westwood. The impact of those teachings then became more and more apparent as Paton finished his career at UCLA and began his path in the NFL.

“He pushed you to the limit,” Paton said. “Maybe at the time you didn’t really understand the importance of it. Obviously we won a lot of football games, but you didn’t really realize the importance of his philosophy until you were in the real world and you could draw upon the philosophies he taught. I know, again, I’m just one of thousands that he impacted based on his lessons. We learned a lot about the game but more about life and the lessons to be learned. I think that’s why a lot of his former players have gone on to do great things, just because of all the lessons learned through him and his staff.”

Broncos Senior Personnel Executive Roman Phifer, who played at UCLA from 1987-1990 before being drafted in the second round of the 1991 NFL Draft, also remembers Donahue for the impact he had on his life.

“Always smiling, always positive, great person to be around,” Phifer said. “Always inspirational in the things that he would tell you and just encouraging you in different facets of life. I can’t say enough about him and the person he was and the positive impact that he had on a lot of people that got to know him. … He’s just always had good advice, good wisdom. He’s the type of guy you could call about anything. It didn’t have to be about football. He’s just that type of guy.”

During Phifer’s 15 NFL seasons, he said it was unusual to find a player who had the same connection with their college head coach that he was lucky to enjoy with Donahue.

“To me, I think it’s special,” Phifer said. “I know there’s a few guys throughout the course of my career that had good relationships with their coaches, but to me that’s just very unique. There’s only a few guys that really roll like that, to where you’re invited to his home. You’re around his kids, you bring your family. To me, that’s pretty special.”

After Donahue’s final season at UCLA in 1995, he worked as a lead football analyst for CBS from 1996-98 before making the leap to the NFL. Donahue joined the San Francisco 49ers in 1999 as their director of player personnel before serving as the team’s general manager from 2001-05. As Donahue led the 49ers’ front office, Paton was just getting his start in the NFL.

Paton served as a scouting intern for the Bears in 1997 before being promoted to pro scout in 1998 and assistant director of pro personnel in 2000. As Paton looks back at the start to his career, he credits Donahue for his advice and mentorship.

“He’s been an incredible sounding board for me in my NFL trajectory,” Paton said. “I remember when I first had the opportunity to interview with the Bears, he prepped me and told me what I was in for. As my career kind of took off at each different point, he was always there. He was a really important part of my life and career path.”

Paton took the latest step in his NFL journey in January, when he was named the Broncos’ general manager. He was able to text often with Donahue since joining the Broncos, and Paton spoke on the phone with his former coach about a month ago.

Paton said that level of care Donahue displayed was typical of how he and his family would treat the people in their lives.

“He lived in Balboa Island, [California], and whenever you were in town you stopped by,” Paton said. “Didn’t matter when — he’d welcome you in. Three incredible daughters, an amazing wife and they treated everyone like family. It was pretty unique that he remembered so many people. He’s coached so many people, but it didn’t matter who you were: he remembered your name, he invited you in.