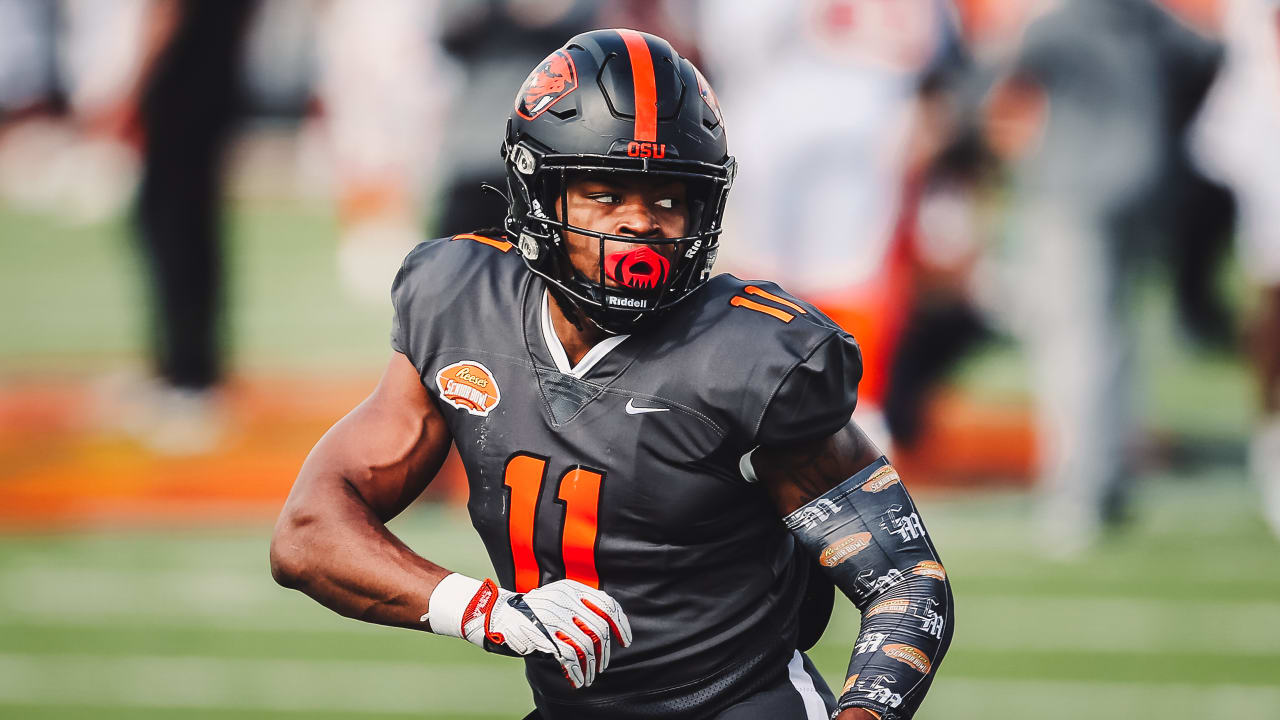 The Cardinals don’t head into drafts expecting to add someone with an Arizona connection, but it’s been the case three years running.

Wide receiver Christian Kirk﻿, the former Scottsdale Saguaro star, was chosen in the second round in 2018. Cornerback Byron Murphy Jr.﻿, Kirk’s former high school teammate, went in the second round of 2019. Last year, it was Arizona State running back Eno Benjamin selected in the seventh.

There aren’t a bunch of options this season. Arizona State wide receiver Frank Darby, Arizona State safety Aashari Crosswell and Arizona running back Gary Brightwell may be the best college hopes, while Rashed, a Phoenix native, could be the main chance from the local high school scene.

If the Oregon State outside linebacker does get selected by the Cardinals, he will be happy to continue the tradition.

Rashed entered the 2020 season with plans to solidify his draft stock, but those went awry. After a junior season in which he accumulated 14 sacks in 11 games, the 6-foot-2, 251-pound pass-rusher didn’t register a sack in seven games as a senior.

He admits a year marred by COVID-19 and injuries was frustrating, but is confident the ability he showed in 2019 is the prospect an NFL team will get in the draft.

“I know the type of player I am,” Rashed said. “I know what I bring to the table. … I feel like I’m still the best pass-rusher in here. I have elite bend. All of that stuff is not going to stop from one year to the next. If you pick me, you’ll see what you get.”

You’ve Got Mail: After The Draft