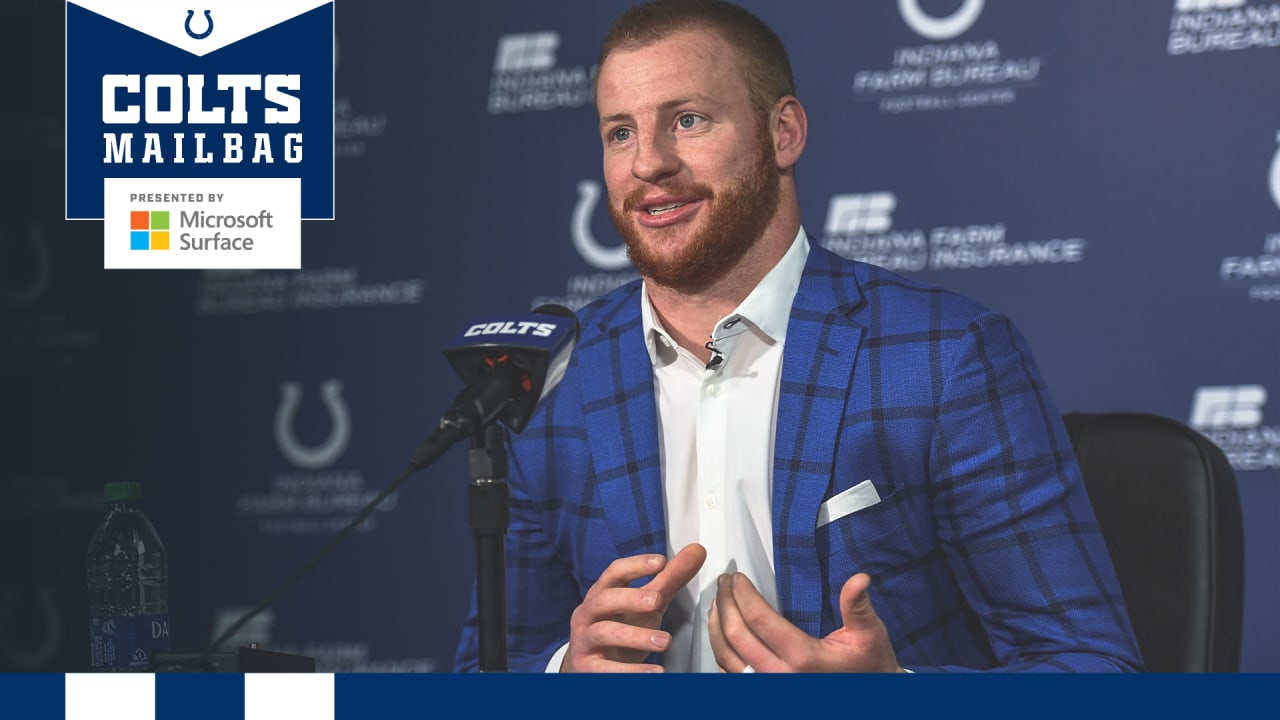 Matt Brown, Dallas, Texas: Will the Colts be moving forward with Jacob Eason as backup QB or will the team be in the market to bring someone else in be it through acquisition or draft?

JJ Stankevitz: It’s a good question now that Carson Wentz is in the fold. Eason is the only other quarterback currently on the Colts’ roster — Jacoby Brissett, an unrestricted free agent, signed with the Miami Dolphins — and he didn’t play a single snap in 2020.

But offensive coordinator Marcus Brady, who was the Colts’ quarterbacks coach in 2020 and worked closely with Eason, talked about the fourth-round pick’s development earlier this year.

“He is forever improving, he is hungry, he is always trying to get better in the classroom, he’s trying to get better on the field with his mechanics, learning the offense,” Brady said. “It’s a shame that he was not able to get preseason work because that would’ve helped with his development, but he took advantage of what he was able to this past season. I did get to spend a lot of extra time with him and he continued to improve and I’m looking forward to how much he takes from year one to year two.

“… We would have talks on the side if he had any questions after the meeting. He didn’t have to speak up in the meetings because he didn’t want to slow the process down. But when we had some time on the field he would ask questions. I would quiz him a little bit and he was able to answer some. So it is a constant development and a constant process for him, but for next season he has to start over and go again.”

We’ll see how the Colts approach their backup spot in the coming weeks, whether it’s through free agency or the NFL Draft — or by standing pat.

Bryce Pardew, Purvis, Miss.: In regards to last years events, how do you think the Colts will improve, specifically on the offensive side of the ball? What players will help will improving the weak spots? #ForTheShoe

You can probably see where I’m going with this.

Michael Pittman Jr. averaged 14 yards per reception over the second half of last season, then had five catches for 90 yards against the Bills in the playoffs. And Pittman, like every other rookie last year, had to deal with an unprecedented offseason — no minicamps or OTAs, or even preseason games to get their feet wet before Week 1.

There’s a lot to like about what Pittman did last year, especially after he returned from an injury. He’s already got some work in catching passes from Wentz, too.

Tags: carson colts he how offense