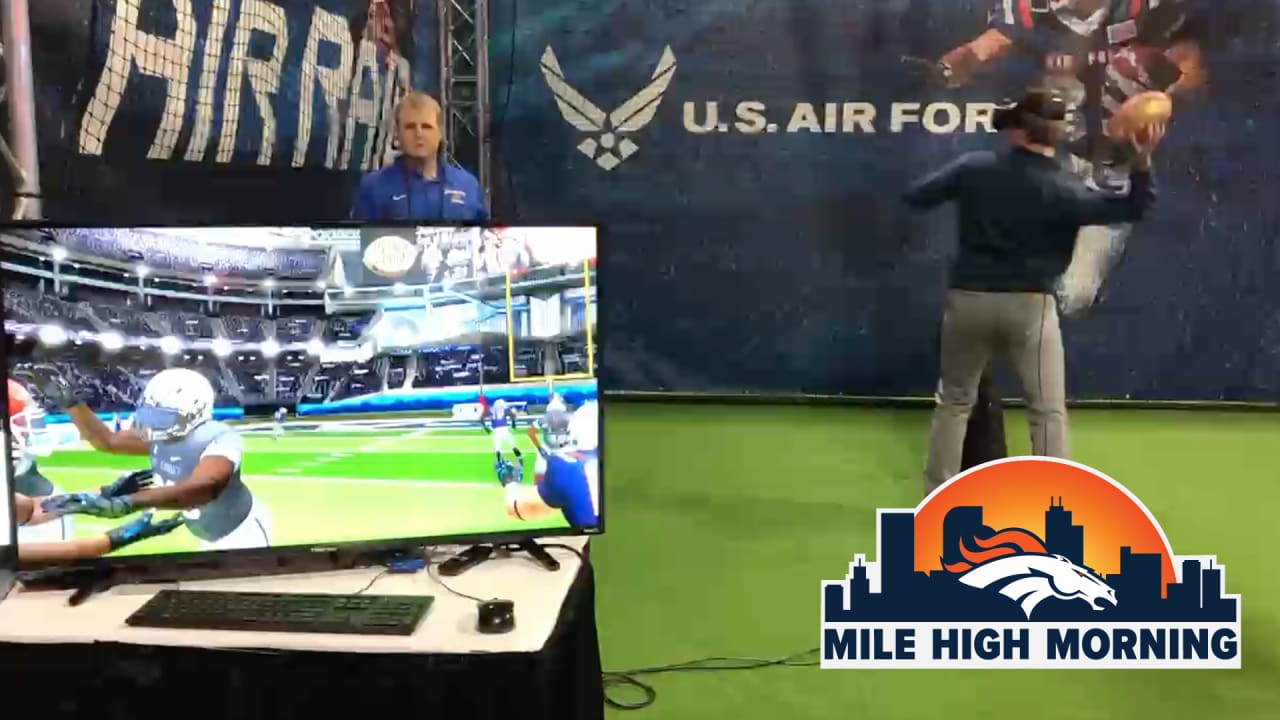 For young football players, especially quarterbacks, there’s nothing more important than reps of live action. However, those reps can be few and far between unless they’re firmly in a starting role.

Former Broncos general manager Ted Sundquist, though, has a project that might help fill in that gap to give young players opportunities to get playing experience in virtual reality, as the Gazette’s George Stoia writes.

“QBSIM is a virtual reality simulator to help quarterbacks — and nearly all football players — train without taking a hit, essentially giving players live, game-speed reps to fine tune their skills without having to be on a football field,” Stoia wrote. “And it’s quickly gaining the attention of high school recruits, colleges like Alabama and even the NFL, including the Broncos.”

The technology, which was designed by a combination of former NFL players and software engineers, places the user virtually into any stadium via a virtual reality headset. From there, a play is chosen and, if you’re the quarterback, you step up and snap the ball just by picking it up. As you drop back and throw in real time, you can scan the field to make your reads before throwing. The ball is then tracked by the software, which will tell you whether the pass was caught or not, or whether it was intercepted.

As Sundquist told Stoia, one of the goals is that the backup can remain active with meaningful reps through the season even if they hadn’t had any since the fourth preseason game.

“[T]hat was frustrating as a personnel guy,” Sundquist said. “So I’m thinking, what can I do to try to help this young player along in that developmental phase?”

An additional benefit is that players can gain experience without the risk of injury. And during the age of COVID-19, it could help avoid risk of illness, too.