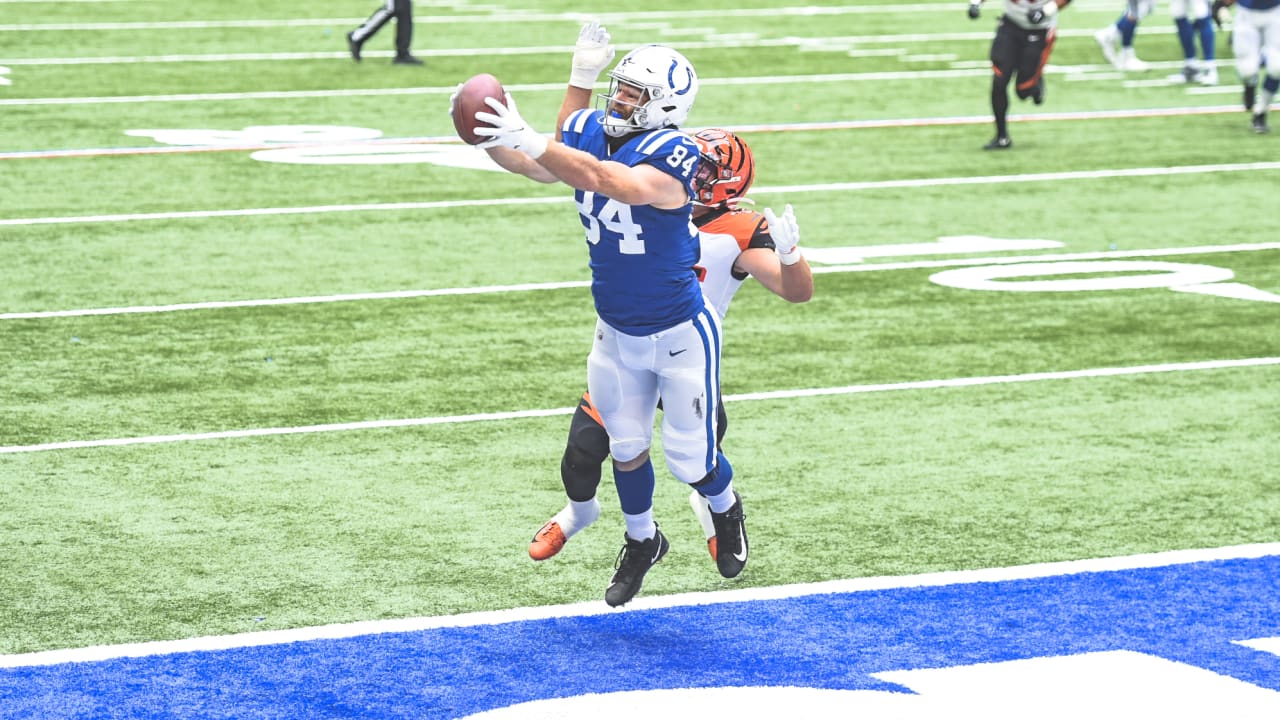 Granson was selected with the No. 127 overall pick in this year’s draft, adding a speedy playmaking threat who had 1,257 yards on 78 catches with 14 touchdowns in two seasons at SMU. He’ll compete for playing time as an “F” (move) tight end in Frank Reich’s offense.

The Colts will have to replace Burton, who was the team’s most-targeted tight end last year (47 targets). Burton had 28 catches, 250 yards and three touchdowns last year.

Doyle enters his ninth year with the Colts with 266 catches, 2,427 yards and 21 touchdowns.

“I’m still having a ton of fun, probably as much fun as I’ve had playing football and truly trying to take it one day at a time and enjoy it,” Doyle said this spring. “But yeah, time does fly and you just take it one year at a time. Sometimes some of the younger guys will ask, ‘What year is this for you?’ It’s weird to say nine. If you would’ve asked Jack Doyle back in 2013 how many years he was going to play in the NFL, I don’t know if I would’ve said nine. But it’s just fun to be here every day and be with the guys playing a kids’ game. You can’t ask for much better.”

Granson will be one to watch at Grand Park this summer, with his athleticism and football IQ bringing intriguing upside to training camp. The 6-foot-2, 242 pound Granson’s speed showed during OTAs and he’ll have an opportunity to carve out a role in the offense during practices and preseason games.

“He adds a speed element in the room that I think is really going to help us offensively, especially on third down,” general manager Chris Ballard said.