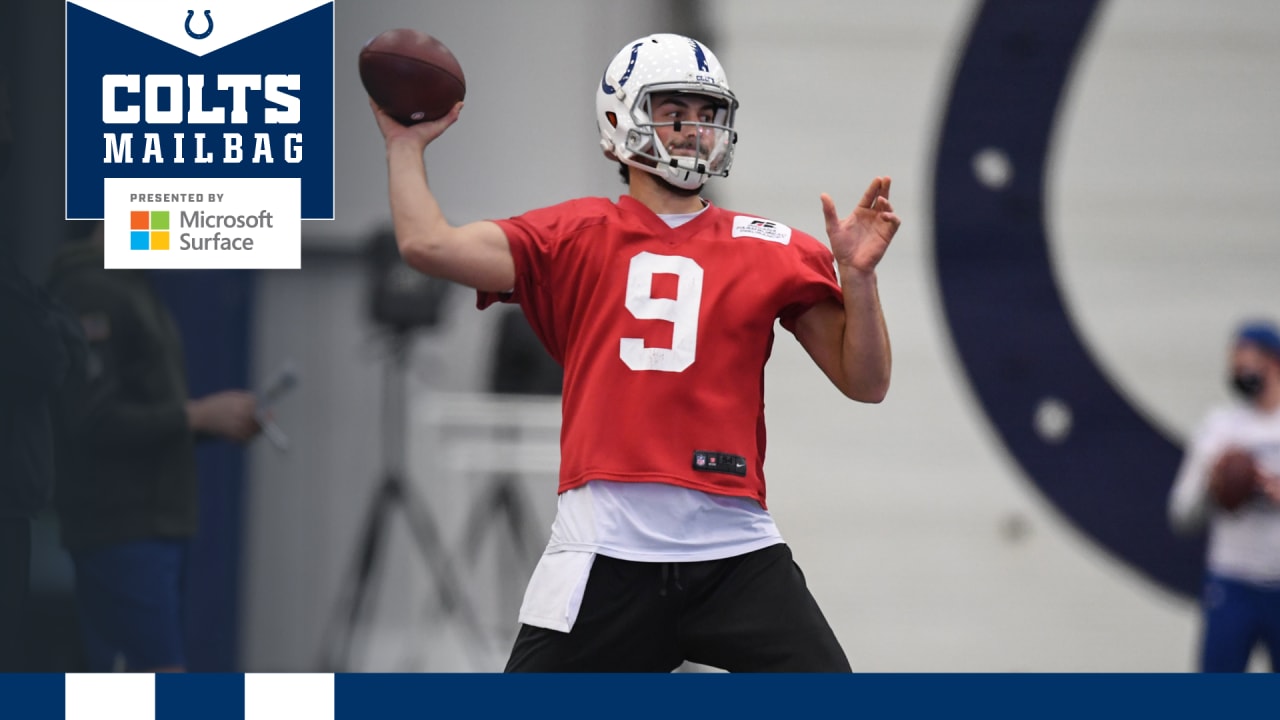 JJ Stankevitz: He’s going to have to compete with Sam Ehlinger and Jalen Morton to earn that job, but the early returns on Eason during OTAs were positive. Offensive coordinator Marcus Brady said he was “very pleased” with Eason’s progress, which is notable since Brady spent plenty of time with Eason working after practice last season. And Eason himself felt good about the work he put in while at the Indiana Farm Bureau Football Center this spring.

But the real test will come in preseason games this August. That’s where trust will be developed not only between Eason and his teammates, but between Eason and Brady, Frank Reich, Scott Milanovich and the Colts’ coaching staff. Remember: Those three preseason games against the Panthers, Vikings and Lions will be the first taste of NFL game action for Eason, Ehlinger and Morton. That’s where we’ll get a better idea of who Wentz’s backup in 2021 will be.

Logan Roembke, Fort Wayne, Ind.: On a scale of 1-10 how comfortable is Carson Wentz with all the receivers and tight ends at this current moment?

JJ Stankevitz: I can’t put an exact number on it but after hearing from Wentz and those receivers/tight ends/running backs in May, I imagine it’s pretty high. Wentz and those guys already put in a lot of work before OTAs – Zach Pascal figured Wentz had thrown with every one of his pass catchers before practices began – and it sounds like there will be a couple more informal throwing sessions before training camp.

That comfort will continue to develop when the competition ticks up in training camp and then into the regular season. But right now, Wentz is doing all the right things in communicating with his pass-catchers about things both on and off the field.

Fabrigace Gisagara, Indianapolis: How well has Carson Wentz been able to be productive and perform at the standard you want him to?

JJ Stankevitz: This is sort of expanding on the last question, but since we heard/witnessed nothing but good vibes from the Colts about Wentz last month, I want to highlight something else.

Wentz’s leadership came to the forefront during OTAs, and his teammates and coaches came away roundly impressed.

“Especially these last two weeks, I know and I can feel it, Carson has made his presence known on this team,” coach Frank Reich said. “And this team has embraced his leadership.”

What this all points to is Wentz building a strong foundation ahead of the 2021 season. That’s an encouraging development for right now.

Jim Merriman, San Francisco, Calif.: Is the reason the Colts did not use a high pick on a LT because LT Sam Tevi went from giving up 8 sacks in consecutive years to giving up 2 sacks last year? I thought I saw somewhere that Chris Ballard talked to Philip Rivers about Sam Tevi before the draft. If he gave Tevi a thumbs up, that might have paved the way for the Colts to bring Tevi on board.

JJ Stankevitz: The reason why the Colts didn’t take a left tackle with a high pick is because they weren’t sold on the players available at picks Nos. 21 and 54 being long-term solutions at left tackle. That’s it. But I do want to hit this question about Tevi, because yes, according to Pro Football Focus Tevi was charged with allowing eight sacks in 2018 and 2019, then two sacks in 2020. In fact, in 2020, he was credited with allowing the fewest pressures (33) in his career, all while playing the most pass blocking snaps (630) in his four years with the Chargers.

The Colts envision Eric Fisher starting at left tackle when he’s recovered from the Achilles’ injury he suffered in the 2021 AFC Championship game. But having Tevi on the roster will help bolster depth on the O-line, which will be important ahead of the NFL’s first 17-game regular season.

Lori Kucewicz, Harvey’s Lake, Penn.: Do you expect the Colts 2nd round draft pick from Vanderbilt to play this year or will he be a red shirt? I heard that he suffered an Achilles’ injury before the Senior Bowl.

JJ Stankevitz: Correct, Dayo Odeyingbo suffered an Achilles’ injury training for the Senior Bowl in January. There’s not a timetable for him yet, but he did say last month his goal is to play in 2021.