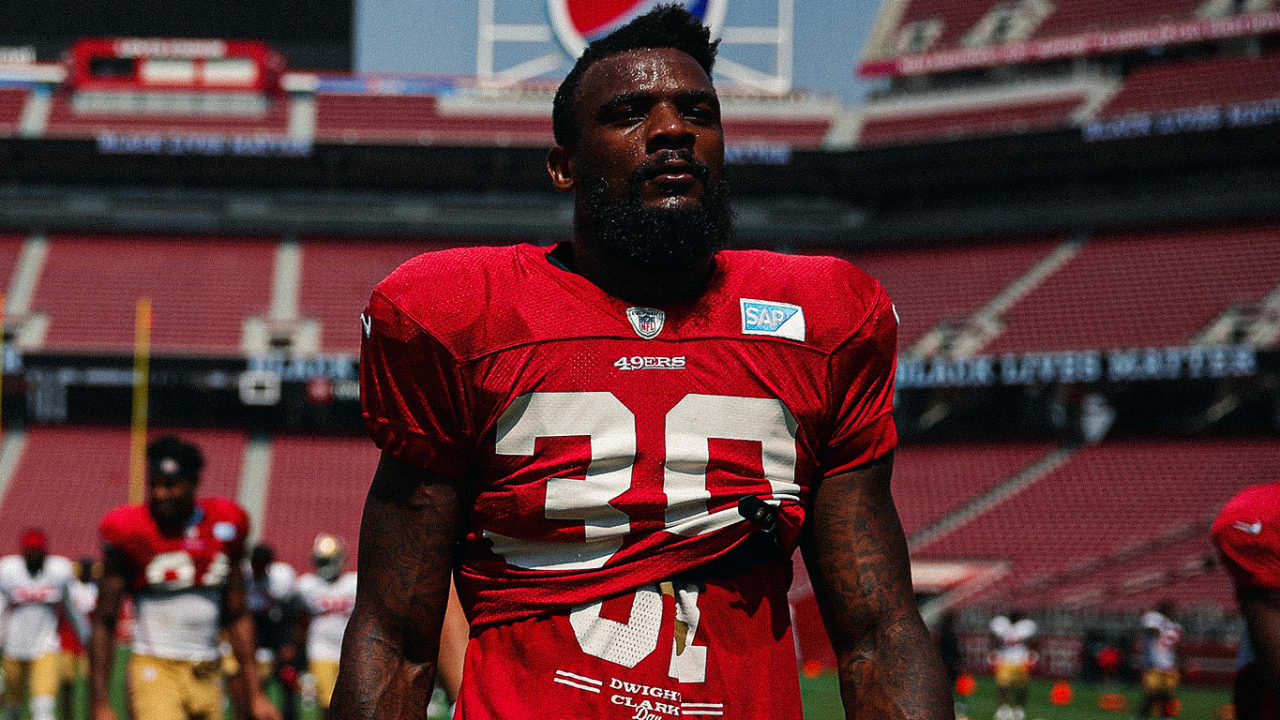 On Tuesday, NFL Network’s Mike Garafolo reported 49ers running back ﻿Jeff Wilson Jr.﻿ suffered a torn meniscus at the team facility on Thursday and is likely to miss significant time.

According to general manager John Lynch, the injury was a freak incident that took place after Wilson Jr. returned to the locker room following a workout.

“He was in the locker room… he was sitting down, talking to some teammates. He got up, and as he got up and turned, he felt a pop in his knee and it kind of got stuck,” Lynch said. “And his knee — he could tell something was wrong. The next day they did imaging and found out he had a substantial meniscus tear.”

After consulting with the 49ers team doctors, Wilson Jr. opted to undergo surgery the following day. The running back is expected to miss four to six months. Given his timeline, he is likely to be sidelined through the start of the regular season.

“From a team standpoint, we’re going to have his back. We’re excited about Jeff,” Lynch continued. “With the timeline we’ve been given, it looks like a PUP (physically unable to perform) situation. So, we’ll go in with that plan… We’re looking forward to having Jeff a part of our team for however much we get him next year.”

The 49ers re-signed Wilson Jr. to a one-year deal back in March. Despite the setback, the 49ers aren’t pressed to begin searching the open market for another halfback just yet, according to Lynch.

“We still have five halfbacks and two fullbacks – that’s a pretty healthy complement of backs,” Lynch said. “It’s still a group we feel great about, and Jeff’s a big part of that equation. We just won’t have him at the beginning. We feel really strong about that group.”