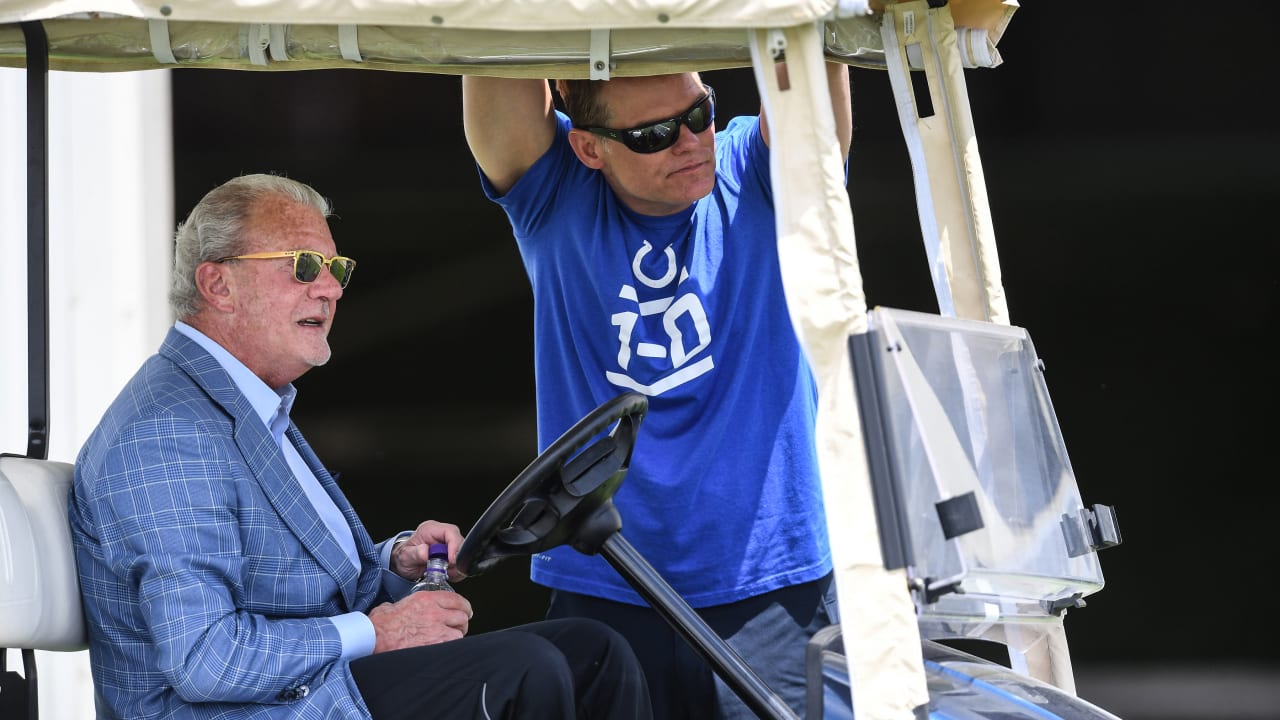 Irsay thinks the Colts are close to hitting the goal they have for the 2020s.

Irsay, general manager Chris Ballard and coach Frank Reich have a common goal to not only establish success, but to sustain it throughout the decade. And Irsay feels like what he saw in 2020 — going 11-5 and narrowly falling to the red-hot Buffalo Bills in the playoffs — can be the start of sustaining a championship standard in Indianapolis.

“You just say, we’re right there,” Irsay said. “Now, what do we need to get it over the top and to sustain that. Because I think don’t forget one thing, Chris and I and Frank Reich talk a lot about, we want sustained greatness. We’re not looking to put together an extremely veteran roster that has a chance to make one run at it. We want to make more than one run at it in this decade. We’ve made it no mystery, no secret that we’re interested in two or more championships. And that’s where our heart and effort lies.”

Added Irsay: “We absolutely feel everything we accomplished in 2020 will be taken forward and when we succeed in 2021 or ’22, the year we had in 2020 was that springboard that was building to the ultimate which of course is a world championship. And I’m excited now because I’m confident if we can get the world championship we can have a real parade in February of 2022. And wouldn’t that be something to get back to some normality? We’d love to get back on that parade route early next year.”

“They both are outstanding draft smiths, if you want to call them (that),” Irsay said. “They really are special. You can see the body of work Chris has already put together, you can see him rated No. 1 by a top publication in this country for making the right picks in the draft. And Bill was the same way.

“Colts fans, realize how lucky we are — it’s a lot like going from Peyton Manning to Andrew Luck, that Chris is really a special guy when it comes to judging talent not only in the draft but with trades like DeForest Bucker and the way he operates putting the roster together. It’s really special. I’m just there to try to make him ask every single question he needs to ask and really try to lead his intuition in the right direction. Believe me, Colts fans know that the draft is your lifeline in this business. That is what dictates the destiny of your franchise. And when you have the best guy doing it in Chris Ballard, you’re blessed.”

Having an All-Pro on both the Colts’ defensive and offensive lines is something Irsay relishes — especially because that means those two star players get to compete against each other in practice, just like the Colts saw 15 years ago.

“It brings up memories, and the memories it brings up is Dwight Freeney and Tarik Glenn going against each other year after year in practice,” Irsay said. “And everyone would gather around when it was time for one on ones because you know you had a special moment to watch two rare, rare special athletes battle and make each other better. It’s the same thing with DeForest and Quenton. They’re such outstanding leaders of this franchise and so rarely gifted.

“I can say if both of these men stay healthy, they will be in a gold jacket. That’s not an exaggeration in how outstanding they are.”