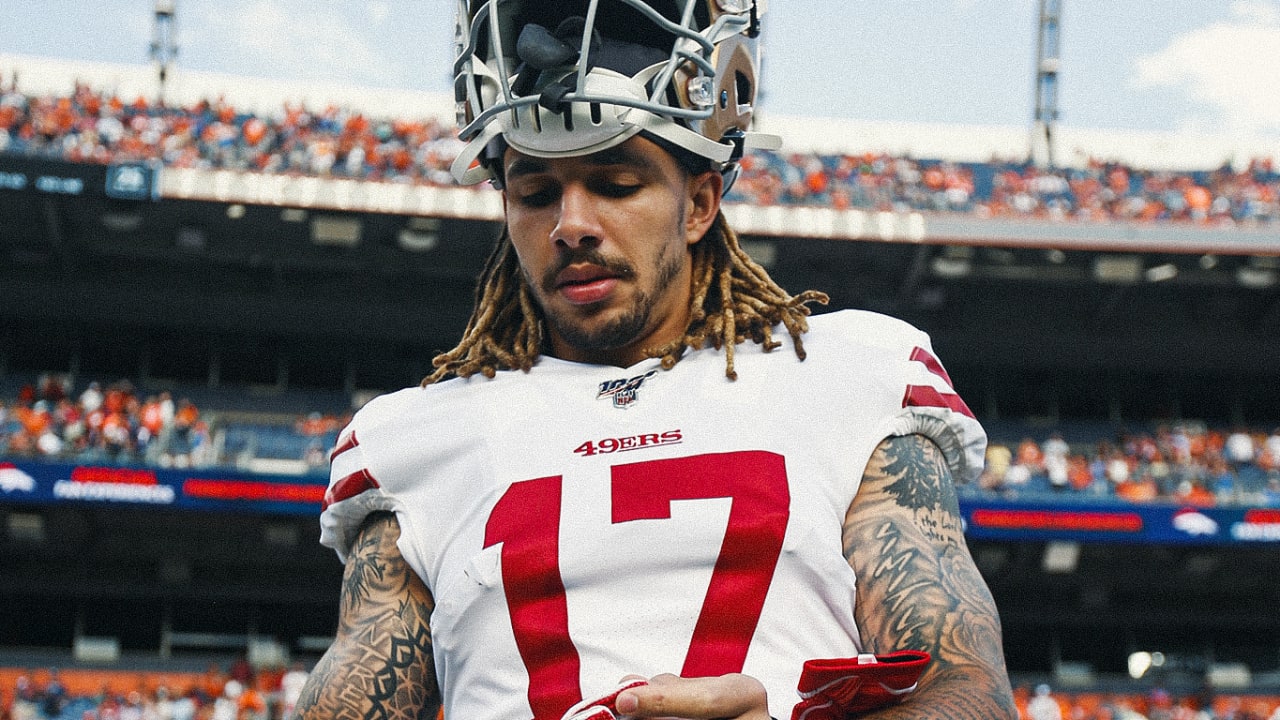 The San Francisco 49ers kicked off Phase Three of their voluntary offseason workout program on Monday with a large contingency of their roster in attendance. Among the players on hand was a familiar, yet unfamiliar face for the 49ers: Jalen Hurd﻿.

Hurd was drafted in the third round of the 2019 NFL Draft and was expected to develop into a versatile wide receiver who could “do it all” in a Kyle Shanahan offense. There were plenty of high expectations for the 6-foot-5, 230-pound wideout, who was lauded for his elite size and length and his ability to line up all over the field coming out of Baylor.

Instead, Hurd never set foot on an NFL field. His rookie campaign was derailed following a preseason back injury that sidelined him for the entirety of the season. A promising return in 2020 was disrupted by an ACL tear suffered in a non-contact workout in training camp.

Hurd rejoined the team ahead of the offseason workout program to continue his rehab at the 49ers facility and appears on track for a return in the near future. Hurd’s resurgence comes at a favorable time for San Francisco, as the 49ers enter the 2021 season void of a No. 3 receiver. Following the loss of ﻿Kendrick Bourne﻿ to the New England Patriots in free agency, the 49ers have questions surrounding their receiving corps.

﻿Jimmy Garoppolo﻿ is also hoping for a clean bill of health out of the wideout. The quarterback joined 95.7’s The Game’s “Damon, Ratto & Kolsky Show” to discuss the 49ers offense and was asked if Hurd is a player who could be a large part of the offense in 2021.

“Man, I sure hope so,” Garoppolo said. “I’m dying to get him out there right now, I really am. He’s such a physical freak – just the things he could do in his route running with the ball in his hand. It’s very impressive. So hopefully we’ll get to put those on display and get him out there as soon as possible.”

While Hurd was not a part of the full team non-contact drills, the wideout spent the session rehabbing on the sidelines – a positive indication of his progress. Nearly nine months removed from injury, the 49ers feel optimistic in his recovery, and head coach Kyle Shanahan believes the receiver could make a timely return ahead of training camp set for later this summer.

“It’s been great to have Jalen back,” Shanahan said on Tuesday. “He came back right when Phase Two started and he’s done a good job in his ACL rehab. He should be ready to go back to camp. So hopefully there aren’t any setbacks and stuff like that. But right now, he’s just working out with (head athletic trainer) Dustin (Little) on the side and making sure he continues to rehab and gets ready for his time, which would be training camp.”