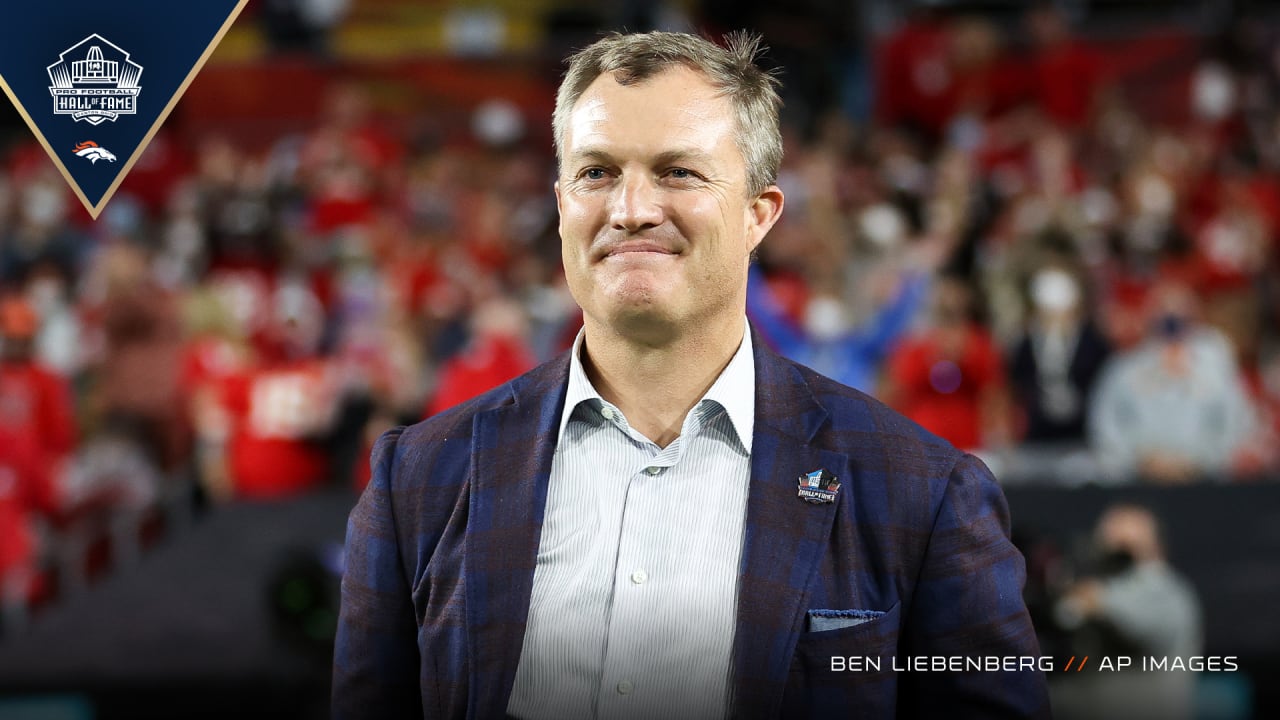 Denver emerged as his ultimate destination, and Lynch picked up where he left off, earning Pro Bowl selections in each of his four seasons with the Broncos. The team came up just short of a Super Bowl run in 2005 with a loss in the AFC Championship, but his individual accomplishments helped power him to the Denver Broncos Ring of Fame and eventually the Pro Football Hall of Fame.

“I’m really grateful that the Broncos were there for me at that stage of my career,” Lynch said. “I had played 11 years in Tampa, and the thought of going anywhere else was really hard to digest. They gave me a really nice landing spot. My only regret is that we knocked on the door being in that championship game in ’05 with Champ and I and that group, Al Wilson — we talk about it often — that we kind of let one get away right there. But my only regret is not having won a championship. But I gave it everything I had, and Denver became and will always be a special place in my heart and that of my family, as well.”

In making that move to Denver, Lynch became a key part of the trend of star players wanting to spend their final years of their career as a Bronco. The most famous of these, of course, are Peyton Manning and Lynch, but there’s also former Broncos like DeMarcus Ware, Brian Dawkins, Ty Law, Neil Smith and Tony Dorsett.

“[Y]ou just knew with Mike at the helm and, even more so, Pat Bowlen as the owner — I talk about it a lot, but all you want as a player [is] you want a chance,” Lynch said. “I think there’s some organizations where you know you’re going to have that if you join them. When I was playing, that was always the case, that you had a chance when you went to the Denver Broncos. They were going to do everything possible. Their actions represented that. It wasn’t just talk; their actions represented them competing for a championship. That’s what Pat Bowlen, I quickly learned, that’s what made him go. The competitive spirit, of wanting to compete for a championship each and every year.”

For veterans like Lynch at the stage of their career where they’re hoping to chase one more title, the reputation that teams like the Broncos have become well known throughout the league — not to mention all the other amenities the location has.

“Those things travel,” Lynch said. “I think Colorado is a beautiful place to live. It has so much to offer with the mountains, the people are extremely active. The fan base, much like our Niner fan base, is very regional. It’s not just people in Denver. When you travel — I don’t know who’s responsible, I think maybe somebody who wore number seven is fairly responsible for that, as are a lot of … those guys who won championships — but when you travel, people meet you at your bus. They’re at your hotel. It’s a very regional fan base, national fan base. There’s a lot that organization has to offer. Those things like that travel in players’ circles — that, ‘Hey, you’d love living there, you’d love playing there, the organization does things right.'”

So maybe it wasn’t the conversations on a Hawaiian beach or at a Colorado ski resort, so much as the conversations that happened between Lynch and other NFL players throughout the course of his career. Regardless, by the time he made his decision in spring of 2004, that becoming a Bronco would be the right choice for him.

More than 15 years later, as he prepares to be officially enshrined as a Pro Football Hall of Famer, it’s clear that it was.