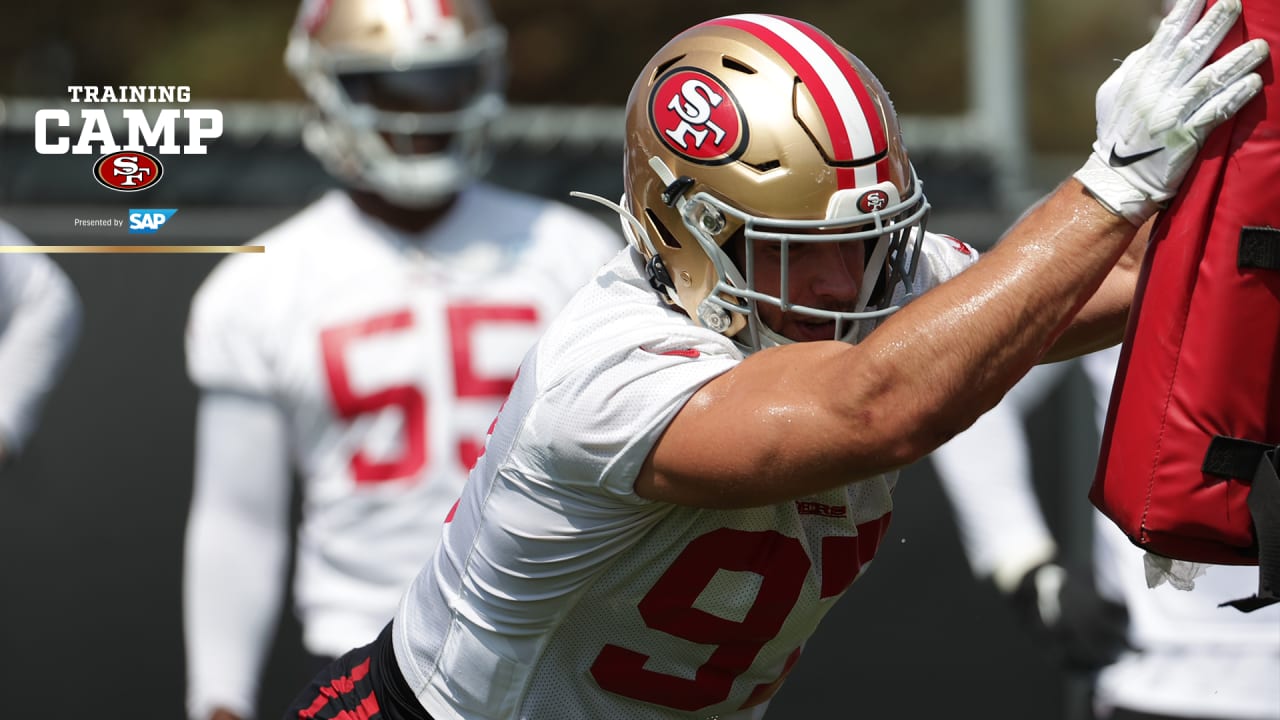 It has been 322 days since Nick Bosa last appeared in an NFL contest. By the looks of it, that drought could be coming to an end sooner than later. When asked by reporters the potential of the edge rusher being ready by the start of the regular season, head coach Kyle Shanahan expressed his optimism on where the Pro Bowler stands five weeks out.

“I believe so,” Shanahan said on Bosa being ready by Week 1. “That’s been the plan all along. There have been no setbacks. He’s doing great right now.”

That’s music to the 49ers ears. San Francisco spent all but two games last season without Bosa in the lineup. While expected to put up an encore performance to his Defensive Rookie of the Year outing, the esteemed edge rusher suffered a torn ACL in the team’s Week 2 contest against the New York Jets.

Bosa spent the offseason rehabbing under the guidance of his doctor and the 49ers staff. By the start of training camp last month, Bosa had passed his physical and was cleared to return to the field.

Since, Bosa has yet to take part in 1-on-1 or full-team drills, however, the team is opting to ease him back into the fold through position drills alongside the rest of the defensive line. The 49ers have implemented a training schedule that gives Bosa a day off between every three practices, referred to as “maintenance days,” to focus on his health and recovery.

The third-year defensive lineman is on par with the strategy San Francisco has implemented. So far through the first two weeks of camp, all signs appear to be trending in the right direction. As general manager John Lynch alluded to, it’s unlikely he’ll be on hand as the team kicks off their preseason slate of contests, beginning with the Kansas City Chiefs on Saturday, Aug. 14. But if things continue on the path they are, both Bosa and Shanahan believe that, barring any setbacks, 49ers fans can expect to see the former Defensive Rookie of the Year on the field when the 49ers open the season on Sept. 12 against the Detroit Lions.

“I looked at the schedule, but I knew since it was an early injury that I, for the most part, would probably be ready to go for Week 1,” Bosa said last month. “And everything right now is trending towards that.”