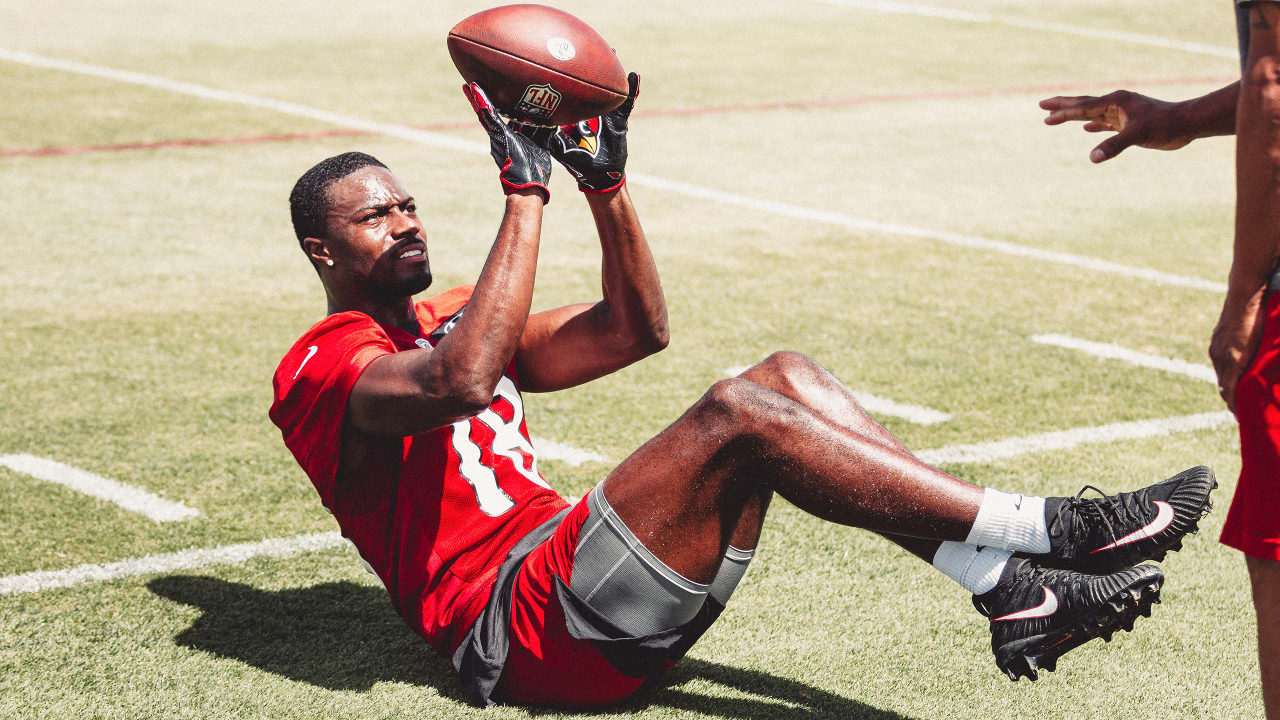 The Cardinals’ receiving production was lopsided a season ago, as Hopkins had 786 more receiving yards than the second-leading receiver, Christian Kirk﻿, which was the widest gulf in the NFL.

Kirk, who is expected to move into the slot in 2021, is aiming for a more consistent season, and Green will also get his chances lining up opposite Hopkins on the outside.

“I’ve never played with a guy like D-Hop,” Green said in an ‘On The Fly’ interview with Lisa Matthews. “Coming in and meeting him – I know him because he’s from South Carolina, but we’d never been in a room together. The guy is unbelievable, man, and he embraced me. We don’t have egos. He was telling me, ‘If you want to run a route and I’m at the position, just let me know.’ When you have a guy like that, two guys like that, in a room, it’s going to be unbelievable. We feed off each other.”

At 6-foot-4, Green will be a much taller downfield option than the Cardinals had at ‘Z’ receiver last season, which could help Murray in single-coverage looks.

This is the second straight offseason the Cardinals have acquired a big-name wideout who set records with his previous team.

Hopkins was added in his prime, so there was little question he would come in and contribute. Green is a little older, but is buoyed by his own chance to prove himself in a new location.

“I’d been in Cincinnati so long and I don’t know anything else,” Green said. “For me to get a chance to get out, it was all about winning and being in a great environment. I think Arizona was the perfect situation, because they have the young guys, they’re building this defense, they have a young quarterback. I think I fit in well over here with D-Hop.”

Tags: green he was