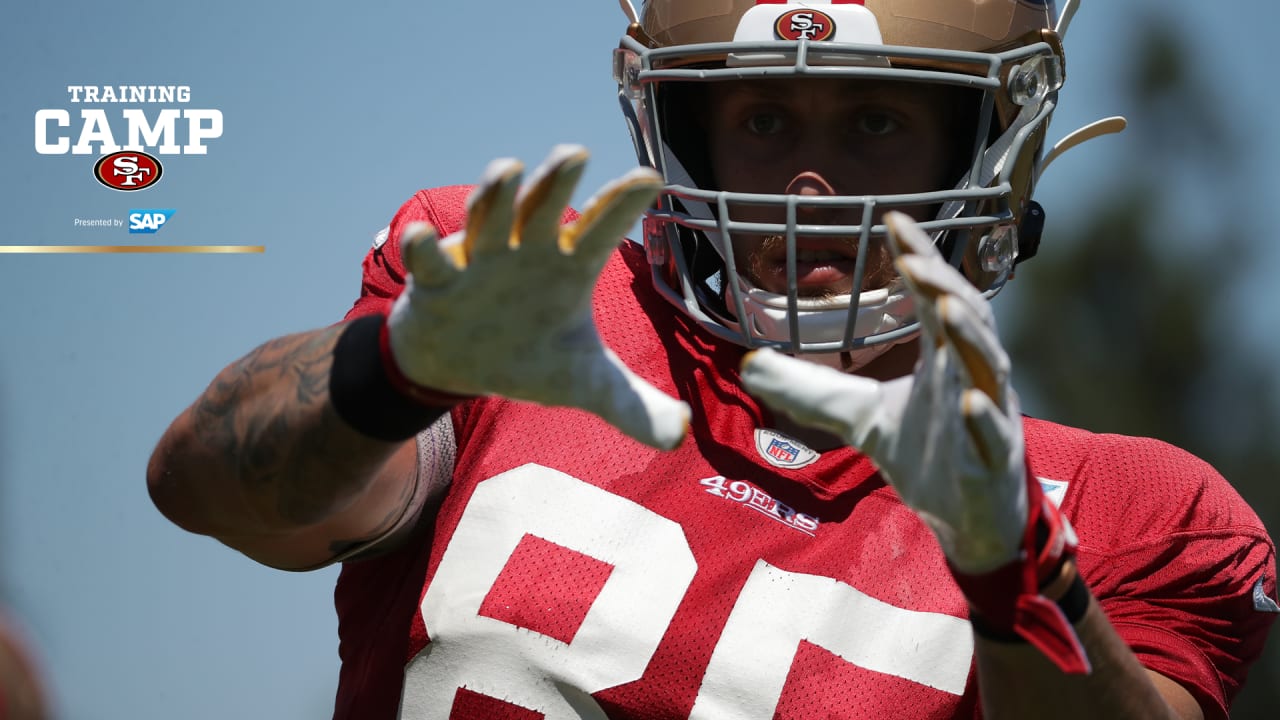 Wednesday wrapped up the 49ers second block of training camp practices, which was highlighted by 1-on-1 drills, full-team work and a red zone period to close out the session. Here are we few observations from the practice:

– One of the standout plays of the session was a pass from ﻿Trey Lance﻿ as the quarterback hit tight end ﻿George Kittle﻿ deep for a 40-yard pickup.

– ﻿Arik Armstead﻿ and ﻿Jordan Willis﻿ both recorded “would-be” sacks during the team’s first 11-on-11 period.

– Lance recovered from a low snap and connected with ﻿Brandon Aiyuk﻿ on a 20-yard catch-and-run over the middle of the field.

– ﻿Talanoa Hufanga﻿ broke up a deep pass from Lance intended for Kittle.

– ﻿Maurice Hurst﻿ stuffed Lance behind the line of scrimmage on a quarterback-designed run.

– The 49ers held 1-on-1 red zone drills for the receivers and corners. Here are a few highlights from the period:

– The team closed out the session with full-team red zone drills. Here are a few notes from the exercise: