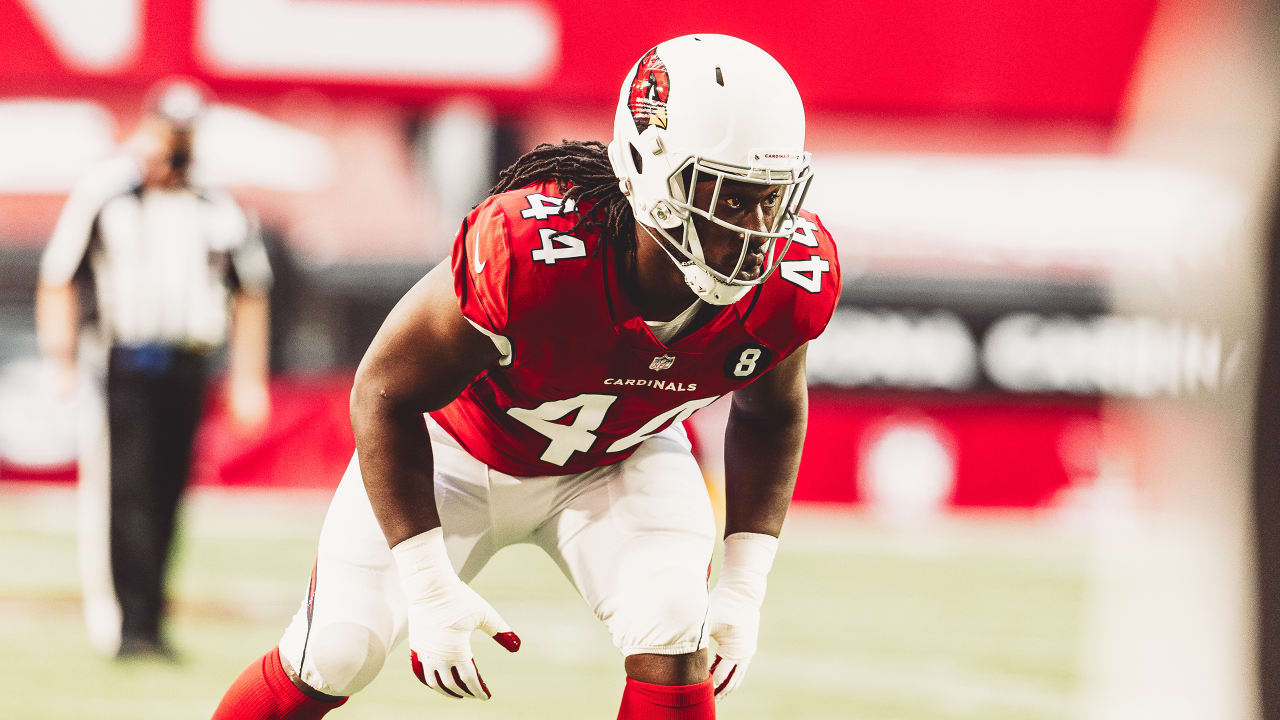 In free agency, money is almost always the main motivation for signing with a team. But for Golden and right tackle ﻿Kelvin Beachum﻿, it may not have been the top priority.

Golden’s contract was reportedly for two years at $2.5 million per season plus incentives, a value deal for a player who has shown the consistent ability to pressure opposing quarterbacks.

“I had other teams reaching out to me, but once I got the offer from the Cardinals, I wanted to make it work,” Golden said. “I knew where I wanted to be.”

Beachum signed a two-year contract for a reported $2 million per year. He started all 16 games at right tackle last season and is projected to again be the starter in 2021. Beachum enjoyed his first year in Arizona, and with three young kids, preferred not to uproot them unnecessarily.

He said the presence of offensive line coach Sean Kugler is originally why he joined the Cardinals, and the main reason why he reupped.

“Sean Kugler is a guy that stood on the table to draft me in 2012 (with the Steelers),” Beachum said. “We’ve had a great rapport and a great relationship over the years. I probably wouldn’t play right tackle for another coach.”

The Cardinals have made splash signings and trades in this free agent period, but the presence of dependable veterans at a low cost are also crucial. Golden and Beachum fit that bill, and it’s clear they are happy to be a part of the team moving forward.

“I don’t want to play anywhere else,” Golden said. “I want to come here and help the Cardinals win. I know I can help a team win, and I can play at a high level. I’d rather it be here and help my team, the Arizona Cardinals, win a championship.”