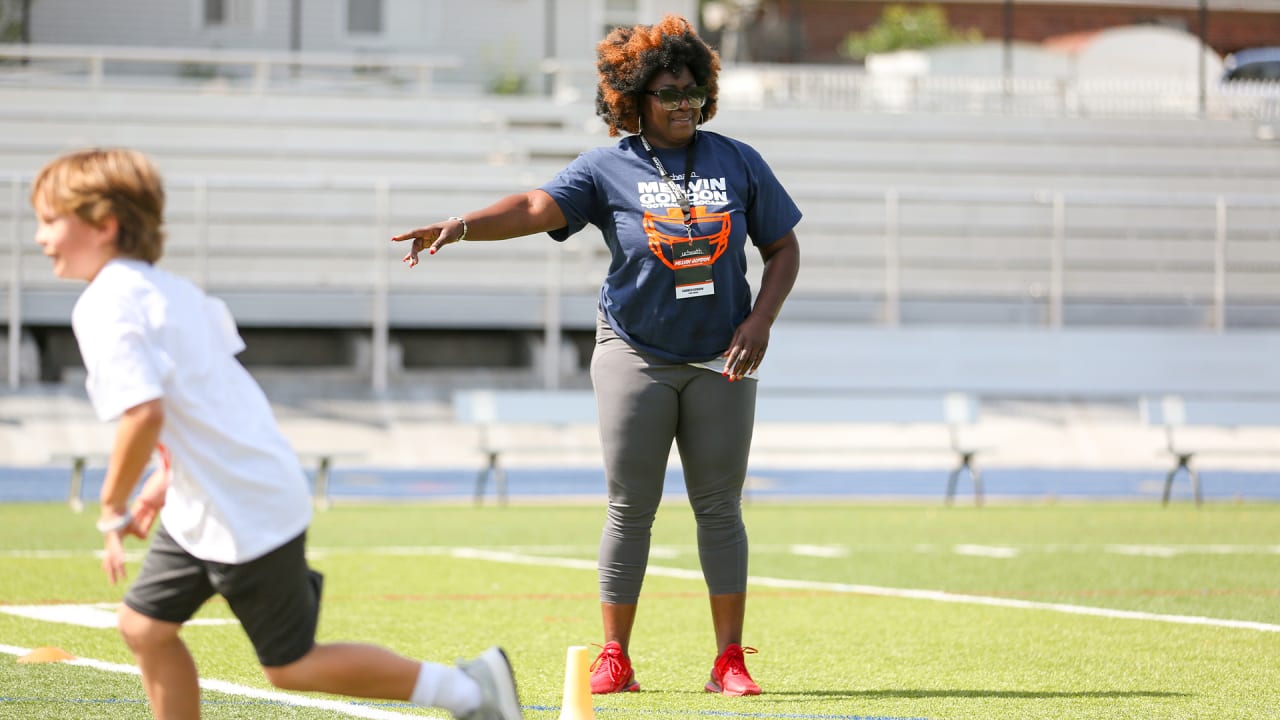 ENGLEWOOD, Colo. — For many people, meeting their parents’ expectations is a difficult task, and it seems like Melvin Gordon III can count himself in that camp.

She may also be his biggest fan, of course — “She’s never missed a game that she’s been able to go to,” Gordon said — but after the COVID-19 pandemic forced her to watch his games from home, she was able to get a better evaluation than when in the stands, and she never hesitates to share it with her son, she said.

And despite Gordon rushing for nearly 1,000 yards in just 15 games, she thought he could have done better.

“I told him he looks slow — ‘You need to work on that in the offseason,'” Carmen Gordon said. “‘When you’re coming out of that hole, you’re looking a little slow.’ And [I notice] a little footwork and whatnot. Just seeing things that probably nobody else sees, because I know how he usually moves.”

That just means her expectations are high, though. And Carmen envisions a career season for the seventh-year vet in 2021.

“I’m expecting him to come out shooting — I’m expecting Pro Bowls and some more mess this year, because he’s really been working hard,” Carmen said. “Let’s see how that works out with all that work he’s putting in.”

But this day, at his youth football camp for more than 150 children, Melvin exceeded all of Carmen’s expectations. It took her back to memories of his childhood at their Kenosha, Wisconsin home, and she was more than happy to help out as a coach at one of the stations.

For Gordon, a camp like this was also something he’d been wanting to do in Denver for a while. With the pandemic in full effect a year ago, he was not able to get involved in the community in person as much as he’d hoped. At last, now he could help bring an event like this to kids in the area — something he’d not had the chance to experience when he was young.

“I just know how it moves kids,” Gordon said. “… Any time I’m always asked about camps and why I do it, it’s because I never had this opportunity. No one ever came to Wisconsin in my little city and showed us love and had any camps. Kids would have loved that; I would have loved that. And that’s just something we weren’t fortunate enough to get. So just trying to give back to different communities and do those little things like this that makes a difference. You never know what kid might be moved by this, and you never know who’s the next star. The next Tom Brady could be out here. You never know. Just give them something to smile about and stay thinking about.”

Tags: gordon he she