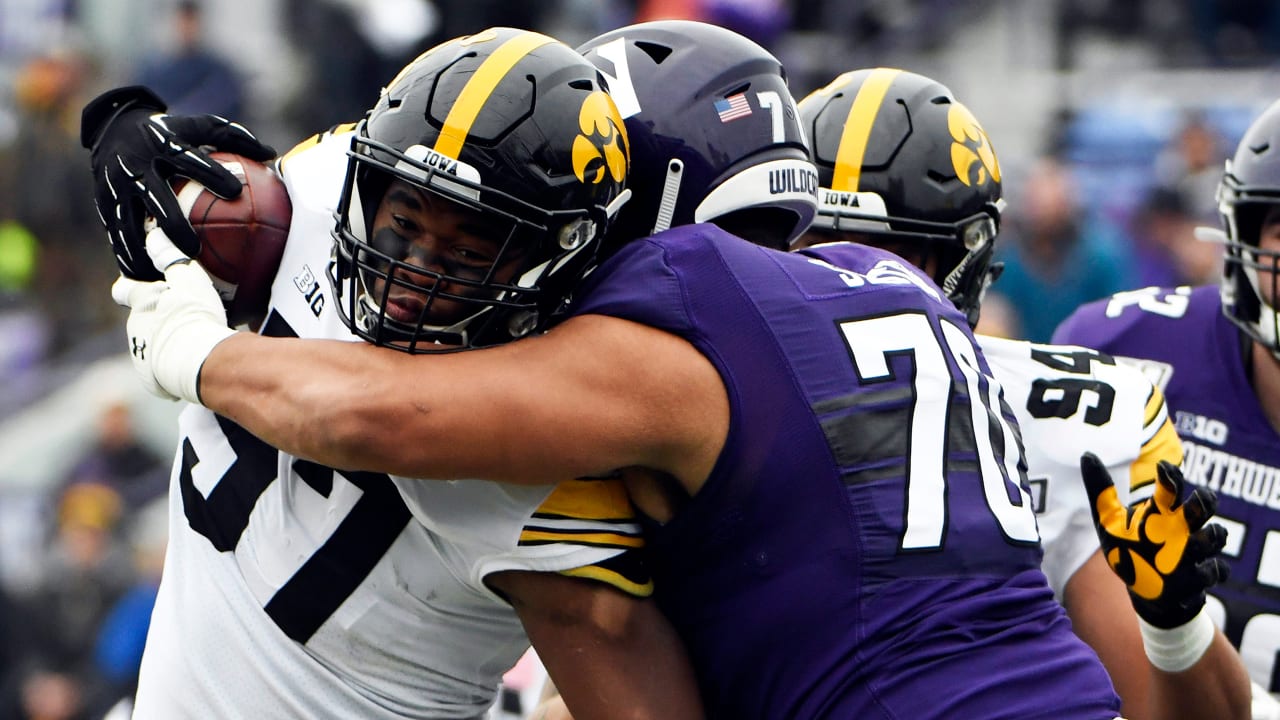 Allen started his questions with Schefter, a graduate of Michigan and Northwestern, with a prospect from each school (former Wolverines DE Kwity Paye and former Wildcats OL Rashawn Slater). We recently took looks at Paye and Slater.

“[Paye is] a good, effective pass rusher, and I think he can come in and contribute right away. That would be a good pick for Minnesota,” Schefter said. “I don’t think Rashawn Slater will be there at 14. I would be really surprised if Rashawn Slater is there at 14. I’ve heard his name too many times from too many people that like him too much to make me think that he’s going to slide to 14, and if he does happen to slide to that spot, turn in the card [with Slater as the pick].”

Florio described the impacts that adding to the offensive line or defensive line can have on other positions. He also said the Vikings have a “gaping hole” to fill at left tackle.

“I know Ezra Cleveland is the guy who is penciled in to slide over. If you do that, then you’ve got a hole at [right] guard, so that offensive line, side to side, all five spots, has got to get better,” Florio said. “We’ve talked about this before, Paul, the idea that Kirk Cousins is very good with the play that’s called and is not very good with the play that you have to come up with on the fly. The more the offense can run the play that’s called without the walls collapsing, the better the offense can be.

“I also think the pass rush needs to be better,” Florio added. “They’ve done a lot on the back end to make it better. The best way to make the back end of your defense better is to improve the front end and give the quarterback no time.”