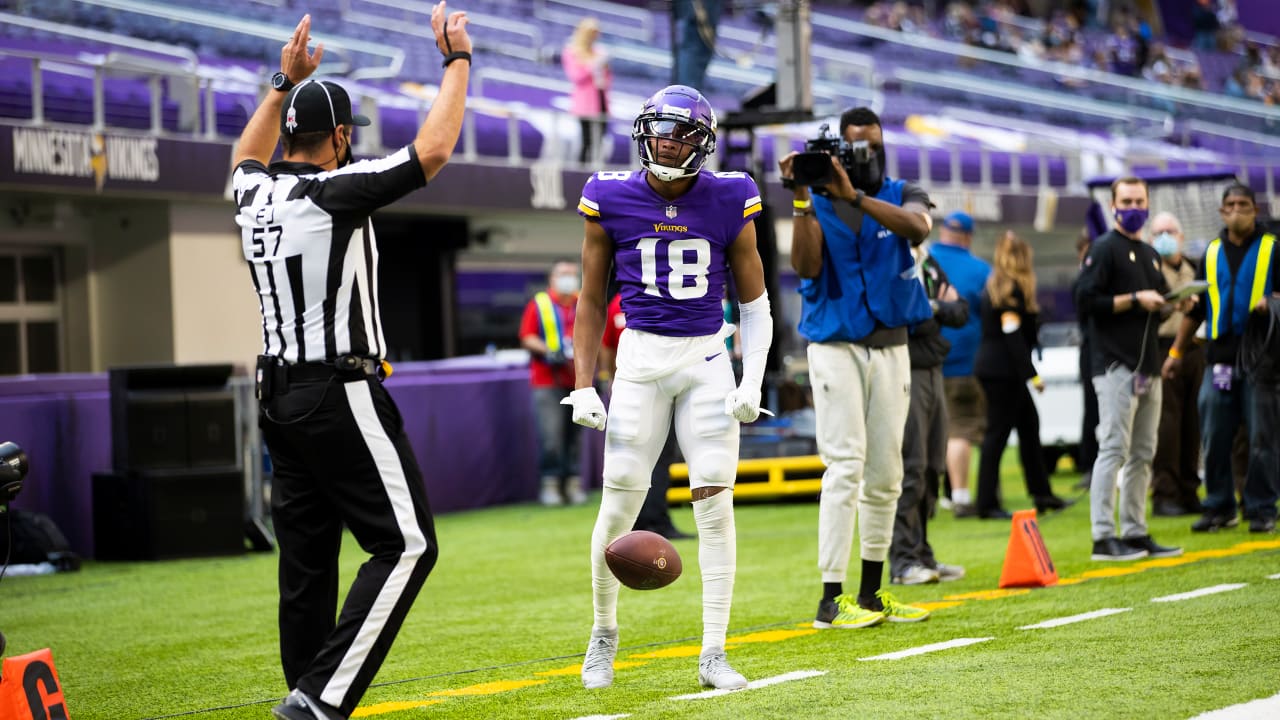 Yes, that Justin Jefferson. Yes, already. No, it’s not too soon.

Jefferson has played one NFL season. During that season, he caught 88 passes for a rookie-record 1,400 yards and seven touchdowns. He made the Pro Bowl and was named a second-team All-Pro. There have only been 62 seasons where a player went for 88-1400-7 in the history of American professional football, and Jefferson already has one of them. All of the other guys to do it went on to have extremely long, productive careers, and obviously, several of them are either already in or on their way to the Hall of Fame.

The only player to record more than one such season at the age of 25 or younger is Larry Fitzgerald. Jefferson has four more chances to join him. I wouldn’t bet against it. He’s a special player.

Vikings lead the way in ’10-year draft success’ for RBs

For each draft pick, we look at the value he generated during his rookie contract and compare it to the distribution of outcomes based on where he was drafted. To measure success at a given position, we look at the percentiles of all draft picks at that position and take a weighted average, with higher picks weighted more heavily.

Among running backs, Minnesota led the league by a fairly wide margin. And remember, the time range measured doesn’t even taken into account the Vikings selection of Adrian Peterson in 2007.

Minnesota is the only team in the 70th percentile for running back draft success, followed by division-rival Chicago (high 60th percentile).

With Adrian Peterson as a workhorse for a long time, the Minnesota Vikings took only three shots at running backs in the last 10 years: Jerick McKinnon, Dalvin Cook and Alexander Mattison. All of them outplayed their draft position.

The Vikings also ranked in the top half of the league for linebackers, tight ends and receivers.