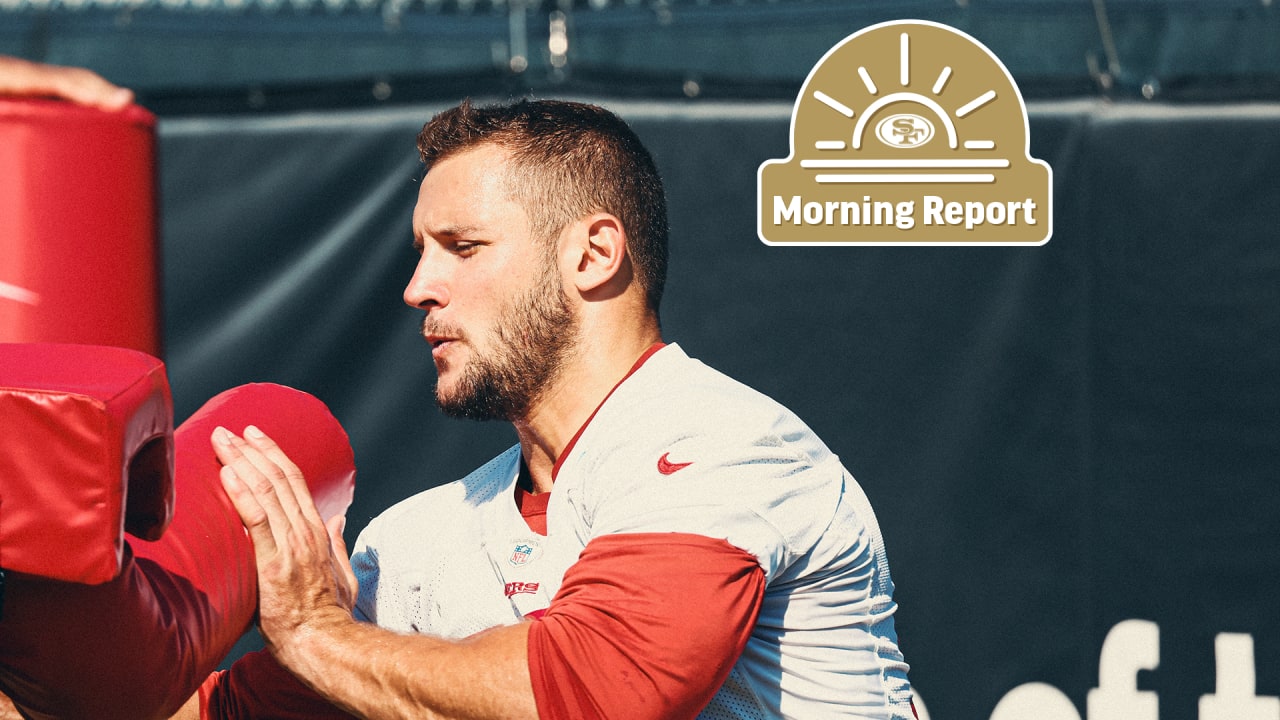 During his “State of the Franchise” series, NFL.com writer Adam Rank reviewed all 32 NFL teams to break down where each club stands heading into the 2021 season. For San Francisco, Rank provided a recap of 2020, games to circle on the calendar and important storylines to watch, as well as predicting the players he thinks will step into the spotlight in 2021. Here’s what he had to say:

“Bosa showed up for 49ers workouts earlier this spring, but he couldn’t do much because he was still rehabbing. Bosa was amazing during his rookie season, with 16 tackles for loss, nine sacks and 25 quarterback pressures. A true game-changer right off the bat, he played a crucial role in San Francisco’s Super Bowl run. Now, the 49ers still did alright defensively last year without Bosa. This isn’t a one-man defense. Not even close. But he was the guy who took the defense from good to very good. Like, going to Disneyland is good. Having a fast pass to jump the lines is even better. The 49ers had just 126 quarterback pressures in 2020 — the fourth-fewest in the league — and allowed a league-worst 3.3 seconds time to hurry (per Next Gen Stats). Bosa’s return to action will turn those lackluster figures around real quick.”

“The Arizona State product was one of my favorite receivers coming out of the draft last year and he didn’t disappoint. Aiyuk led the team in targets (96), receptions (60), receiving yards (748) and receiving touchdowns (five). He led all rookies in targets per game (8.0) and had the second-highest averages in receptions (5.0) and receiving yards (62.3) per game, behind only Justin Jefferson﻿. Now, some people (i.e. fantasy dorks) are afraid that George Kittle and Deebo Samuel being healthy will cut into the second-year pro’s target share. OK, but I believe having Kittle and Samuel on the field will open things up for Aiyuk. He’s a dynamic playmaker. If this 49ers offense is cooking and fully healthy, Brandon is going to eat. And then next year, a bunch of you will deny that I said this. And I’ll have to take a screen grab and post it on IG. So let’s just cut to the chase where you believe what I’m telling you.”

Updates on Bosa, Ford, Garoppolo ahead of the Start of #49ersCamp

Melvin Gordon III reflects on own rookie season, expects Jerry Jeudy to break out in Year 2