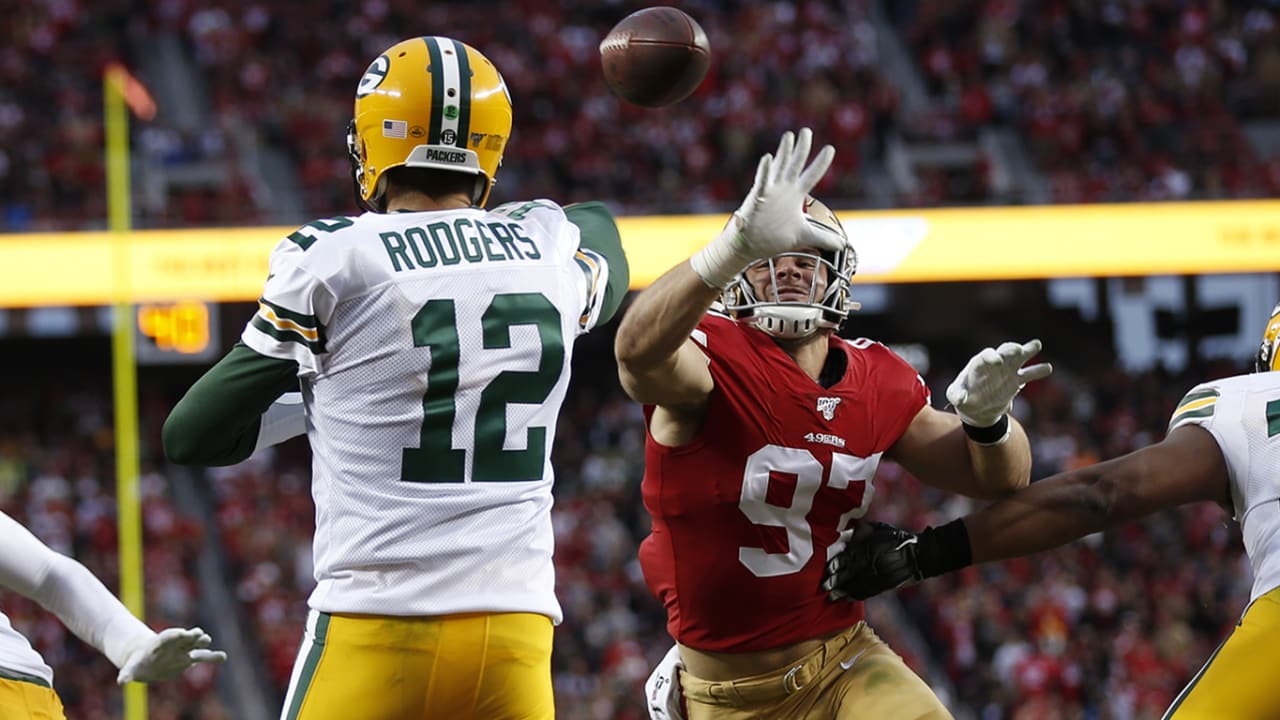 NFL.com writer Adam Rank has sifted through where all 32 teams currently sit at this point on the NFL calendar and provided his own “State of the Franchise” look at each club, zeroing in on the key figures to watch and setting the stakes for the season to come.

While San Francisco certainly wants to leave 2020’s woes in the rearview, Rank believes the 49ers roster is front loaded with one of the most complete NFL rosters and should be regarded as “one of the front-runners to reach the Super Bowl” in 2021.

In order to do so, the 49ers have several orders of business to maneuver throughout the regular season, including facing six teams who made playoff appearances in 2020.

Optimistically for San Francisco, the 49ers are tied for the 19th-toughest schedule in the league (.489), with their upcoming opponents owning a 132-183-2 record in 2020. Just five of their 14 opponents possessed a record greater than .500 last season.

Rank highlighted three key dates on San Francisco’s schedule that could have a lot of implications on the 49ers postseason aspirations. Here’s what Rank sees as notable matchups for San Francisco’s quest back atop of the NFC.

Week 3 vs. Packers: I feel like every time I put down something with Green Bay, I have to ask myself who is going to be the Packers’ starting quarterback. But let’s say it’s Aaron Rodgers﻿. Remember that the 49ers dismantled the Pack twice in 2019. And I would say one of the key reasons Green Bay earned the No. 1 seed last year was because San Francisco had so many injuries.

Heading into the 2021 season, San Francisco was awarded the max-allotted five primetime contests for the second-straight season. Three of those matchups, including this Sunday night showdown, will be held at Levi’s® Stadium. This marks the fourth-consecutive year the 49ers and Packers have met in the regular season, and one of the earliest matchups between the two clubs as the game is slated for San Francisco’s home opener in Week 3.

Of note, the 49ers have won six out of the last nine overall games against the Packers.

Week 8 at Bears: Another contest where we can only speculate who the quarterbacks are going to be at this point of the season. Justin Fields and Trey Lance will always be tied together.

Beyond the hoopla behind two first round quarterbacks potentially going head-to-head in their rookie seasons, it’s too early to project if and when Lance will earn his first start as the 49ers quarterback. Kyle Shanahan and John Lynch have remained dedicated to Jimmy Garoppolo as the team’s starter, barring any impediments.

Nonetheless, there were ample ties between Fields and the 49ers brass during the pre-draft process, with many national pundits projecting San Francisco to select the Ohio State product No. 3 overall. Having had the option for a number of prospects third-overall in the draft, Week 8 makes for an enticing “would’ve, could’ve, should’ve-type” matchup.

Week 18 at Rams: The Rams come to Santa Clara in Week 10. To me, these are two of the top three teams in the NFC, along with the world champion Buccaneers. I expect the NFC West race to come down to this final game. No disrespect to the Seahawks or Cardinals, but these are my top two in a brutally tough division.

The addition of Matthew Stafford to the NFC West only adds to the intrigue of this season’s divisional matchup. The 49ers have won four of their last five matchups in Los Angeles since the Rams returned to Southern California in 2016, and with the potential of the division on the line in the season finale, they’ll aim to continue that success in 2021.

Fans interested in purchasing single game tickets to a 49ers home game should visit 49ers.com/tickets/single-game to purchase. Ticket prices and availability are subject to demand.