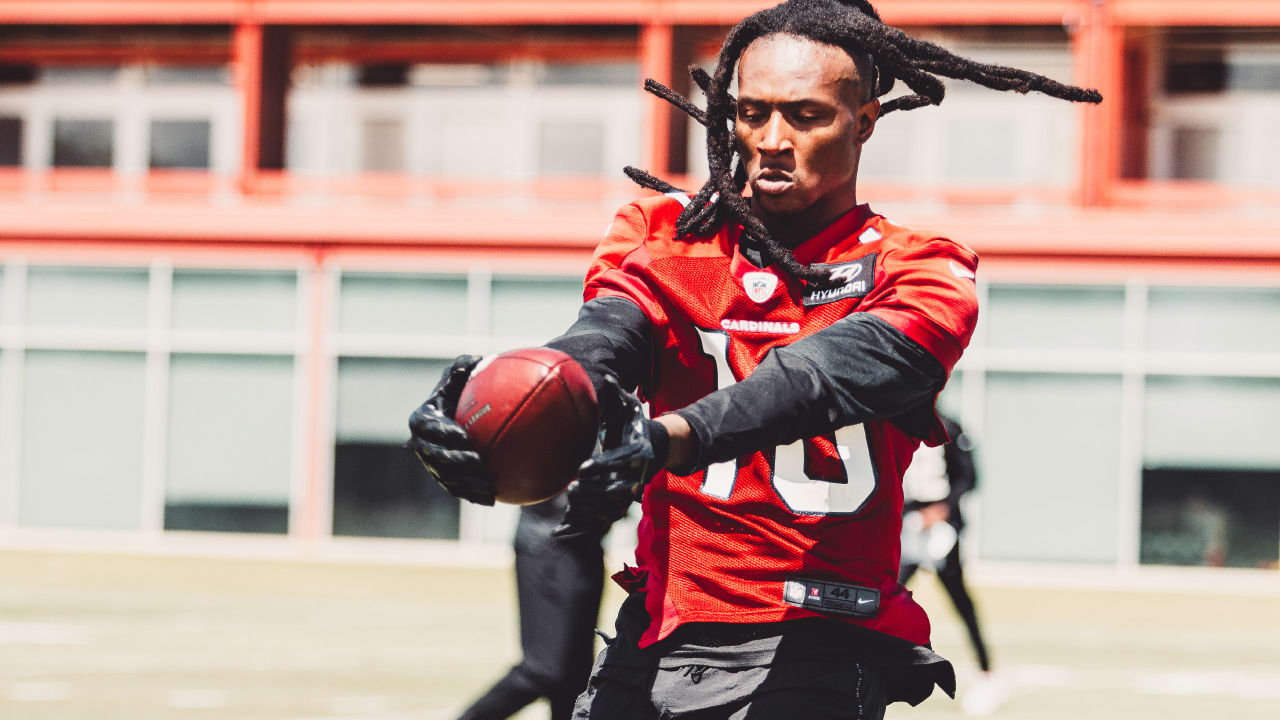 But as he did a year ago, Hopkins downplays any specific statistics he might seek, looking instead for that playoff berth that was at hand before the Cards struggled down the stretch.

“I want to win a championship,” Hopkins said. “I feel like a guy like me, who sees a lot of attention from a safety and a cornerback, I never compare numbers to how effective I am on the football field. If you know football, you know numbers really don’t affect the game. It’s the kind of player you are, taking the double-team and allowing someone else to be open.”

Such talk echoes what was heard from Hopkins’ (former?) teammate Larry Fitzgerald the last several years. Hopkins’ first Cardinals minicamp is the first Fitzgerald – who remains unsigned and potentially will be retiring – has not been a part of since 2004.

The revamped receiving corps might be missing Fitz, but it now has former All-Pro A.J. Green and second-round pick Rondale Moore. Fitzgerald’s impact was real – “I think Fitz made his mark on us last year, in the things that he taught us,” Hopkins said – but Hopkins also believes the receiving room is “definitely” improved over 2020.

Instead of Fitzgerald, Hopkins’ 2021 wingman is now Green, whose career derailed in the last couple of years in Cincinnati with injuries and who sought a fresh start. Hopkins had a previous relationship with Fitzgerald before coming to Arizona but not with Green – at least not directly.

But Green, four years Hopkins senior, is from South Carolina like Hop, and Hopkins grew up watching Green thrive in both football and basketball – both sports Hopkins played and starred in as well.

“I followed his career everywhere he went,” Hopkins said. “It’s an honor to be able to play with him.”

Hopkins has a similar vibe when talking about quarterback Kyler Murray, with whom Hopkins says chemistry improves all the time.

“For me to be able to play with someone like that in the prime of his career, I’m just hoping I can come in and make him better too,” Hopkins said.

It’s probably safe to say Hopkins will be able to do that – at least at the level worthy a second-round pick.