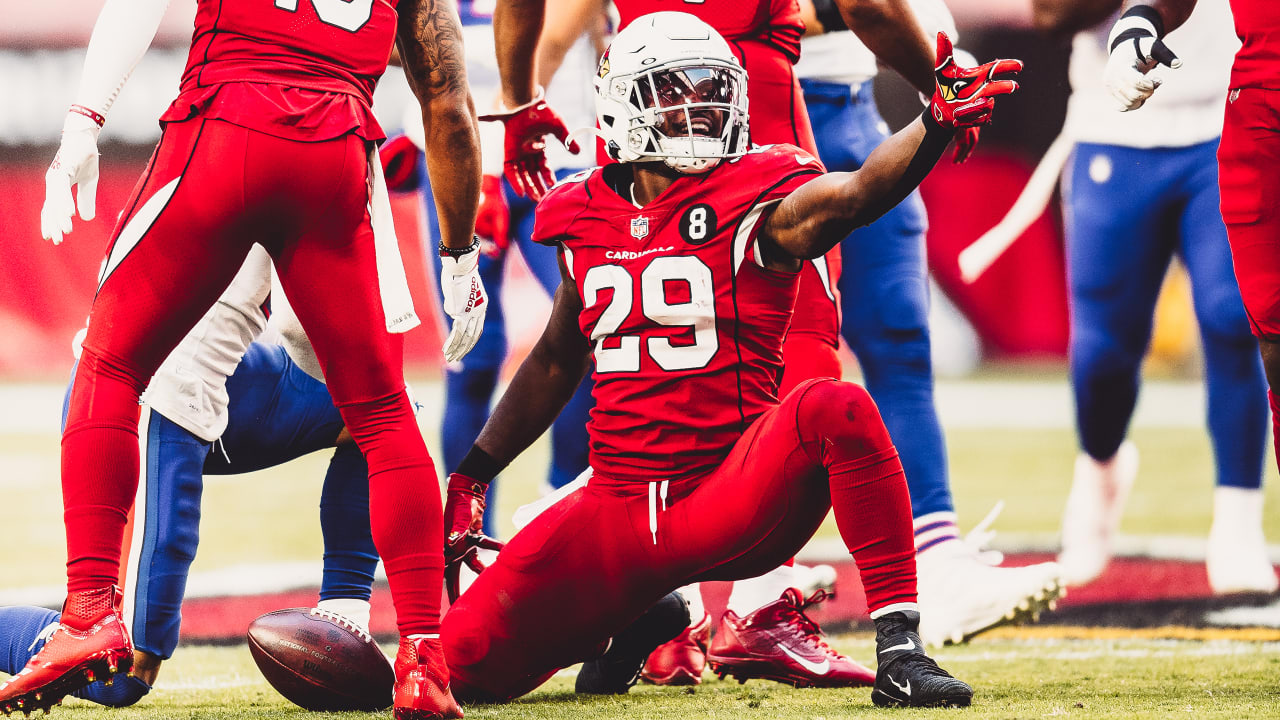 Edmonds was one of the Cardinals’ most dynamic offensive players last season, carrying the ball 97 times for 448 yards and a touchdown while adding 53 receptions for 402 yards and four scores.

The former fourth-round pick has averaged 4.8 yards per rushing attempt in two seasons under Kingsbury, but has only carried the ball more than 11 times in a game twice in that span.

While his first showing as the main ballcarrier was sensational – 27 carries for 126 yards and three touchdowns against the Giants in 2019 – Edmonds got hurt the next game against the Saints.

Last year, he had only 70 rushing yards on 25 carries against the Dolphins in the lone game Drake missed, which has given critics reason to be dubious.

“I know there’s doubts about my frame and about how little I am and about, ‘Oh, he got injured when he had a full load,’ or, ‘Every time he gets a full load he doesn’t produce the same way,'” Edmonds said. “I read it all, bro.

“I may not be your typical 20-carry guy. Not every running back is a 20-carry guy. But I believe I’m certainly capable of being a 20-touch type-of-guy. Whether that’s 15 carries and five grabs, or 16 carries and four grabs. I feel like there’s unique ways you can get a player the ball a decent amount of time, and it doesn’t have to be a Derrick Henry or Nick Chubb style, just running up the middle. For people to believe I’m not that type of guy, that’s their opinion, but I believe if I have 20 touches in a game, I can make some special things happen.”

The Cardinals signed ﻿James Conner﻿ a few weeks into free agency as a big-back complement, and Edmonds is excited about the pairing. He believes the Cardinals needed someone with that skillset to do the short-yardage and between-the-tackles running.

“That’s the beauty of football,” Edmonds said. “It’s such a team sport and everybody has to excel at their role. So you might not see me the last five minutes of the game, and I understand that. I understand you have to wear a team down where it’s an eight-, nine-man box and he’s able to take two guys for five yards. James can certainly do that, and I’m going to be right on the sidelines cheering.”