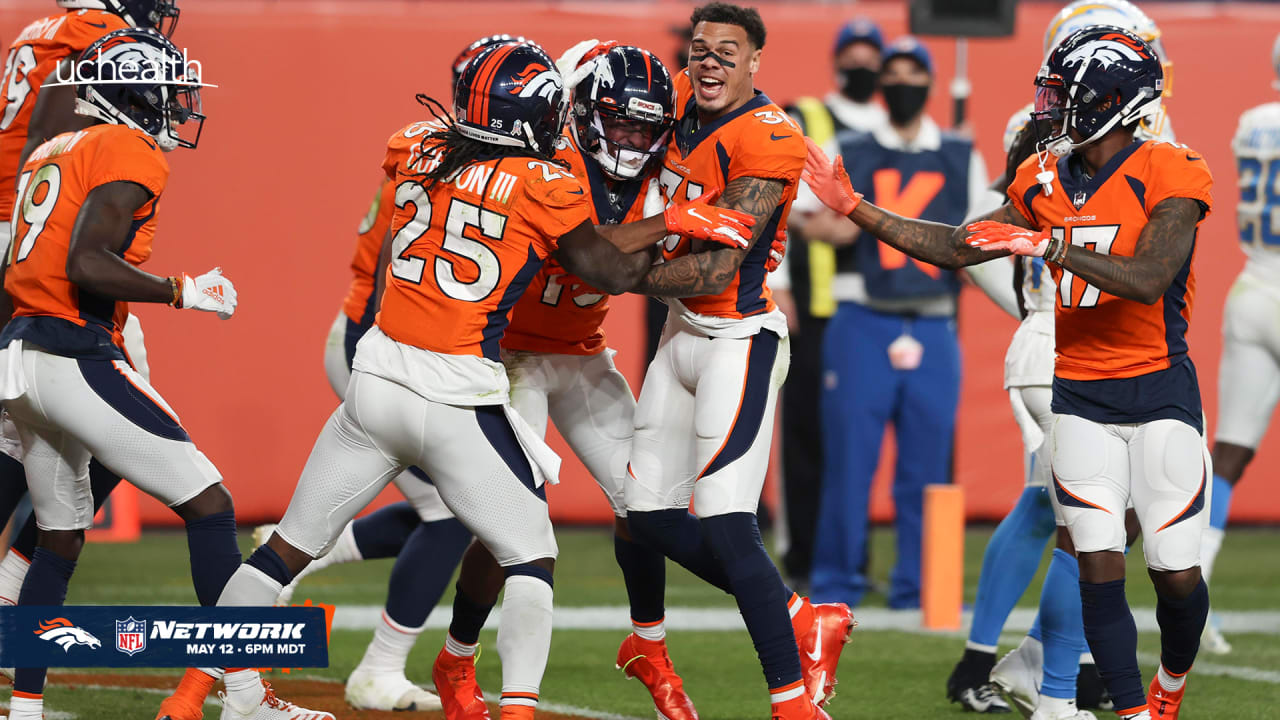 ENGLEWOOD, Colo. — The Broncos’ season won’t kick off for another few months, but with the 2021 schedule in hand, we can start to look ahead to some of the best matchups of the season.

As Denver prepares for the first 17-game schedule in NFL history, there are plenty of intriguing matchups on the calendar that could determine the Broncos’ playoff fate or be the next memorable game in team history.

All 17 contests figure to have their share of great plays, but here’s a look at the five games that caught our eye the most:

After two consecutive seasons in which the Broncos struggled early, their season opener against the New York Giants will be accompanied by a sense of urgency. It’s essential for the Broncos to get off to a quick start this season, and they’ll have a chance to do so against a Giants team that went 6-10 in 2020. The Giants, though, don’t lack star power, as running back Saquon Barkley and wide receiver Kenny Golladay should pace the offense. Away from the X’s and O’s, it should be an emotional matchup at MetLife Stadium. The Broncos and Giants will face off on Sept. 12, which is the day after the 20th anniversary of the September 11 attacks on the World Trade Center. The Broncos and Giants faced off in Denver on Sept. 10, 2001 — the last day before New York City and the world were forever altered.

The Broncos’ lone prime-time game of the season will come against one of the AFC’s best up-and-coming teams. The Browns were just a couple of plays away in January from knocking off the Chiefs in the Divisional Round of the playoffs, and they return both an exciting offense featuring Baker Mayfield and Odell Beckham Jr. and a strong defense led by former first-overall pick Myles Garrett. Denver may not have many opportunities to play in front of the entire country this year, so they’ll want to make the most of this Thursday night game. The game comes in the middle of a five-week stretch in which the Broncos play four playoff teams, and a win could go a long way when the playoff race heats up later in the year.

Denver’s first matchup with the Chiefs — a Week 13 game in Kansas City — should give the Broncos a sense for how they stack up with the five-time defending AFC West champs. Their first-ever Week 18 game, though, could determine whether the Broncos are headed for the postseason for the first time since 2015 or if the postseason-less streak lives on. The Broncos finish their year with three consecutive division games, and it’s quite possible the Broncos will need to win at least two of the three contests to earn a playoff spot. With a losing streak to the Chiefs that dates back to 2015, nothing would be sweeter than to beat the Chiefs in front of the home crowd.

The last time the Broncos played at AT&T Stadium, they won a 51-48 shootout at the buzzer. Peyton Manning’s unexpected bootleg touchdown remains the lasting memory from that contest, and if the two teams give us anything like that game, it will be another instant classic. The Broncos will have their hands full with an offense that includes Dak Prescott, Ezekiel Elliott, Amari Cooper and CeeDee Lamb, but it’s possible the Broncos can score some points of their own against a defense that allowed the fifth-most points in the league last year.

This midseason matchup may not seem like the most intriguing matchup at first glance, but it should pit two teams against each other who are both battling for the playoffs. Last season, the Broncos and Chargers played a pair of nail-biting games, and they split the two contests. KJ Hamler’s last-second touchdown to cap a 21-point comeback at home instantly became one of the Broncos’ best moments of the last decade, and the Broncos will look to replicate that success against Justin Herbert and Co. The Chargers are a trendy pick to make the playoffs, so the two games between these two teams could determine which AFC West team has an inside track toward the postseason. It will be particularly interesting to watch the Broncos’ defense try to slow down Justin Herbert, who was the 2020 NFL Offensive Rookie of the Year.

The Broncos will likely face off against the first-overall pick, Trevor Lawrence, in just the second week of the season. Perhaps a Tim Tebow reunion could be in the cards, too?

After two road games to start the year, the Broncos will host the Jets in their home opener and could see second-overall pick Zach Wilson. If all goes well, Denver will hopefully have a full house to make Wilson’s life difficult as he tries to direct New York’s offense.

In this game, we’ll get to see how Head Coach Vic Fangio game plans for 2019 MVP Lamar Jackson in his first meeting with the talented young player. Former Bronco Derek Wolfe is also slated to make his return to the Mile High City for the first time since signing with the Ravens ahead of 2020.